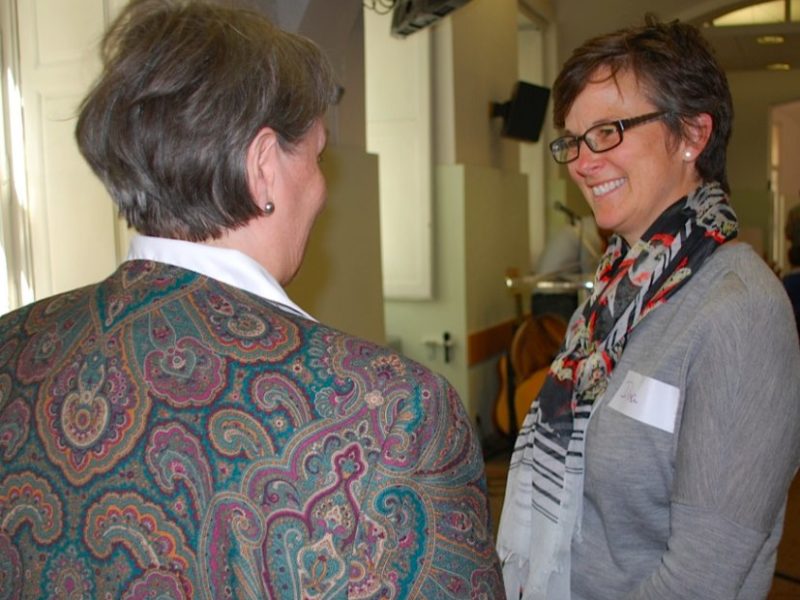 A recent billboard in Austria

Many times we think that immigration is only an American issue, yet as a missionary living in Europe I have seen that immigration is a global issue. People are moving across borders for countless reasons, from improved living conditions to fleeing oppression, from economic reasons to reuniting with family members. In the midst of this movement, I have watched as different groups use the Bible to defend their position either for or against the strangers in their midst.

As Europe Area Global Partners Directors, we currently live in Austria where they are holding their elections for the Austrian legislature at the end of September. A political party here has placed a series of billboards all over town that say, “Love your neighbor. For me, these are our Austrians.”

Was Jesus saying “Let’s look out for those who are like me”?

In fact, that line of Jesus was referring back to Leviticus 19:34-35, which says: ” When a foreigner resides among you in your land, do not mistreat them. The foreigner residing among you must be treated as your native-born. Love them as yourself, for you were foreigners in Egypt. I am the Lord your God.”

Jesus was not saying, “Love those like you.” He was saying our neighbors include foreigners. A local Christian explained this party’s platform by saying that they believe Austria should stop allowing foreigners, immigrants, and refugees in and just focus on themselves. At the foundation of this thinking is the desire to preserve a “pure” Austrian culture.

Just last week I was walking in the city and saw a placard with this very sign (pictured above). A gentleman happened to be looking at it at the same time and walked next to me. He rattled off a few sentences to me, and asked me a question I didn’t understand. I had to confess, with apologies, that I only spoke a little German. To my surprise he didn’t just walk on; he slowed his speech down and engaged in a small conversation. Through body language and the few words I could pick up, I could tell he also didn’t agree with the message of the sign. Though we were from different cultures and spoke different languages, we could agree together that the message this group was conveying was not the biblical message of welcoming the stranger.

Immigration is an issue in the United States, but also far beyond the States. In Europe there are many small countries trying to figure out how to keep their own culture and sense of identity intact, while allowing for more open economic trade. Our experience coming to Austria has given us a small taste of what being an immigrant is like. However, unlike the average immigrant, both my husband and I have master’s degrees, are financially stable, and have a network through which we found an Austrian who helps people navigate the immigration process. In reality, without this we would be lost in the endless maze of the immigration system.

Unlike the average immigrant, our financial situation allowed us to find the correct information and accurately certify what we needed. Our college degrees afforded us the waiving of an initial language requirement. Having a taste of the immigration process in another country has given me a heightened empathy for immigrants who don’t have the resources we have and are still lost somewhere within a confusing and, at times, broken system.

Since the plight of immigrants is both real and global, Global Partners is developing a new outreach to immigrants in Europe. This isn’t a haphazard decision, but flows out of the foundation of our identity as Wesleyans. Our history as Wesleyans calls us to fight for justice and stand up for those who are being oppressed.

All the discourse about immigration in the United States and Europe has me wondering sometimes, “Just who is my neighbor?” The expert in the law from Luke 10 asked that question with a motivation to justify himself. His desire was to define neighbor as the smallest group possible, those people most like him. Yet if we keep Leviticus 19 in our minds, we will remember to love the foreigner living in our neighborhoods.

Dina Horne is an ordained minister serving in Europe for The Wesleyan Church. Her husband, David, is the Europe Area Director of Global Partners.