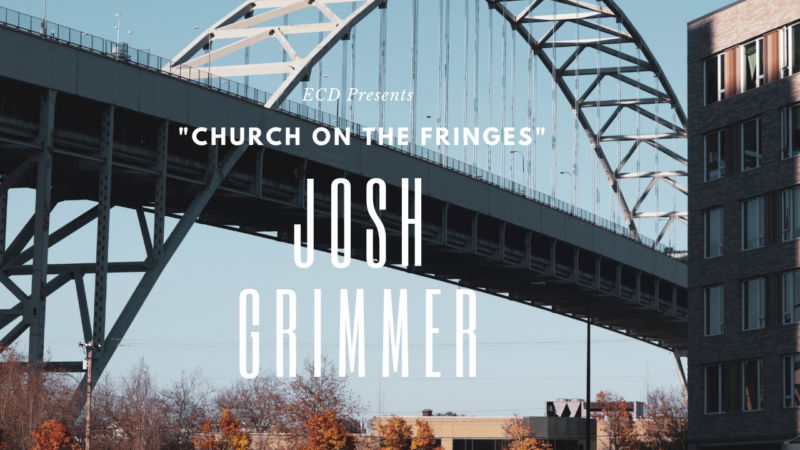 Church on the Fringes

"The culture forces the church to 'get deeper rather than wider,' focusing more on the quality of relationships rather than the number."

If you meet pastor Josh Grimmer on the streets of Portland, he won’t invite you to his church. He’ll likely invite you to play spike ball or to join a board game club.

On an average day, you’ll find Grimmer baby-sitting for other church families who live in his house or neighborhood, or organizing classes at an after-school program for refugee and immigrant middle-schoolers.

“There’s not that much to do at the church, it’s more of being,” said Grimmer, who recently completed his six-month residency at Church for Neighbors after graduating from Indiana Wesleyan University’s (IWU) Kern program last spring.

“We don’t exchange money. We never Uber; we just call each other for rides. We’re a family, we’re devoted to each other,” he said. “Whenever we move, we make it close to each other.”

Grimmer grew up in Michigan and chose to attend IWU to pursue his calling to ministry. While his time at IWU opened his mind to new ways of thinking, it also convinced him he was called to do something other than what is expected from a traditional church pastor.

“I wasn’t into the models and systems I was learning about. It wasn’t inspiring anything in me,” he said.

Grimmer was at a conference in Atlanta when a seminar by a pastor from Portland about the “post-Christian church on the fringes” piqued his interest. The pastor said the church in Portland was on the outside and was mistrusted by most.

This idea of an “outsiders” church grabbed Grimmer’s attention. “I was excited by the opportunity to do something really different, out of the ordinary,” he recalled.

Grimmer called his wife that night and asked her, “Do you want to move to Portland?” She agreed and, after the Wesleyan district put them in touch with a Wesleyan pastor leading a house church in Portland, they moved across the country.

Grimmer soon learned about the mistrust of the church that the pastor at the conference in Atlanta had been talking about.

“When I first moved here, people asked me, ‘What do you do?’ I said ‘I’m a pastor,’ and it was like a disk-scratch. They had a palpable reaction,” he said. He quickly learned not to preface interactions or auto-sign emails with “pastor” as a title.

He also saw church models that work in other parts of the U.S. fall flat in Portland. When Grimmer and his wife first moved, a well-funded church plant was trying to start services in a Portland movie theater. The planters spent $200,000 on mailers alone.

The mailers not only alerted the community to the church’s presence, but also the “definition of marriage” listed on its website. An LGBTQ group picketed the theater every day until the church moved elsewhere.

For some Christians in Portland, however, the culture hostile to the traditional church is an opportunity to rethink what’s really essential for the church.

“For one, it forces us to strip away what’s not really important. It strips away a lot of the finances, programs and details,” Grimmer said, adding: “Do we need to spend that much on mailers?”

With buildings and budgets stripped away, Grimmer has been able to “identify with the church as an organic, loose, fluid movement.”

He said the environment in Portland compels the church “back to our roots,” pointing out that meeting in homes is nothing new. The culture forces the church to “get deeper rather than wider,” focusing more on the quality of relationships rather than the number, he said. In that context, having a house church in each neighborhood becomes much more functional than a single megachurch. 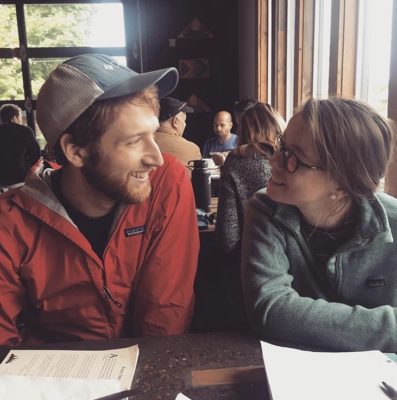 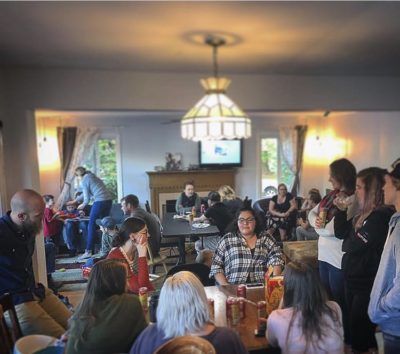 When the focus becomes relationships, spike ball and board games really do become the work of the church. Grimmer said social get-togethers, rather than the front door of a church, serve as the entry way into the community. Not everyone is ready to step into a worship time, he said. Newcomers start by getting to know the community through gatherings organized by the church community, and then join in on the worship services once they’re ready.

“I think one of the most helpful things the church (in Portland) has done for me is flipping the idea of inviting people to church on its head,” Grimmer said, explaining that coming to a church service isn’t the starting point for relationships in their community.

“The church service is not the apex of your Christian journey, it’s just one aspect,” he said.

Another fruit that has grown in the church desert is “tremendous” cross-denominational support, Grimmer noted. Whether Catholic or protestant, all Christians share a sense of commonality and solidarity in Portland. Grimmer’s current spiritual director is a Catholic priest.

Grimmer sees Portland and the cities of the Pacific Northwest as a front line where God is teaching the church resilience for the future. He sees God calling Christians to the region “to learn how to be the church.”

“Some of the biggest movements in the church have come from the fringes, where the church is trying new things and pushing on the problems,” he said.

While this “church on the fringes” lacks the traditional indicators of power and authority that churches in the U.S. have relied on for decades, it may in fact be the mustard seed through which the kingdom will continue to flourish in a post-Christian culture.