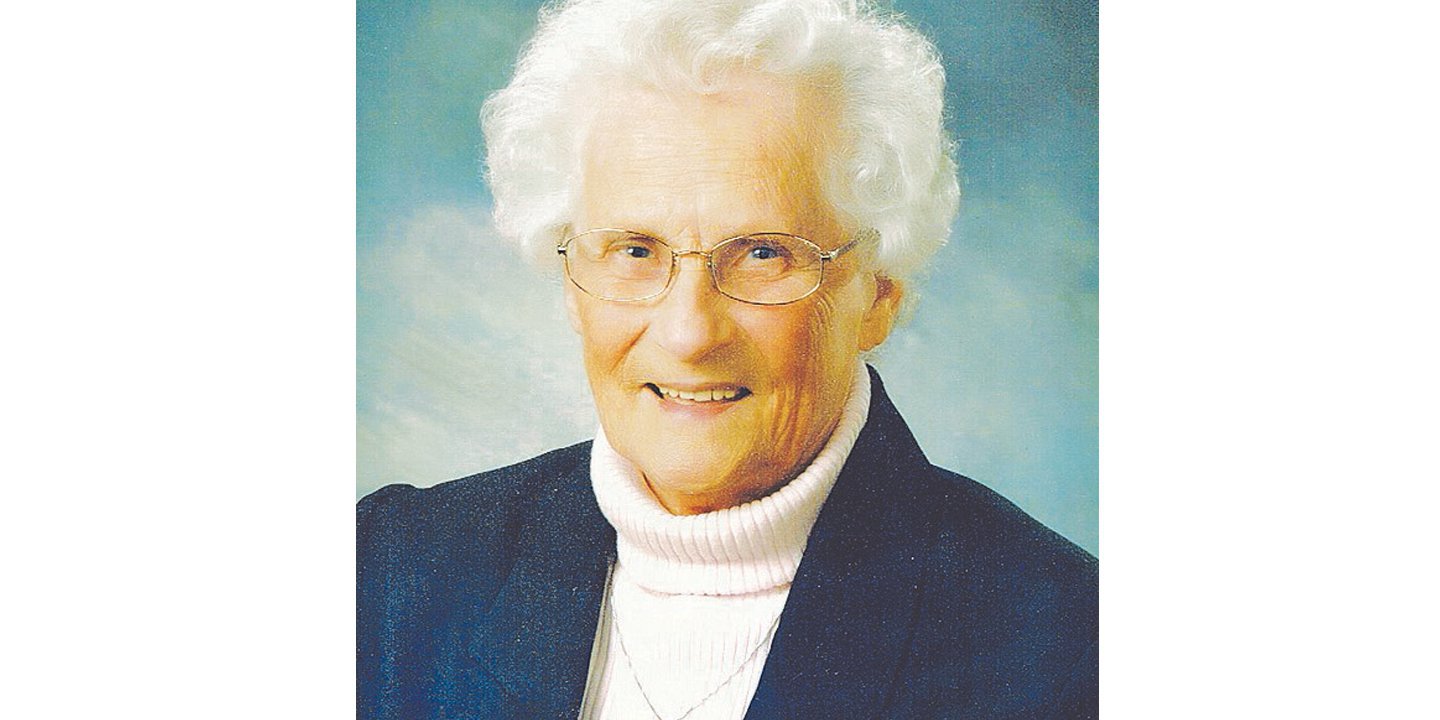 Rev. Lois Williams is remembered as an energetic and kind woman who simply loved to "preach about the love of Jesus."

For a man of the cloth to serve in active ministry for 75+ years is rare. For a woman of the cloth to do it is all but unheard of. Ninety-four-year-old Lois Williams, an ordained pastor in The Wesleyan Church, died Friday. She had accepted Christ into her life at the age of 15 in 1937 in a Methodist Church in McCluskey, Ill., and was called into ministry the next year. She came to Iowa in 1941 to help establish a children’s ministry and never left.

The 5’2″ ball of energy never claimed to be a fire and brimstone preacher, preferring storytelling and using parables to share God’s love and grace. But anyone who knew her saw a woman of incredible energy and enthusiasm. Some would say she simply outran bouts of cancer, a back that demanded surgery, and a broken arm.

She never tired of talking about her farmstead on Highway 137 between Albia and Eddyville that was stocked with antique tractors, her late husband’s 1938 Chevy Coupe, a four-wheeler, and tools to create a huge garden each year, but she admitted that she didn’t spend much time there. She was too busy with ministry.

There was very little hint of denominationalism with Pastor Lois. Ordained in The Wesleyan Church in 1952, she received her education in religion from Vennard College and educational instruction from William Penn College. She would say, “I’ve worshiped and prayed with Pentecostals and high church people. It’s not how you worship on Sunday, but how you live out the rest of your week.”

There was also almost nothing she couldn’t learn to do if it helped her minister to people. She taught herself to play the piano, accordion, and guitar. Her churches never lacked music.

Pastor Lois lived by a quote she attributed to her father, “It is better to wear out than rust out,” and it was how she served her communities well into her 90s. Thinking about her friends at Oakwood Nursing Home, the Monroe Care Center, and her aging parishioners at her two small rural parishes she answered her own question when she said, “My people aren’t getting any younger. Who will minister to them if I don’t?”

She was honored in 2011 by [The Wesleyan Church] for 70 years in the ministry. She was embarrassed by the fuss. She would have pooh-poohed the idea that she was a pioneer as a woman in the ministry. Lois Williams really didn’t like to complicate things.

“I love to preach about the love of Jesus,” she said. “That’s all.”

Read the original story. Used with permission from The Albia News. Read her full obituary.