What is the future of the church? How do we navigate a rapidly changing culture and discern a new way forward?

Perhaps the answer lies in our past.
As we look back our memory can spark imagination for what’s next.

The Wesleyan Church is the result of an 18th-century revival, two 19th-century movements, and a 20th-century merger . . . strong roots which sustain a 21st-century vision for spiritual transformation across North America and around the world. 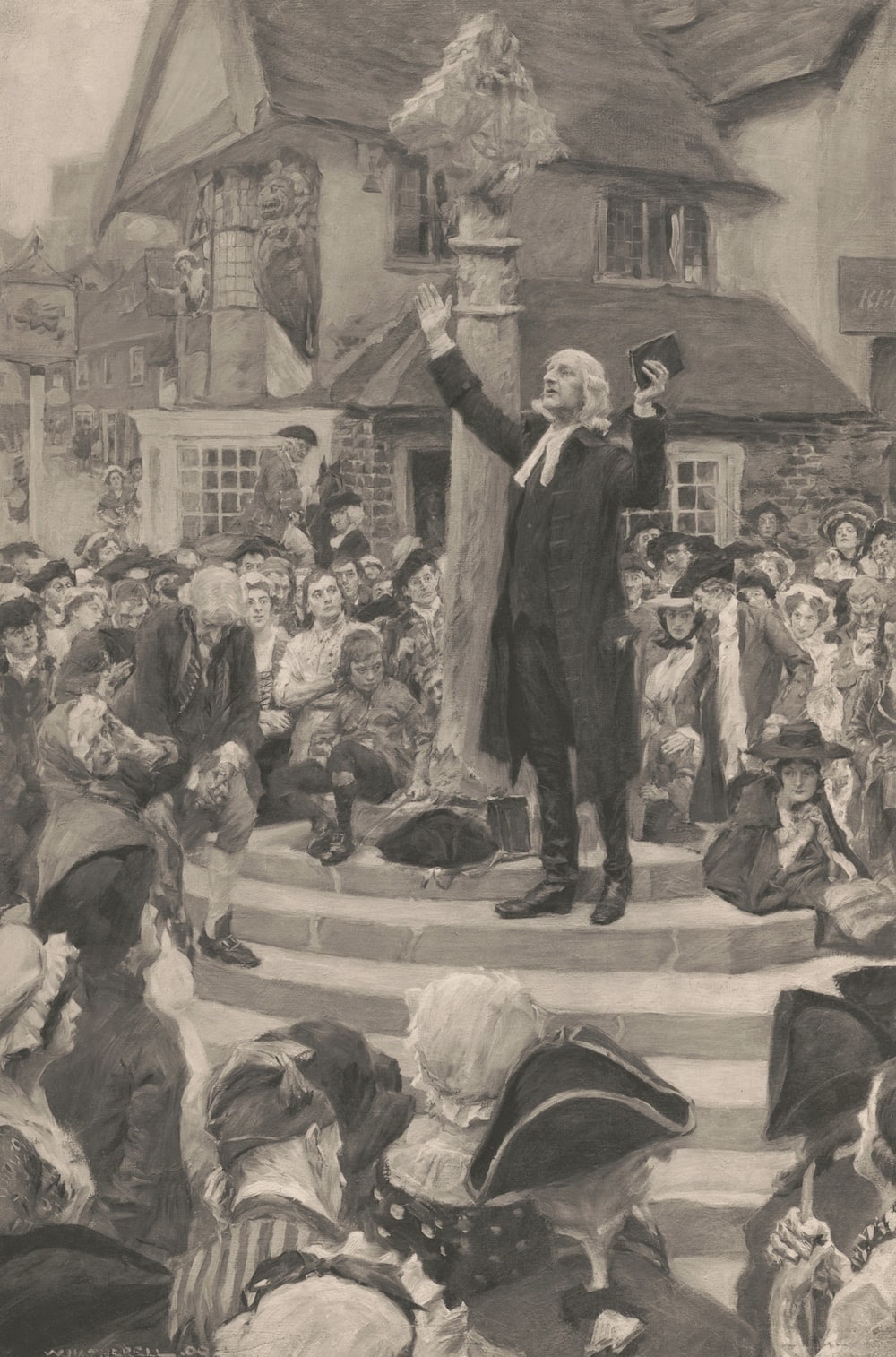 Our name honors John Wesley, whose life-changing experience of God’s grace in a small-group meeting on Aldersgate Street in London in 1738 was the catalyst not only for a spiritual revival of historic proportions but also for significant social reforms in the name of Christ. That dual emphasis on revival and reform found expression among Wesley’s followers in America too.

In 1843, when the silence of America’s churches on the issue of slavery was deafening, a new denomination arose – an abolitionist denomination. Led by Orange Scott, the Wesleyan Methodists called for an immediate end to slavery. Wesleyans even planted anti-slavery churches in the South before the Civil War and were active in the Underground Railroad as well. Laura Smith Haviland, often mentioned in the same breath as anti-slavery heroes like Harriet Tubman, opened Michigan’s first “station” on the Underground Railroad in her home, started the first racially-integrated school in her state, and personally led groups of escaping slaves to freedom herself.

It’s not surprising, then, that Wesleyan Methodists also championed women’s rights. The first convention on women’s rights in American history was held in the Wesleyan Chapel at Seneca Falls, New York, now a national historic site, in 1848. Luther Lee, a prominent Wesleyan minister, preached the ordination sermon for the first woman ordained to the Christian ministry when no one in her Congregationalist church would accept the challenge. The second woman to be ordained was a Wesleyan, Mary A. Will of Illinois. Wesleyans have been ordaining women for more than 150 years.

In addition, Wesleyans were among the first to give the laity significant roles in church leadership. It was an extension of that same commitment to the marginalized and undervalued in church and society that drove their efforts on behalf of women and slaves. They had learned from Wesley that loving God and loving others, in deeds as well as words, is applied holiness.

When holiness advocates in other denominations found themselves marginalized in the late 1800s, two ministers – one a Methodist and the other a Quaker – joined hands to create a non-denominational Holiness Union for their support. They were a good team. Martin Wells Knapp was a prolific organizer and Seth C. Rees a dynamic evangelist. After establishing a Bible college, a foreign missions agency, multiple publications, and Christian social services such as an orphanage and an inner-city mission, their non-denominational ministry became a denomination in its own right under the leadership of George B. Kulp.

Through a cluster of mergers in the 1920s they emerged as the Pilgrim Holiness Church, identifying with the biblical reference to believers as “pilgrims” on their way to heaven. Like the Wesleyan Methodists, the Pilgrims valued women in ministry. Eventually one, Jo Anne Lyon, would be elected to lead her church as its general superintendent after yet another merger. 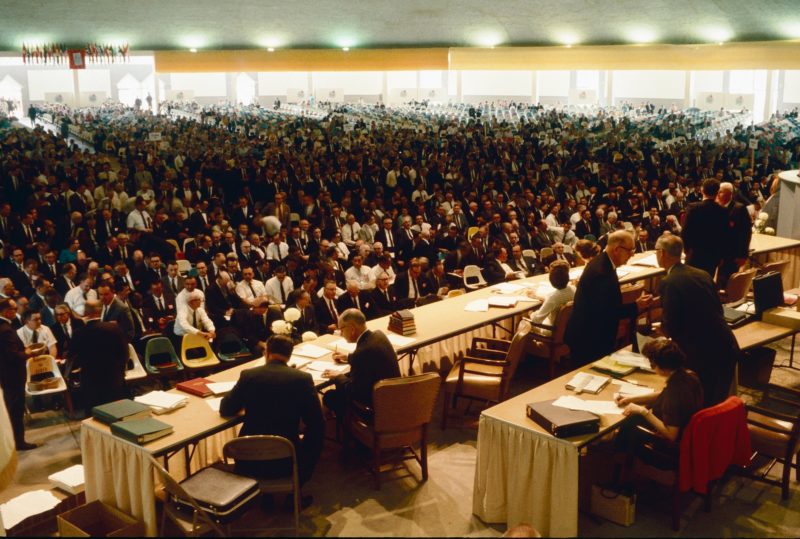 Virtually identical in theology and very similar in government, the Wesleyan Methodist Church and the Pilgrim Holiness Church merged in 1968. The banner overhead at the uniting ceremony spoke for everyone through its message from John 17: “One –That the World May Believe.” In that spirit, today’s Wesleyan Church was born.

The combined membership of the merged churches in 1968 was 122,000. Now almost 600,000 gather for worship in Wesleyan churches around the world each Sunday. Today the Wesleyan Church has a presence in 99 countries around the globe. The denomination’s educational system includes five colleges and universities in addition to a seminary in North America, along with many Bible colleges and other schools globally.

That historic call to holiness of heart and life still binds Wesleyans together as a diverse family of multiple nationalities, races, languages, and cultures, striving to be catalysts for individual and social transformation. For current General Superintendent Wayne Schmidt, that means making a difference in every ZIP or postal code in North America.

Learn more about our history in the Wesleyan Archives. 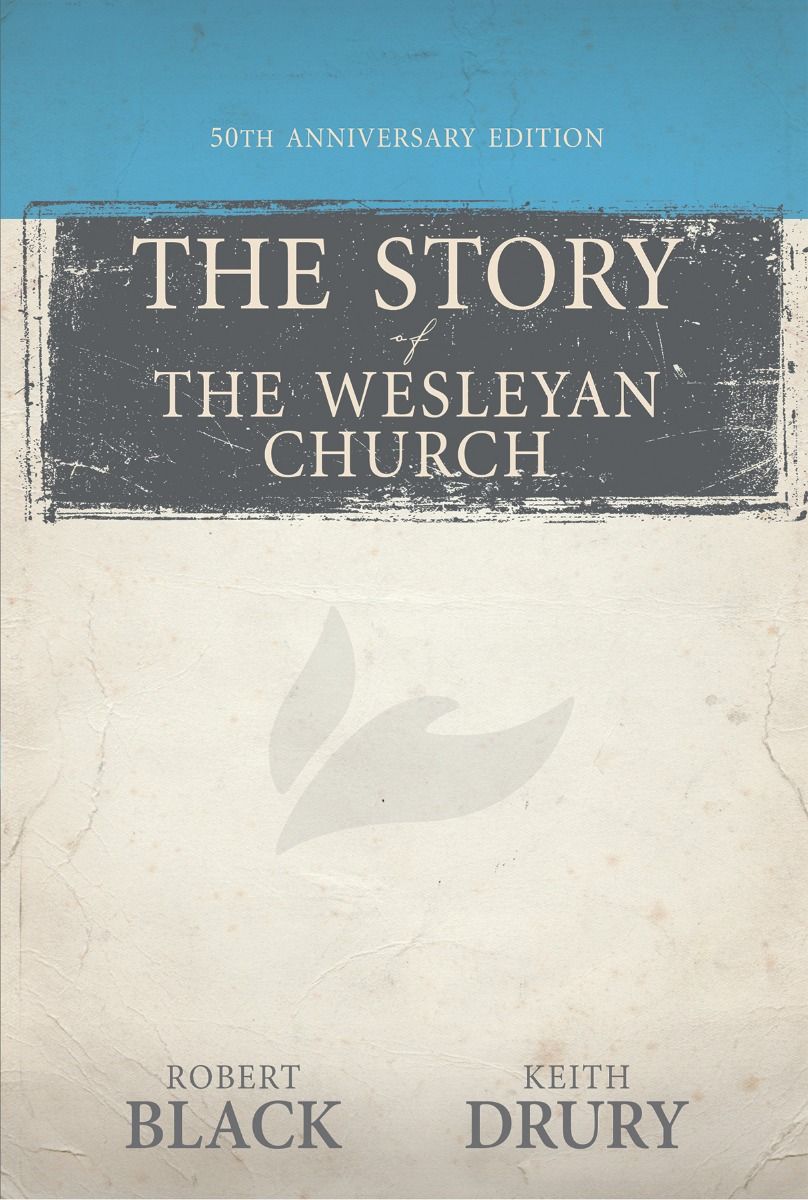 The Story of The Wesleyan Church

From its fiery revivalists to socially conscious reformers, The Wesleyan Church is a movement with a rich tradition and inspiring history in America. Robert Black and Keith Drury trace the church’s heritage from its roots in European and American Methodism, through the 1968 merger of the Wesleyan Methodist and Pilgrim Holiness Churches, all the way to recent historic events.

With a contemporary, conversational style, The Story of the Wesleyan Church offers a reader-friendly narrative of the growth and development of the church. Photographs throughout the book, with detailed captions, provide a journalistic map for easy access.

The coauthors each represent one of the merging denominations which formed the church in 1968, weaving Pilgrim Holiness and Wesleyan Methodist threads into a single, colorful tapestry that both represents the history and anticipates the future of The Wesleyan Church. Pastors, students, and others interested in what God is doing in the world will not want to miss this narrative history.

Celebrating every time a disciple makes a disciple and a church multiplies itself until there is a transforming presence in every ZIP code.