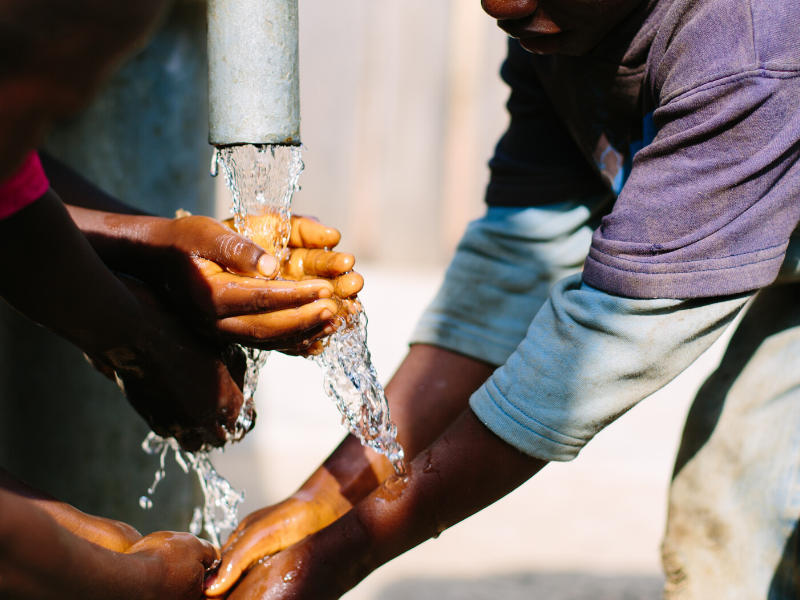 A call during crisis

World Hope International is answering the call for clean drinking water in West Africa, even in the midst of COVID-19.

A few weeks ago, I was on a call with Bishop Tendero, secretary general of the World Evangelical Alliance. He was discussing briefly what is happening around the world with COVID-19.

His first words struck me, “In the Philippines, our mega churches have turned their church buildings into hospitals.”

I immediately thought of our Wesleyan churches in Sierra Leone during their Civil War. They generously turned some of their churches into “hospitals” for nursing mothers near starvation unable to produce milk for lifeless babies. The data following all this was that mothers and babies in our Wesleyan churches had a 99 percent recovery rate.

A second conversation was with David Beasley of the World Food Programme from Rome. He stated that three billion people are locked down in the world at this time. This is difficult to imagine, as most of the world lives in small quarters with multigenerational groupings and much of life is lived outside. He continued to discuss conflict and war happening in various parts of the world during the COVID crisis as well as drought occurring and the predictions of spreading.

But Beasley’s words of the future stunned me: “We are predicting a famine of biblical proportions.”

I well remember being in Ethiopia in 1985 in what is still considered to be the largest famine in recent history. I was changed forever and cannot imagine what this future will hold.

A third conversation was with Dr. Aiah Foday-Khabeenje, general secretary of the Africa Evangelical Alliance. He gave a brief update on the continent, saying, “The virus is more active in the South and North but is now moving into the West and Central.”

He asked a rhetorical question and answered it, “What do we need to stave off the virus? We need clean water. We cannot wash our hands in the sand or dirty river water.”

As he said that, I thought to myself, “I know this, but I don’t always comprehend it.”

I began to think about water in various ways. Yes, the clean water will help with handwashing, but it will also stave off cholera and other waterborne diseases. In addition, when communities have wells, they can water their garden during dry seasons and droughts and have food to eat.

World Hope International (WHI) has been in the water and sanitation business for many years, drilling rigs in various countries, as well as water desalination and working in water distribution for entire communities through piping and other means.

So, I began to inquire in West Africa (specifically Sierra Leone and Liberia) as to their situation.  Immediately, I received the same answer: “continue to do clean water, as we have been doing.”

However, Wellington Kollie, WHI country director in Liberia said, “We are locked down with a curfew of 3 p.m. So, it is impossible to take the drilling rig out in the rural areas, but we have located many broken wells here in the Monrovia (capital) area.” He went on to suggest, “If we could start rehabbing these many wells, this would be lifesaving now and in the future.”

I reflected on the words of David Beasley: “a famine of biblical proportion.” Now is the time to get ahead of this, and we have the opportunity in these two West African countries to work with our Wesleyan brothers and sisters. I am happy to report that, to date, 15 wells have been rehabbed in Liberia, reaching 25,000 people. The door is open to rehab many more.

N.T. Wright’s (a New Testament scholar) statement, “A loving God wants to redeem a broken world, and we have been called to ‘Make Things New.’”