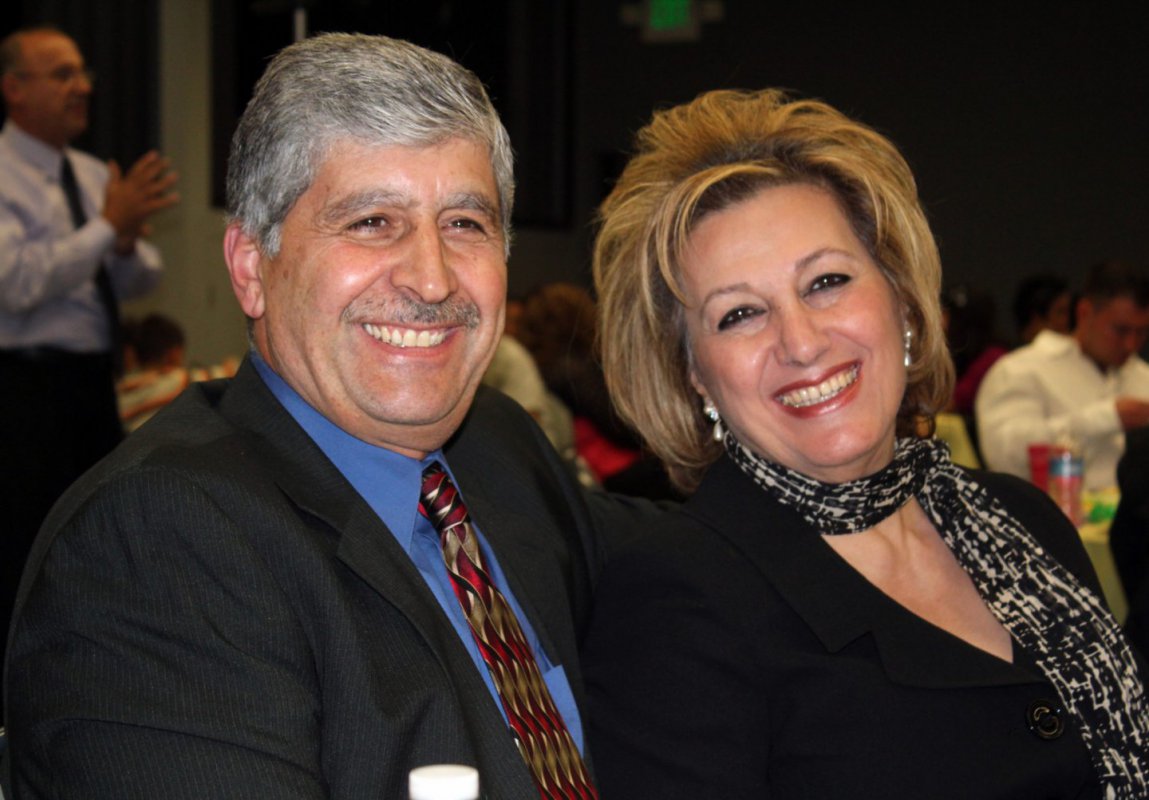 Juliet Jamil, a Chaldean who is an ordained minister in The Wesleyan Church, talks about her story of faith and how persecution from Saddam Hussein’s Baath Party forced her family from their home country. She will soon begin serving as assistant pastor at El Cajon Wesleyan Church in El Cajon, Calif.

I was born to Miriam and Aziz Sidi, a Chaldean Catholic and Aramaic-speaking family that lived between Mosul (Nineveh) and Baghdad, Iraq. I met my husband, Issam,at the University of Baghdad. I graduated with a B.S. in math and my husband in physics. After graduation, we married and had our first son, Ammar.

We had to flee Iraq because we were under threat for refusing to join Saddam Hussein’s Baath Party. We moved to a neighbor country, Kuwait, and lived there for ten years where I was a high school math teacher, then a computer programmer. Eventually, we fled Kuwait because of the Iraq-Iran war at the border and we were afraid we would be forced to go back to Iraq again. At that time, my husband was a business associate with an American company, which sponsored us to come to America and become U.S. citizens.

Our life changed four months after our arrival in America where we converted from Catholicism to Protestantism. We soon started holding prayer meetings at home. The Chaldean community we belong to was on our hearts, so we began serving by reaching out and evangelizing that community showing them the love of God seen in Jesus. We were serving in many venues: teaching, preaching, interpreting the Scriptures, and trying to help with people’s daily needs to adapt to the new life in America. I found joy in serving my people. I rejoiced when they accepted Jesus in their lives, and watching them grow in the Lord was my delight. We also became real estate and mortgage brokers and owned our own business for more than twenty years. We had two more children in America, my daughter, Janna, and son, Eissa.

During that time, I did not know this was called ministry or pastoral work. I knew I was called to serve, but I had no idea that women can be ordained to serve as pastors–until I joined The Wesleyan Church.

Finally, I found the answer to my questions, for what I am doing is a calling from God to be a pastor. The picture for my life soon became clear: since childhood I had visions drawing me closer to God. He opened my eyes to see the meaning of how I lived. I had to obey the voice of God to follow him in the mission he had prepared and assigned for me, seeking the lost souls that he died for.

I have completed two years of studies in a Master of Divinity (M.Div.) program at Wesley Seminary at Indiana Wesleyan University, and expect to graduate in 2015. Recently, I also completed an immigration law training program to be prepared to help launch a Board of Immigration Appeals certified immigration center which will be part of the community ministry of The Wesleyan Church in El Cajon, Calif.

In July 2014, I became the first ordained Chaldean woman in The Wesleyan Church. I have encountered negative reactions from my own community, because they haven’t seen an ordained woman serving in a pastoral position. I know that women have always had difficulties in history becoming ordained even in America. It gives me hope and strength to read about our Wesleyan women and how they obeyed God in their calling; it helps me have hope for women in my community.

I want be an encouragement and example to other women from the Middle East who are called to ministry–to see them come forward, because God has opened the doors for them to serve him.