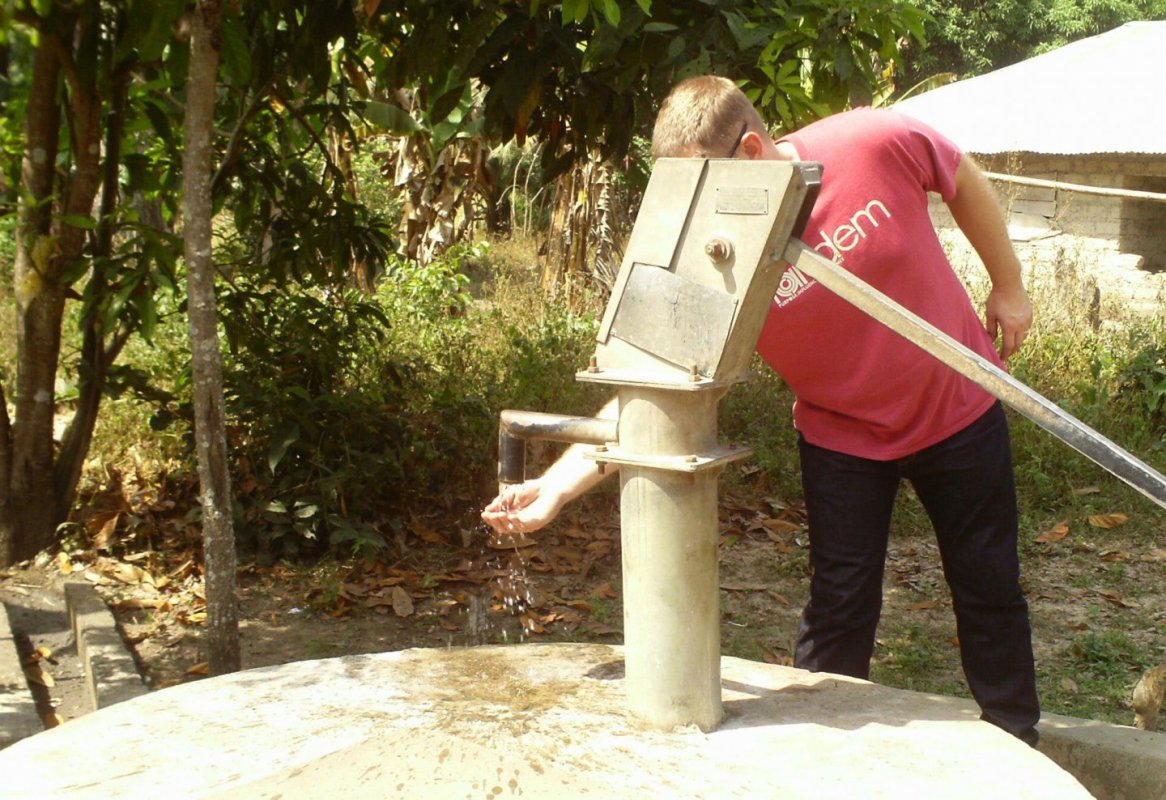 A “conspiracy” initiative is a favorite of Kansas church

Three years ago, a thought-provoking “conspiracy” intrigued Wesleyan pastor Rev. Tim Hughes. At Grace Point Church (the new name for Fairlawn Heights Wesleyan Church) in Topeka, Kansas, he soon convinced his board and congregation to invest in it. Choosing to be involved is one of the best things the church has ever done.

Every Advent season the church (average attendance, 350) participates in Advent Conspiracy. It is a practical twist applied during the four Sundays before Christmas, traditionally a period of spiritual preparation. The four tenets of Advent Conspiracy are worship fully, spend less, give more, and love all. Rev. Hughes tailored his sermons around these four themes, encouraging his congregation to think more of others during the time of year when we might be tempted to think about ourselves either by gifts that we covet or by impressing with giving expensive gifts.

“One main point we want to focus on with our congregation is to spend less on Christmas gifts so we can spend more to love all,” said Rev Hughes, who first became a youth pastor at Grace Point in 2002. As the senior pastor now since 2007, he has witnessed a “generosity shift” in the lives of many of the people.

When Grace Point began the initiative in 2010, Rev. Hughes wasn’t sure how his congregation would respond. But on the last Sunday of that year, the church offering totaled $25,000, with $13,000 designated as funds given towards the Advent Conspiracy.

“That day we doubled what we take in on any given Sunday,” said Rev. Hughes. Advent Conspiracy offering funds benefit both the local community and another part of the world. Some of the funds were given to The Bridge, a local non-profit that empowers at-risk children through after-school mentorship. Other monies financed the repair of three fresh-water wells in Haiti, and another portion was added to Grace Point’s benevolence fund that assists needy congregants with paying bills, marriage counseling fees, and other worthy causes.

Already in 2013, a team of eight traveled to Sierra Leone, Africa, to visit communities where wells have recently been built with their financial gifts, as well as talk about continuing their partnership. Grace Point partnered with World Hope International, the official Christian relief and development partner of The Wesleyan Church, in building the wells. This past year’s offering will benefit Trash Mountain Project, an organization that “builds infrastructures to meet the five-fold nutritional, hygienic, employment, educational, and spiritual needs of these most neglected and forgotten persons in several poor countries.”

The partnership between Trash Mountain Project and Grace Point will enable a group, which is traveling from the church to help this summer, to build a kitchen with the nonprofit’s first project in the Philippines.

In the past three years, those who attend the church have discovered that “generosity can be fun,” according to Rev. Hughes.

“We want people to spend less and think about others. We want people to have the mentality of not just giving to the church–but giving through the church.” Rev. Hughes enthusiastically said that it’s fun to gather together on the first Sunday in January and relay to the congregation what God is doing through their giving. He believes it fuels generosity, and that’s why the church keeps emphasizing the Advent Conspiracy.

“The initiative to give away that much money is a risk,” said Rev. Hughes. “But every time we’ve upped the amount, God has multiplied his blessings as we’ve stepped out in faith as a church. Too often we take the comfy and easy route but, if anything, I think churches need to risk more, especially when it comes to money.”

Photo is from a recent trip to Sierra Leone.