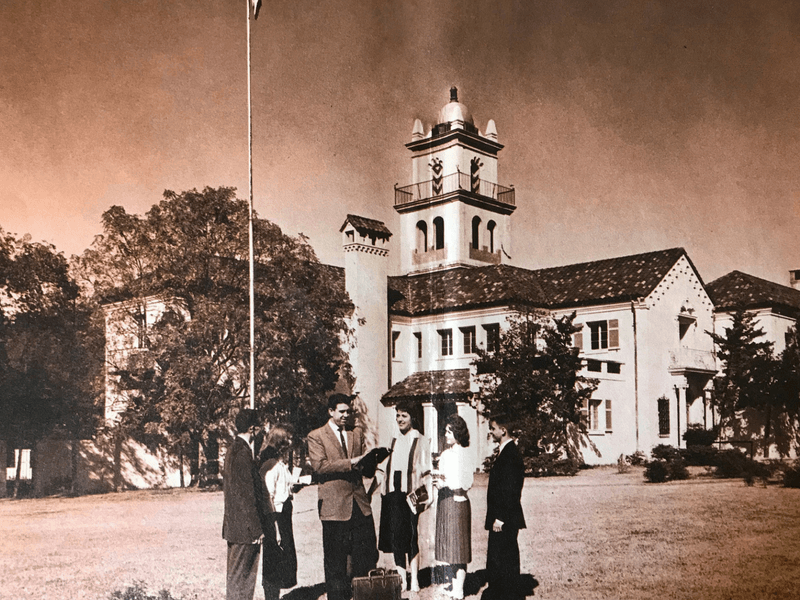 A flat tire paves the way for Oklahoma Wesleyan University

A pastor's broken down car, back in 1958, led to the existence of Oklahoma Wesleyan University.

Oklahoma Wesleyan University has a unique history — spanning a wide geographic and generational range, the result of a series of mergers between Bible colleges in California, Colorado, Kansas and Oklahoma.

OKWU, as it always has, models a way of thought, a way of life and a way of faith, grounded in four pillars — the Primacy of Jesus Christ, the Priority of Scripture, the Pursuit of Truth and the Practice of Wisdom. This mission — while not always articulated in these words — has been the cornerstone of OKWU since its founding more than a century ago, in the fall of 1909, at what was then Miltonvale Wesleyan College (MWC).

Founded by The Wesleyan Church to provide higher education in a Christian environment and led then by President Silas Bond, MWC served as a launchpad for hundreds of Christ-followers who continue to impact culture around the globe. Their mantra of “holiness unto the Lord” echoes today in the mission of Oklahoma Wesleyan.

In June of 1958, Pilgrim Holiness Rev. C.B. Colaw and his family found themselves on a road trip. While they had no plans to stop in Bartlesville, God — and a flat tire — had other ideas. Colorado Springs Bible College was considering a change of campus, and its president, Clarence Wert, mentioned to Rev. Colaw an old mansion for sale in Bartlesville. But there was no serious interest until God put the brakes on Rev. Colaw’s car (literally) and he went to see the run-down La Quinta mansion while waiting for car repairs. He fell in love with the building and what he knew the campus could be. Colorado Springs Bible College moved to Bartlesville the following year to become Central Pilgrim College and the other Pilgrim Holiness colleges relocated to the Bartlesville campus shortly after.

Following the 1968 merger of the Pilgrim Holiness and Wesleyan Methodist churches, Central Pilgrim College became Bartlesville Wesleyan College (BWC). In 1972, BWC and Miltonvale Wesleyan joined forces, and in 2001, changed from the BWC title to “Oklahoma Wesleyan University” as a reflection of the full, four-year liberal arts status of the university headed into a new millennium.

While many things have changed at OKWU and her antecedent schools in the last century, one most important thing has held true — the commitment to educating students who not only know Christ and his Word but put their faith and knowledge in action to change lives and impact cultures around the world. 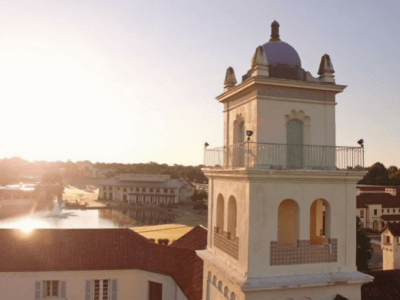