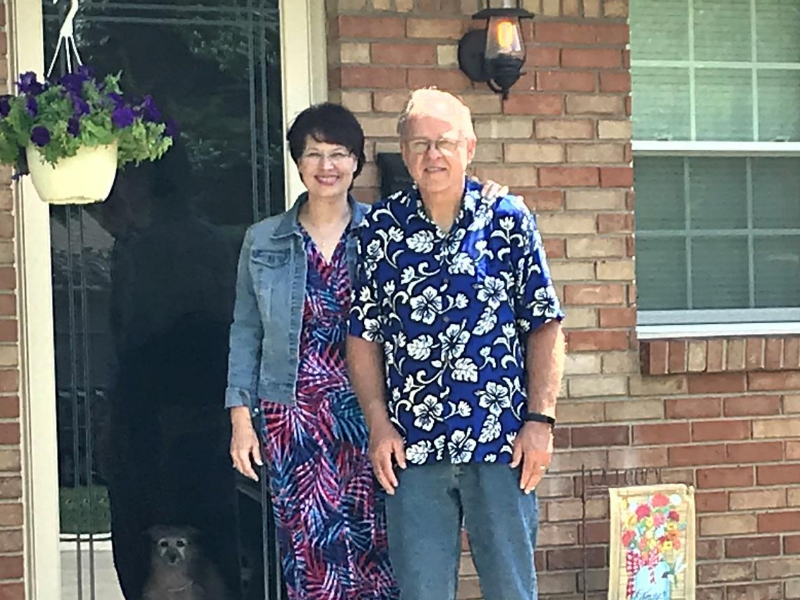 A move of God

We were looking toward Gary’s retirement and hoping for the opportunity to do more of the leisurely things we loved. Then God stepped in.

We have always been interested in new areas of ministry, so when our home church, Flintwood Wesleyan in Columbus, Indiana, began talking about planting a daughter church in nearby Edinburgh, we were naturally intrigued.

It was 2019, and my husband, Gary, and I were at a crossroads in our lives. Although our youngest son was still living with us, our children were grown and had lives of their own. We were looking toward Gary’s retirement and hoping for the opportunity to do more of the leisurely things we loved, such as travelling and playing golf.

We were close to paying our house off and had just finished a recent remodel we were pleased with. The remodel gave us more room for our two granddaughters to come and stay and gave me a more permanent office in which to work from home, since I had several more years before retiring.

That is where God stepped in.

Beginning that fall, Gary began helping with needed renovations at the Edinburgh church plant, named 500 North. He was increasingly excited about the ministry opportunities there and even took me to the annual Christmas parade in Edinburgh. That night I joked, “So this is part of the sales pitch, right?” I knew then he was seriously thinking about moving to Edinburgh.

I began to feel a calling of God to change positions within my company. The new job would require me to live within 30 minutes of Indianapolis. The house in Columbus was outside of that radius, but a move to Edinburgh was not. I applied for the position and prayed for God’s will to be done.

In the last week of January 2020, I was offered the new position. But were we truly ready to make a move? God had just allowed us to be successful in paying off our house, the place where we had lived for more than 20 years. We had just renovated it. It made no sense to move.

We prayed and trusted God. He led us to a house in Edinburgh that had just been fully renovated. It wasn’t even on the market yet. We fell in love with it. We negotiated with the contractor, bought it and closed the deal in less than a month on our wedding anniversary, February 14.

Although Gary is an ordained minister in The Wesleyan Church and I serve as a commissioned minister, we serve as lay leaders with the 500 North planting efforts, specifically with the worship ministry. Gary works with audio/visual, and I sing and play piano. I also teach children’s church. We serve under the leadership of Rev. Derek Carpenter, lead pastor and church planter.

It has not all been smooth sailing, but Jesus never promised us an easy road. COVID-19 delayed the opening of 500 North, and due to COVID-19 restrictions, my employer has not yet allowed me to work in Indianapolis. I know, though, that in God’s timing and according to His will, it will all work out right.

As for our youngest son, he is a musician and was invited to be involved with the worship ministry at 500 North. He bought the house next to the parsonage, right next to the church.

We are looking forward to what God is going to do in Edinburgh through 500 North Church, and we feel blessed to be a part of it.