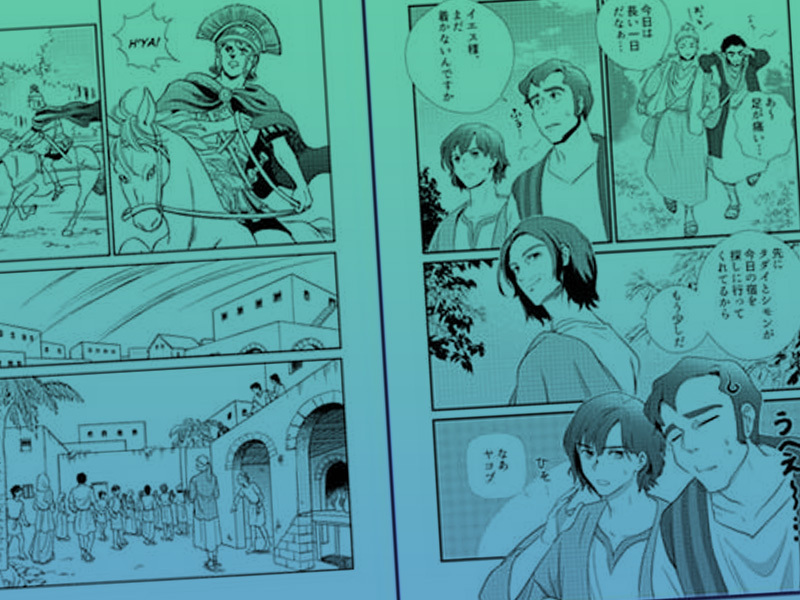 A new kind of ministry

I’ll admit it; I’m a geek. I have been for a long time. I spent way too much time and money on comic books in my teens. But I wasn’t just reading and collecting, I was making my own comics, too. I’d always liked to draw, but in my teens my dream was to become a full-time cartoonist someday.

Manga is the Japanese word for comics, but both the style and culture of manga are unique to Japan. In recent years, manga has become popular in North America, too. But what gets exported to the West is only a small fraction of what gets made and distributed within Japan. In fact, in one week Japan buys more comics than the U.S. does in an entire year.* There’s something for every taste and age, from toddlers to senior citizens. It’s the source material for a lot of Japan’s TV shows and movies. Manga is such a part of the culture that it’s also used in advertising, instruction manuals and even new employee handbooks.

That’s why I believe manga can be an effective tool for building spiritual bridges; that there is huge missions potential in this art form. So, after more than a decade in Japan dreaming and praying, the vision is finally becoming a reality with the launch of a new ministry called Drawbridge Creations.

“Drawbridge Creations is a web-based manga outreach with the three-fold purpose of reaching the unchurched, resourcing the Church, and empowering Christian artists, in order to bridge the gap between Church and culture; between Jesus and Japan.” 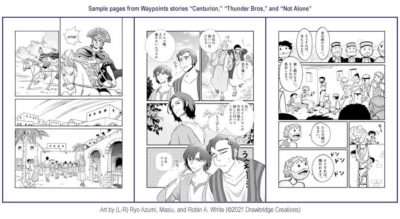 The road from there to here

You may think, given my nerdy interests and artistic passions, that the decision to pursue this vision came easily to me. I actually went through quite a struggle before committing to it.

About three-and-a-half years ago, I was nearing the end of my third missionary term with Global Partners (GP), trying to decide if I would commit to a fourth. I had serious doubts about continuing my career as a missionary. While I still felt called and I loved Japan deeply, I had a hard time seeing how my artistic passions fit. One of our leaders encouraged me to think about what I could do with a team of creatives around me and see what new ministry I could dream up.

I spent some time thinking, praying and writing, and came up with a proposal for what would eventually become Drawbridge Creations. It was a big, nontraditional vision. And though it was completely different from what GP had been doing in Japan for generations, I soon had the blessing to move forward with the vision.

I knew that it wouldn’t be easy. I knew it would mean even more support raising than usual. And I knew I couldn’t do it alone.

But at the same time, it seemed like the culmination of everything I had experienced and learned; like the answer to my long-time prayer for God to bring my artistic side and my calling together somehow.

The decision wasn’t easy. But the more I prayed about it, the more clearly I could see it was the right direction. With a prayer for God to provide who and what I needed, I committed to moving forward.

Little did I know then that God was about to answer another long-time prayer of mine — for a wife.

Yoko and I had known each other for a few years, but it wasn’t until shortly after my recommitment to GP that we really became friends, and soon more. It wasn’t a relationship I went looking for but something that started by God’s leading. 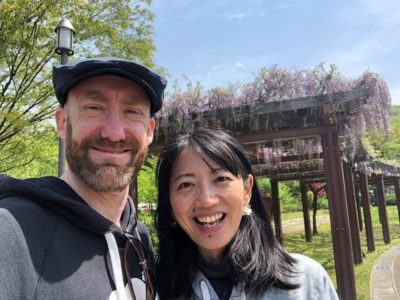 Not only has Yoko become my wife but she is also my ministry partner. She has a passion for ministry and creativity, a seminary degree and experience working as an administrator in a missions’ environment. Yoko believes God has uniquely prepared her to partner with me; and I, of course, couldn’t agree more.

Over 13 years have come and gone since I first came to Japan as a full-time missionary. More than three years have passed since the vision was birthed in my heart. Now, after eight months of behind-the-scenes work, Yoko and I finally launched Drawbridge Creations with our first online manga project, “Waypoints.” 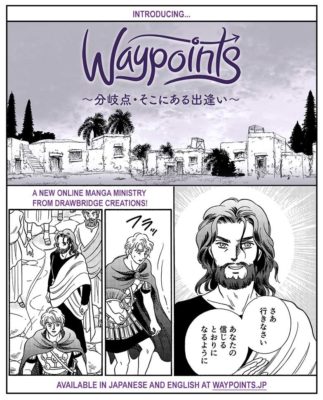 This is just the beginning for this new ministry. But it’s also a dream come true.

One of my favorite verses says, “Take delight in the LORD, and he will give you the desires of your heart” (Psalm 37:4). This verse encourages me to dream big dreams for and with God.

Following Jesus doesn’t mean dreams can’t come true, but instead having them fulfilled in unexpected and exciting ways. I’m grateful for the ways God has shown this to be true in my life.

Robin and Yoko White are missionaries with Global Partners serving in Japan.