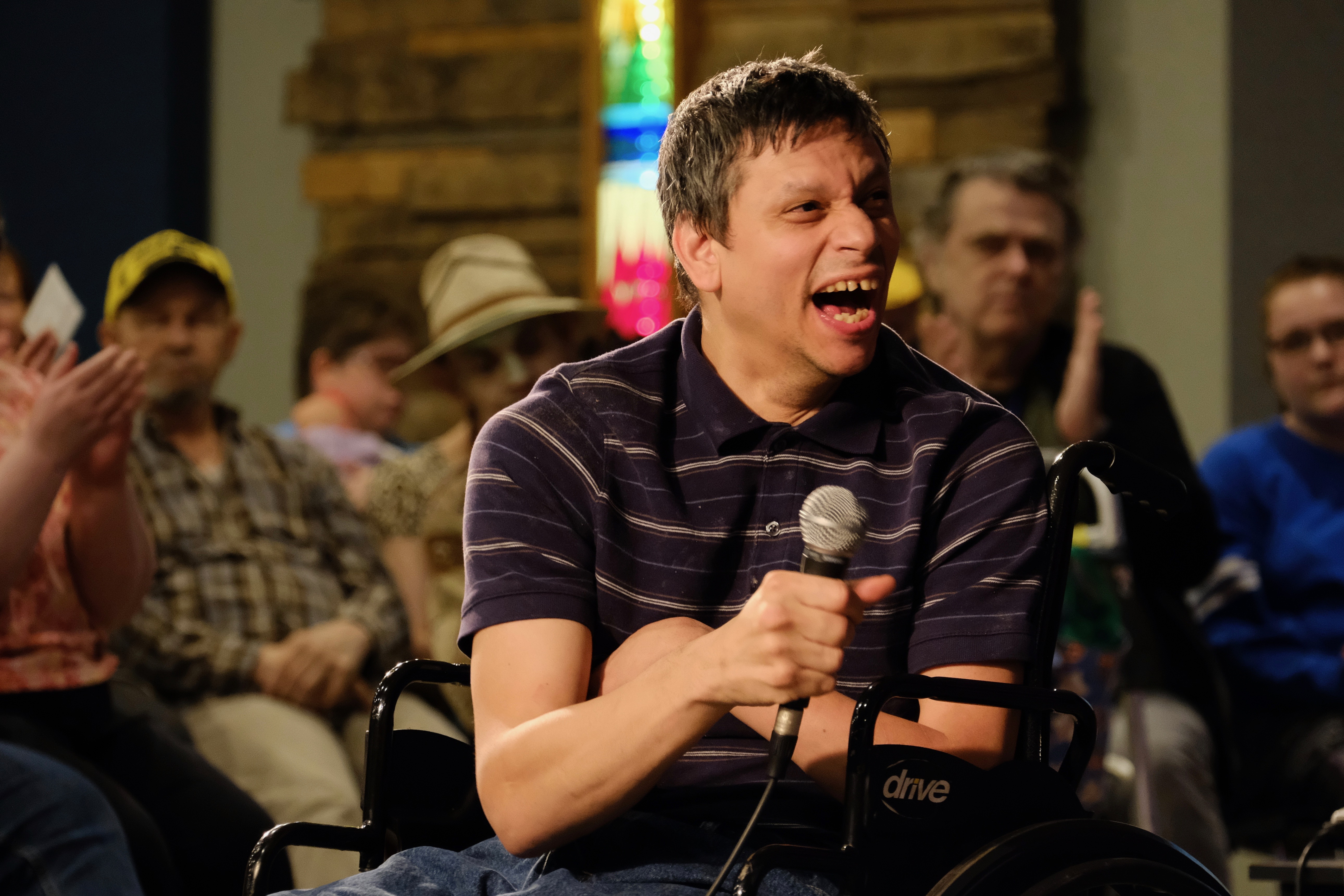 A special love: reaching the marginalized in Michigan

Rivertree Church serves the special-needs population in its community through a specialized program.

Joe was one of four special-needs adults who were a part of the church at Cascades Wesleyan in Jackson, Michigan, where Pastor Clive Heyd was the pastor. Joe was 41 and lived at home alone with his mom, who struggled to care for him. Pastor Clive had a heart for those who were marginalized by society and encouraged the creation of ministries to reach them. This included ministering to the skate community and the underground music scene. Rather than a problem, the board of Cascades saw an opportunity with their special-needs population.

They began praying and processing. And while they did, Carol Williams, a Cascades Wesleyan board member, sensed a stirring. Carol had been deeply involved in ministry since 1985 and had done everything in the church from teaching kids, to being the church secretary, to leading the youth ministry. In spite of this wealth of experience, Carol is quick to say that ministry to special needs adults was still out of her comfort zone. However, the call of God was unmistakable.

Special Needs Adult Program (SNAP) was born in August of 2006 with Carol and those four special needs adults in the Cascades Wesleyan basement. It took some convincing, but eventually Joe’s mother let him attend. She was so used to needing to care for her son every minute that, at first, she would stay in the church parking lot the entire time.

But soon, SNAP’s five participants became six and then 10. They quickly outgrew their classroom as word spread and had to move to the children’s church room and then to an activity center adjacent to the main church building. Eventually, they even outgrew that and began using the sanctuary, regularly pulling in 60-70 special-needs adults every Tuesday night.

Not a penny was spent on advertising. It was all word of mouth. Carol reflects that the special-needs adults in the community found a place where they were loved and accepted both by other people and their Creator. She says her goal has always been to treat them with love and respect as adults and to communicate with them in ways they could understand.

From the beginning, accomplishing this goal was a struggle. Carol began calling Christian publishers, looking for curriculum for needs adults. She was told by everyone she talked with to just adapt children’s curriculum. But Carol knew in her heart that wasn’t the answer. These weren’t kids. They were adults — adults with their own unique gifts, challenges and personalities. As a result, she began writing her own messages.

Four years ago, Cascades Wesleyan closed, and Rivertree Church, where I serve as the pastor, became the new home of SNAP. At the time, we were a 7-year-old church plant that had recently moved into our first building. SNAP has been transformative for us as a church.  SNAP has continued to grow — now ministering weekly to 100 – 120 special-needs adults. We have begun to operate with SNAP as a third worship service. While she would demur the title, Carol does an amazing job of ministering to this group, and she is their pastor.

SNAP offers everything a regular church service would, just tailored towards adults with special needs. The range of needs varies greatly from those who are able to live on their own, to those who are wheelchair bound and unable to communicate. All are welcome, and all have something to offer.

At a recent talent night, a young man named Dan sang “Shout to the Lord.” His singing has become a talent night favorite. Dan is wheelchair bound and and his speech can at times be difficult to understand. His words come out in grunts, but each time I hear him sing “Shout to the Lord,” my eyes water. The crowd began to sing with him, and when he finished, they exploded with applause.

Our SNAP community worships together, spends time building relationships with each other and learns from God’s Word together. Over a dozen area care homes bring residents, and our parking lot on Tuesday nights are filled with about 15 passenger vans.

One-in-four adults in the United States lives life with a disability. Watching God work through Carol and SNAP has opened my eyes to an under-served mission field.

Joe, the man I mentioned at the beginning, died suddenly last year of a previously undiagnosed heart problem. I am grateful to Carol, her husband Gary, Clive Heyd and the many others who saw past the struggle and messiness and created a ministry where Joe knew he was loved by his Creator and by the people around him.

Rev. Andy Merritt is the planter and lead pastor of Rivertree Church in Jackson, Michigan, where he also leads the Freedom Point Church Planting Network.