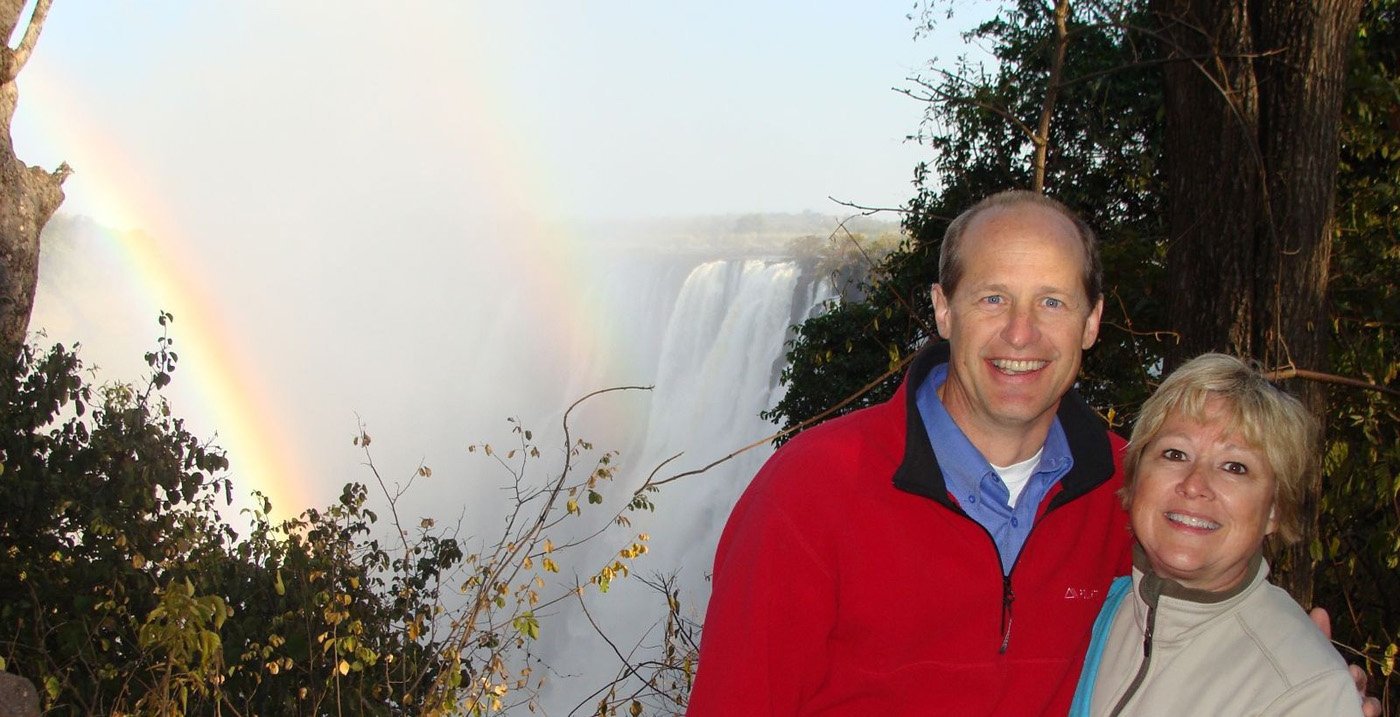 A tribute to a life well-lived for Christ: Ross Hoffman

Last night, August 14, 2013, my church and community lost Ross Hoffman, a man we will miss in this life so very dearly. Thousands called him friend, and tens of thousands were impacted by his life.

Last night, August 14, 2013, my church and community lost Ross Hoffman, a man we will miss in this life so very dearly. Thousands called him friend, and tens of thousands were impacted by his life. We are grieving with and praying for Karen, his loving wife, and his children, Logan (Emilie) and Jolie (Steve Leonard) and his grandchild Alice.

Many have heard of the amazing success of IWU through the years. Not as many will know how instrumental Ross was behind the scenes at connecting the right people at the right time with that institution. One of the great blessings of having a guy like Ross in a development role was that he remained a true friend to people; he believed in them and helped them make a difference for God’s kingdom. Ross influenced many people to get a Christian education. In his work at Indiana Wesleyan University, for years he helped those with resources partner in the Christian higher education of young people.

As Ross concluded his 14-years of service at IWU, he began to grow in his involvement for those in deep need, particularly in Africa. He worked as a volunteer fundraiser for World Hope International, gathering church people, donors, and young leaders whenever he could, whether in his living room or on planes traveling to Africa. Ross’s effervescent charm and passion rubbed off on everyone, and he generated quite a few who became just as passionate as he was. Ross helped so very many, from those suffering from AIDS to orphans and vulnerable children, especially in Zambia.

Ross was a vibrant, engaged member of College Wesleyan Church in Marion, Indiana. He modeled what it meant to be a highly invested lay member of a congregation. He mentored children, teens, and young adults. He served the church diligently behind the scenes as it worked to raise millions of dollars for a new ministry center. He then served again to redirect the church’s energies on not merely “filling up” that new building, but to use it as a giving and sending center, with an aim to send hundreds of leaders and millions of dollars out to help transform a lost and fallen world. He influenced his church powerfully to be the Kingdom of God. He was truly a servant of the Lord.

Also a business owner in Marion, Ross had a redemptive influence in the community. Many business and non-profit leaders in Marion have sought out Ross for advice and help. This informal ministry made him a trusted resource for almost every school system, business, and ministry in the area. He modeled a persistent service that wins people over with a humble Christ-like way.

Ross volunteered his time as a consultant in the area of development for The Wesleyan Church denomination. He crafted a new development philosophy which helped guide some key transitions for Wesleyan World Headquarters. He was a true Wesleyan by conviction and passion, and helped its leaders develop some positive new directions.

A long line of Wesleyans and others is gathering to praise Ross’ life. But little of this influence was known to many of us, such was the unassuming and humble way Ross invested his prayers, time, money, passion, and energy.

I wish I had known Ross even better. Among Ross and Karen Hoffman’s closest friends were my pastors Steve DeNeff and Judy Huffman. They are grieving as friends, not merely as pastors, today. My parents, Keith and Sharon Drury, were very close to Ross and Karen, riding bikes and taking journeys with them. I don’t write all the above words as a special person in Ross’s life, but I wish to say that the man treated everyone so special, so that in the line now forming, most of us consider him a dear friend.

With tears in my eyes and a heart-felt desire to be a better man of God and more like Christ, I consider that I will do well if I can merely be more like Ross Hoffman.