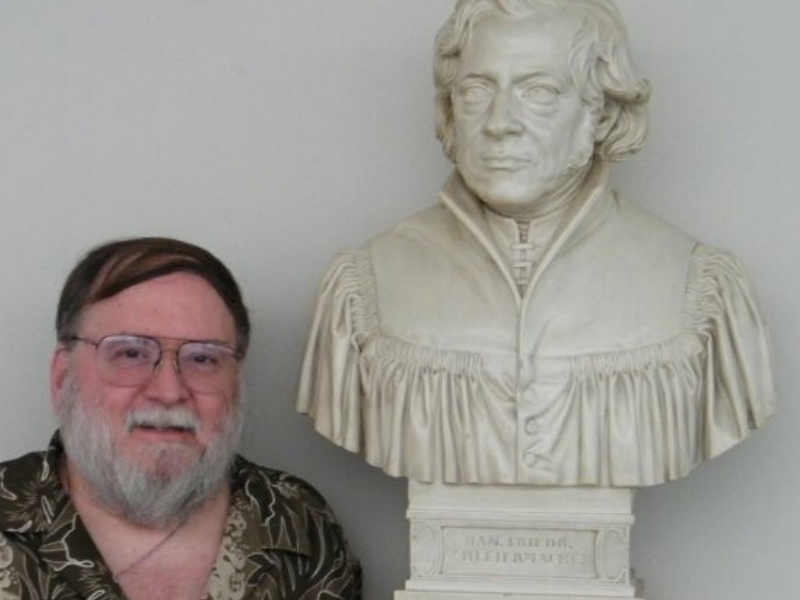 A tribute to Donald Dayton

The world of evangelical scholarship lost a brilliant mind, the holiness tradition lost an extraordinary advocate and The Wesleyan Church lost a native son.

Years ago, readers of the influential Christian Scholar’s Review were intrigued when an unexpected dialogue — actually, more like a debate — broke out in its pages. Someone was challenging the view of noted historian George Marsden, long accepted in scholarly circles, that Calvinists planted the seeds of American evangelicalism.

According to Marsden’s challenger, America’s evangelical roots were actually to be found in the Holiness Movement. Marsden dismissed the idea, but it didn’t end there; the intriguing debate spilled over into subsequent issues of the journal, to the delight of its readers. No one who knew the challenger was surprised that he stood his ground. Don Dayton wasn’t one to withdraw from the field of combat.

Now, finally, he has. On May 2, the world of evangelical scholarship lost a brilliant mind, the holiness tradition lost an extraordinary advocate and The Wesleyan Church lost a native son. Dr. Donald Dayton passed away at the age of 77.

The mile markers of his life were impressive. Academically, they included an undergraduate degree from Houghton College, where his father, Wilber, taught and later served as president; appointment as a Woodrow Wilson Fellow at Yale Divinity School; graduate study at Asbury Theological Seminary and the University of Kentucky; and a Ph.D. from the University of Chicago. The list of his professors and mentors reads like a Who’s Who in American Religion for those years.

Don himself was professor and mentor to generations of graduate students as he taught in five different seminaries over his lifetime. In addition, he served not only as president of the Wesleyan Theological Society but also of the Society for Pentecostal Studies, as well as vice-president of the Karl Barth Society of North America. If the range of his interests and involvement seems expansive, it was. One can get a sense of how wide-ranging Don’s interests were in From the Margins: A Celebration of the Theological Work of Donald W. Dayton (Pickwick Press, 2007), a Festschrift edited by one of his students from Drew, Christian T. Collins Winn. It includes some of his most important essays in areas like women’s studies, evangelical historiography, the social engagement of the church, Pietism studies, ecumenism and American religious history, among others.

Significant as those markers are, they don’t begin to explain the impact his life had on so many. They don’t reveal the commitment to social justice that led him to civil rights activism in the 1960s or the vigorous sense of engagement that resulted in months on a kibbutz in Israel in the aftermath of the Six-Day War. They don’t capture his love affair with books or his global perspective, honed by studying or teaching on every continent except Antarctica. They certainly don’t reflect what all of his students knew — that his teaching only began in the classroom before spilling out into the campus coffee shop or the local Chinese restaurant.

He taught through his publications too. His first major book, Discovering an Evangelical Heritage, was a groundbreaking study. Published in 1976, it vividly documented the radical obedience of our ancestors in the faith — Christian abolitionism, support for women’s rights and other forms of what they understood to be “applied holiness.” Don candidly admitted that his research into that heritage kept him in the church. Others since have said the same about that book. If he had written nothing else, he would be deserving of our tributes on the basis of that book alone.

It’s no secret that he wrestled with his birthright tradition, often because he longed to see more characteristics of the holiness pioneers in their modern-day descendants, but at the same time he would champion its history and values in his interaction with believers from other corners of the kingdom. Christian leaders across the theological spectrum know about the Wesleyan-holiness tradition today because of him.

No tribute would be complete without acknowledgment of Don’s idiosyncrasies. He was, let’s say, “unconventional,” and those who knew him have a bountiful supply of stories. Those stories are an indelible part of his legacy too.

In the dedication of Discovering an Evangelical Heritage, he saluted Gilbert Morris James, his friend and professor of the Church in Society at Asbury Seminary, “whose life has been dedicated to keeping alive the spirit of the evangelical heritage here discovered.” Don’s own life was dedicated to the same ideal.

The Wesleyan Church is grateful to God for the work and witness of this gifted historian and lay theologian.

Bob Black is professor emeritus of religion at Southern Wesleyan University and co-author with Keith Drury of The Story of The Wesleyan Church.