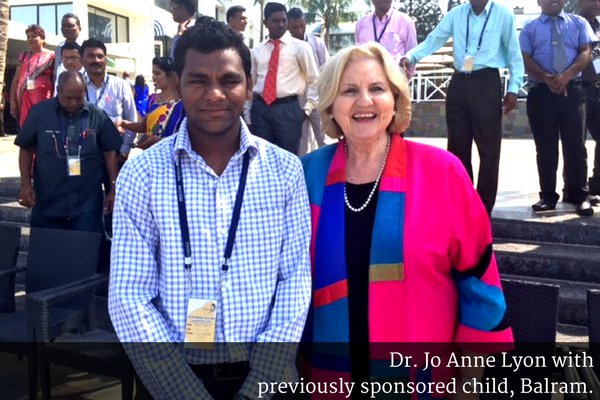 Balram was among the first children sponsored in the India hostel. Today he is a dedicated Christian serving as a Wesleyan pastor.

Balram takes pride that he was the first to submit an application at the World Hope International funded Hope for Children Hostel in Rajnandgaon, Central India, many years ago. Coming from a poor background, he “could never imagine that he would study in such a reputable school!” Because of leprosy in his family, he was stigmatized and could not attend most schools. Through the hostel, where he could stay because of his sponsorship, he attended Bible class and participated in daily devotionals. “There I came to know about the love of Jesus Christ . . . and accepted Jesus as my personal Savior.” His parents, who explored Christianity for the first time upon Balram’s application to the hostel, were also baptized!

Now an adult, Balram made the bold decision, with the mentorship of the Child Sponsorship Program associate, to pursue studies at Damoh Bible College. He humbly serves as the assistant pastor at the Wesleyan church in Rajnandgaon, living on the premises of the leprosy hospital. Balram continues to participate in morning devotions at the Hope for Children Hostel each day with the next generation of sponsored children in need.