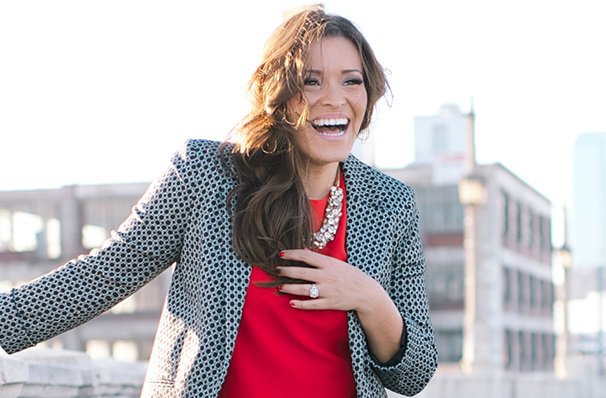 More than 1,100 women will gather for the Alive Conference in the U.S. and Canada to "grow, enrich, and thrive" through worship, general sessions, and opportunities to engage and serve together.

More than 750 women will gather in Nashville, Tenn., April 17-19, for the Alive Conference, an initiative of the Wesleyan Women’s Movement. Held at the LifeWay Conference Center, the gathering will provide a setting for attendees to “grow, enrich, and thrive” through worship, general sessions, and opportunities to engage and serve together.

In the past few years since Rev. Andrea Summers has directed the Wesleyan Women’s Movement, she has heard from various women who desired a conference where they wanted to connect with others. She began to dream and asked questions of what other women wanted in a conference. Three themes outlined those conversations: connecting with women, upholding the Wesleyan identity, and giving women a platform on which to express their gifts. That’s how Alive was born. The event focuses on Ephesians 2:4-5: “But because of his great love for us, God, who is rich in mercy, made us ALIVE with Christ even when we were dead in transgressions­–it is by grace you have been saved” (emphasis mine).

Dr. Jo Anne Lyon serves as General Superintendent of The Wesleyan Church. She serves on the board of directors at many organizations including the National Association of Evangelicals and Evangelical Council for Financial Accountability. Dr. Lyon has written several articles and publications, including the book, Ultimate Blessing, and has served over 30 years in pastoral ministry. She also serves as an Ex – Officio board member for all Wesleyan institutions of higher education. Dr. Lyon founded and served as CEO of World Hope International, a faith-based relief and development organization. She and her husband, Rev. Wayne Lyon, live in the Indianapolis area and have four children and ten grandchildren.

Bianca Olthoff is a writer and teacher and Chief Storyteller for The A21 Campaign, a global anti-trafficking organization. Passionate about God’s Word, Bianca teaches around the globe and blogs about life, love, and the pursuit of Jesus. She has spent ten years building the Church and mobilizing God’s people to action. Bianca is married to Matt, lead outreach pastor at Mariners Church in Irvine, California, and is stepmom to Park and Ryen.

Jo Saxton is a director in 3DM, a movement/organization with a vision and passion to change the world by putting discipleship and mission back into the hands of ordinary people. Her responsibilities include leadership for 3DM STAND, a new initiative equipping women for leadership and influence wherever God has placed them. Originally from the United Kingdom, Jo moved to the U.S. in 2004. She is married to Chris, and they have two daughters. The couple recently planted a church in Minneapolis.

Women in four other locations will attend Alive satellite events in Milton, Penn.; Tampa, Fla.; Tucson, Ariz.; and Canada. Participants are expected to total more than 350 between the four satellites.