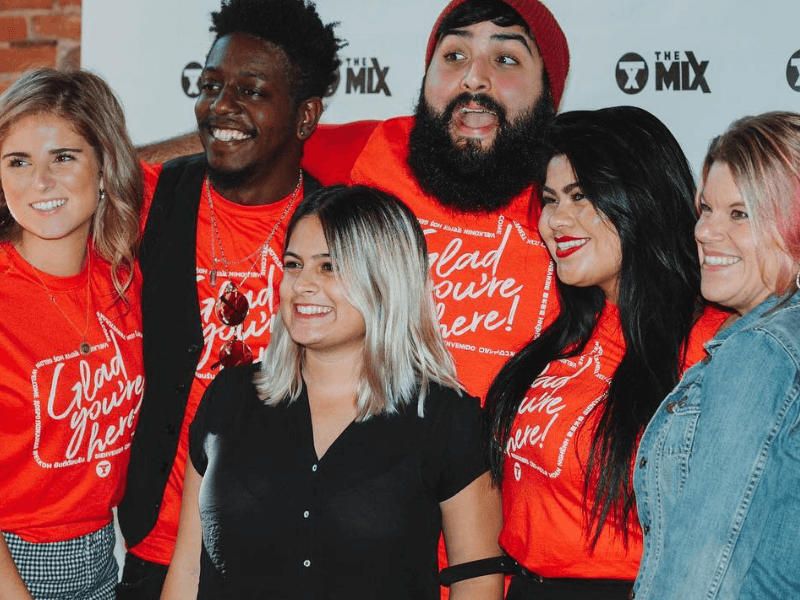 Multicultural ministry will not work unless the Holy Spirit is actively invited into it.

Four years ago I was at a great spot in my life.

I was in seminary studying what I loved, I was (and still am) happily married to the woman of my dreams. I was on staff at a wonderful church with amazing people who passionately loved Jesus. And we had just bought our first home in the small town of Holland, Michigan, next to Lake Macatawa. I felt as if I had achieved the American dream.

During those years, we felt a strong calling to plant a church, but we didn’t know where. As we continued to pray, it became abundantly clear that God was calling us to a ministry that historically has not worked in the United States: multicultural ministry. For generations, churches and denominations have split over the issue of race. It is as if church and race in America are like oil and water: they just don’t mix.

However, as I continued exploring our calling, I met with a young artist who explained to me how it is possible for oil and water to mix. I was intrigued since science shows this is physically impossible. But out of curiosity I asked him, and he said it occurs by emulsion.

When an artist wants to mix oil-based paints with water-based paints, they add an egg as a third substance to hold the two paints together. That is when it hit me—multicultural ministry will not work unless the Holy Spirit is that third substance. At this, we accepted and obeyed God’s calling in our lives.

As we continued to seek the Holy Spirit’s direction, I was guided to Galatians 2:11-14:

When Cephas came to Antioch, I opposed him to his face, because he stood condemned. For before certain men came from James, he used to eat with the Gentiles. But when they arrived, he began to draw back and separate himself from the Gentiles because he was afraid of those who belonged to the circumcision group. The other Jews joined him in his hypocrisy, so that by their hypocrisy even Barnabas was led astray. When I saw that they were not acting in line with the truth of the gospel, I said to Cephas in front of them all, “You are a Jew, yet you live like a Gentile and not like a Jew. How is it, then, that you force Gentiles to follow Jewish customs?

Here, Paul rebuked Peter, who was the main leader of the church at the time, because he discriminated against a people group. This is when we realized that multicultural ministry is not an option, but rather in line with the truth of the gospel. As my wife and I read this passage with tears in our eyes, we completely surrendered to God’s calling upon our lives.

The story continues. The Holy Spirit took us to Lansing, Michigan, the state capital. Lansing is home to Michigan State University (MSU), which houses nearly 10,000 international students. There are 120 different nations represented in the greater Lansing area. It’s also home to the most racially diverse school district in the state but has a low graduation percentage within minorities. It was a perfect breeding ground for a multicultural ministry.

We decided to name our church The Mix Church: a place that exists to provide a table where ordinary people can encounter an extraordinary God through Jesus Christ in the local community, in the nation and around the world. During our pre-launch phase we partnered with ministries making an impact in our city, such as Hannah’s House that treats homeless, pregnant women, and InterVarsity that empowers minorities in their faith walk at MSU. We also volunteered at the Lansing Jazz and Blues Fest and have gotten to know many leaders in our community. God blessed us with these community connections, as we approached our launch date of September 16. Since then we’ve seen six people place their faith in Jesus, experienced one baptism and will baptize more at the end of November.

We are very proud of what God has done in our midst. He has empowered us to do the impossible, and as long as the Holy Spirit is at the center of our ministry, we know that we will mix well for his kingdom.

I challenge you to step out of your comfort zone and take a leap of faith into your calling. God is a God of the impossible, and his kingdom is at hand.