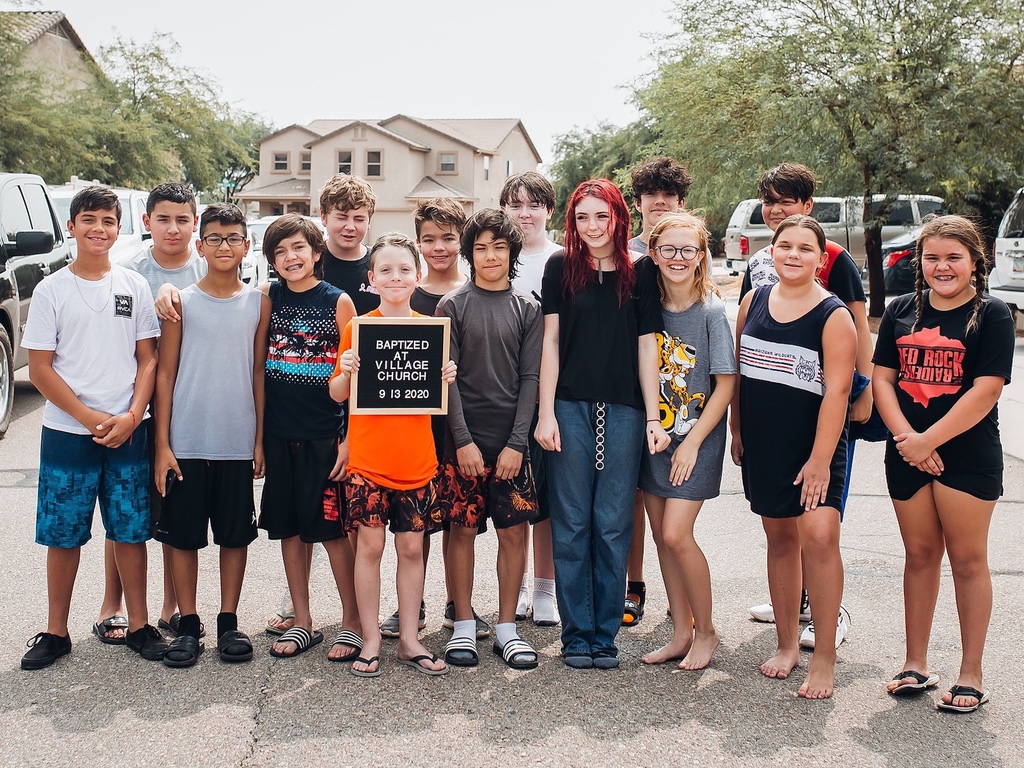 Arizona pastors find God's power being made perfect in their weakness, uncertainty and pain.

In a season that led to depression, isolation and exhaustion for so many — largely as a result of effects of COVID-19 — two pastors in Red Rock, Arizona, found themselves discouraged in ministry.

Co-lead pastors, Reverends Ashley Jennings and Cody Bren of Village Church were simultaneously and separately experiencing physical, mental and emotional roadblocks as they sought to do ministry.

“It’s not the same to preach to a camera, and you just start wondering, ‘What are we doing? Is what we’re doing even good?’” Bren said. “We both felt so depleted, and we both got into some depression.”

Jennings not only echoed these thoughts but cited that this was the first time she “felt bummed that [she] was in ministry.”

“I usually really love it, and this season has just felt isolating and difficult and draining,” Jennings said.

Seeking counsel from mentors like Dr. Jo Anne Lyon, ambassador and General Superintendent Emerita of The Wesleyan Church, and Dr. Anita Eastlack, executive director of Church Multiplication and Discipleship, Jennings was urged to list the ways she had seen God move, even in the midst of unconventional ministry opportunities, church services and ways of life.

As she did so, she was reminded of the lives around her that were being made new, the miraculous and unexplainable healings that were occurring — even over prayers through Facebook Live — and the unprecedented number of people who were seeking to be baptized.

“It was my own recalling of good things that God is doing to remember who he is when things feel messy or upside down or difficult,” Jennings said.

Jennings said that Red Rock is home to about 2,500 people, and Village Church sees an average of 80 adult attendees each Sunday, though it has a large kids ministry as well. But when COVID-19 hit, Jennings and Bren began to see God open opportunities that would have been lost otherwise.

“What’s neat is we started seeing people from the community hopping onto our livestreams that we had never seen before, who had never come to a church service,” Bren said. “And what’s more: COVID forced us to move forward on projects and plans we had been meaning to do but never had a chance to.”

Offering assistance in different capacities — from video work to hands-on ministry — Bren and Jennings reached out to the local school, where Bren serves on the board, forging a new and vital partnership.

“At the end of the school year, when COVID hit, we were able to hand out food to all of the school kids, and that led us to be able to really connect with the staff of the school in a way that we hadn’t previously been able to do,” Bren said.

In fact, Bren was able to lead the local school district superintendent to Christ through the relationship they had formed.

In different facets of their ministry lives, Jennings and Bren began to see how God had been working so purposefully: connecting Jennings with a pregnant, single mom whose baby, born not breathing, received breath following a pleading prayer from Jennings, and the mother later got baptized;  forging relationships between Bren and Jennings and the local school and district administrators and having life-changing conversations about Jesus; finding a swarm of people who were desperate to take the next step in their faith walk to be baptized.

“Several weeks ago, we baptized 16 people, even though the church hadn’t been meeting,” Jennings said. “And these are people that have been saved over FaceTime or neighbors that I have been simply meeting with for coffee. And that was a huge win for our church. And then just two weeks after that, we baptized 21 more people – 37 people in just two weeks.”

Jennings said the work of the Holy Spirit is contagious in the lives of people in Red Rock.

“What we’re seeing is an openness to the Spirit,” Jennings said. “And in my own life, too, I’m learning that the Holy Spirit wants to use me in higher capacities that I don’t even understand. When I feel weak and tired and burdened and discouraged, I believe that God is making me understand that his power is made perfect in our weakness.”

Jennings and Bren have been finding the truth in 2 Corinthians 12:9, which states, “‘My grace is sufficient for you, for my power is made perfect in weakness.’”