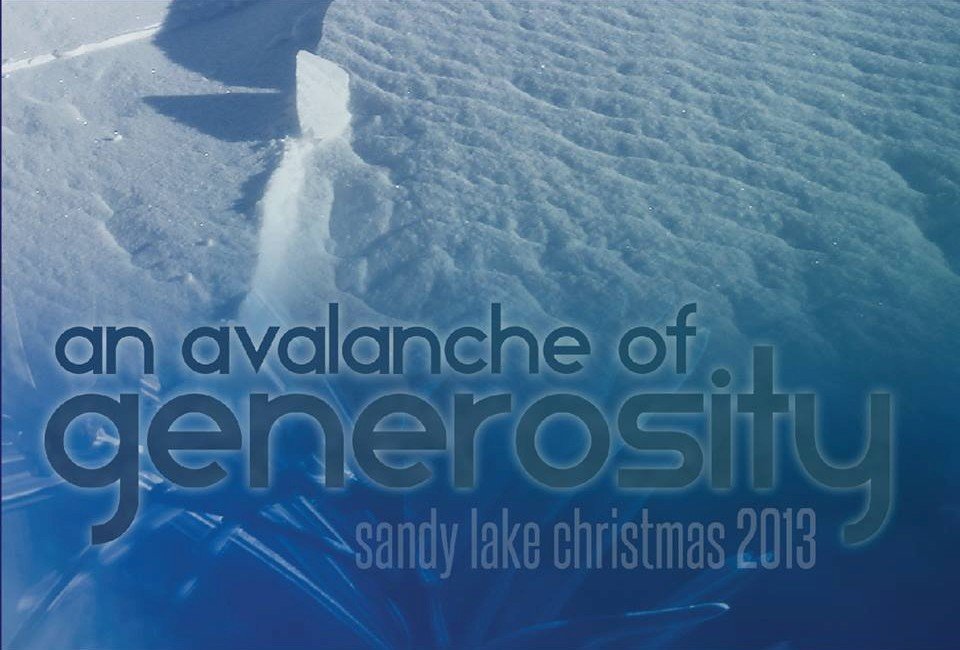 Avalanche of generosity at Sandy Lake

Lead pastor Rev. Jesse Pratt is preaching on God’s generosity and our reflection of him. But it does not start and end with preaching. Each Sunday, the congregation is also expressing generosity in practical ways toward the wider community.

On one Sunday, for example, some people at the low end of the economic scale in the community received gifts of $1,200 each. On another Sunday, new freezers full of food were given away to others who had needs. One of the recipients was a minister in the community who has been a symbol of hope to many, but has been battling serious health issues recently.

Pastor Pratt said, “Christmas is a celebration of the greatest act of generosity humanity has ever experienced when God, in his great love, gave his Son. In a season where we can be tempted to celebrate by what we get, what would it look for us to instead be marked as people of God-like generosity?”

He invites his people and Christians everywhere to get caught up in an avalanche of generosity, and adopt a lifestyle of living and giving generously. He concludes, “You won’t want to miss what God does when we live out his generous heart!”