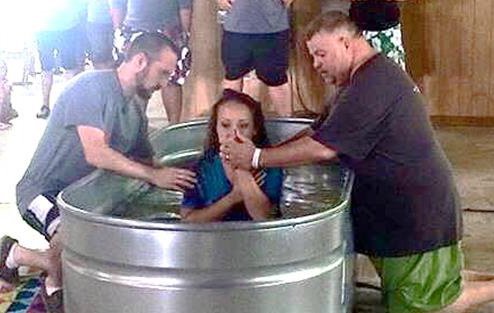 Indiana South District reports that lives have been made new as a result of kid and teen camps.

Eighty-seven campers attended the Kids’ Bible Retreat in southern Indiana. Rev. Earl Long spoke at the event and gave an invitation for those who had never placed their faith in Jesus to come forward and pray. Several children responded to the invitation.

“I’m sure the baptisms caused much rejoicing in heaven,” said Dr. Eckart. “Praise God for these spiritual victories.”