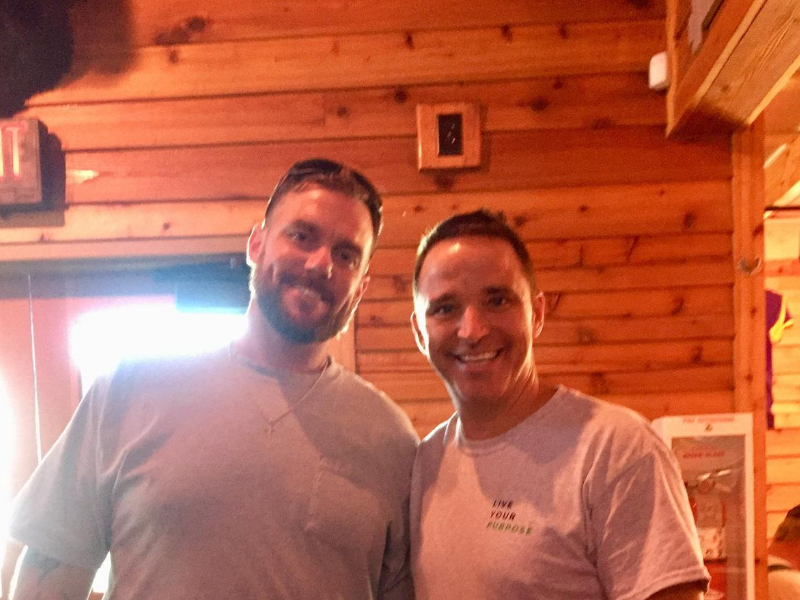 A Nebraska man vandalized church property and then returned to that church later after surrendering his life to Jesus.

“What the devil meant for evil, God is going to use for good.”

This was the declaration on Monte Gannon’s lips following the discovery of his church’s stolen and incinerated trailer 11 months ago.

Gannon, who serves as pastor of Meadows Church in Omaha, Nebraska, responded to the vandalism by inviting those who damaged the trailer to church, saying, “We have a place for you.”

And while Gannon was sincere in his invitation, he did not believe it would happen.

“It was like, ‘God, find the people that were a part of this, and change them, transform them, turn their lives around — which God is in the business of doing — but then bring them back to the church that they stole from,’” Gannon said. “Are you kidding me? That would take a miracle.”

Gannon reflected on the vandalism and the events that transpired — sitting right next to Mike Smith, the man who stole, gutted and burned the trailer nearly a year earlier.

Gannon met Smith in jail following his arrest shortly after the trailer was stolen. Smith eventually surrendered his life to Christ, later to get baptized at the very church he had vandalized.

“You might be thinking, ‘God answered their prayer.’ But you know what I would say to you? ‘God actually blew our prayer out of the water,’” Gannon said.

Gannon said that not only did God transform Smith’s life, but he transformed the lives of Smith’s family and children, with whom Smith did not have a relationship before the trailer incident. And in late July, Smith did something “he never thought he’d be doing.”

Smith has also recently baptized a friend and a man he had never met, who had asked Smith to baptize him because of this story.

“God works in just wonderful ways,” Smith said. “These are things only God can do.”

So far, seven people have given their lives to Christ as a result of Smith inviting them to church. Six of those persons are men whom Smith met while in jail or rehab.

“God wants to exceed our expectations. That’s what he’s in the business of doing,” Gannon said. “And God is just getting started in Mike’s life. To watch God continually unfold Mike’s story is unbelievable.”

“Monte’s boldness comes from a faith in the God who still works miracles in the lives of anyone, no matter how broken, no matter how lost,” said Rev. Billy Wilson, district superintendent of the Mountain Plains District.

Learn more about Monte Gannon and how he came to Christ, ministry and Meadows Church.