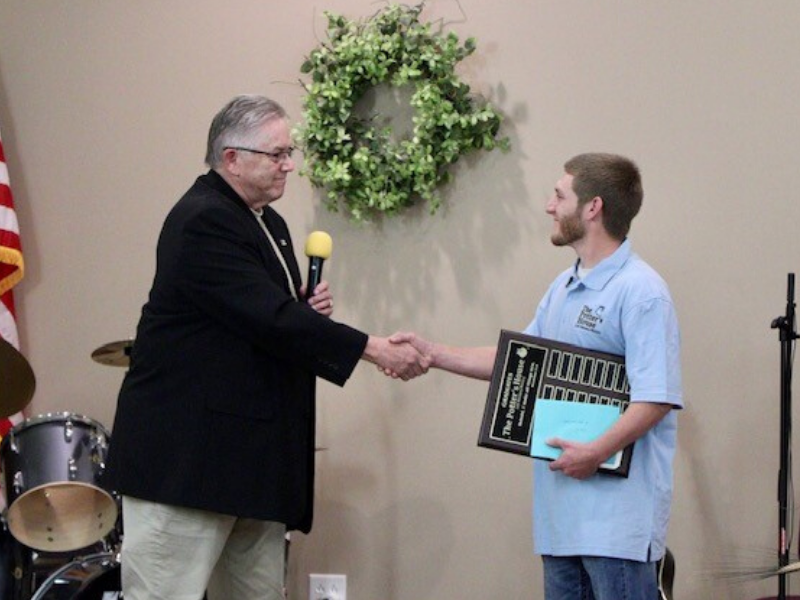 Once a drug addict who spent time in prison, Zach is the first graduate of The Potter's House, a recovery house in Indiana.

“Hi, I’m Zach. I just got out of jail yesterday. I want you to know that I’ll be the first one to graduate from The Potter’s House.” He was speaking at the 2018 grand opening of The Potter’s House, a new recovery ministry for men with addiction located in Jennings County, Indiana. His promise would take a year to deliver.

The day before, Zach had awoken in the Jennings County Jail. He was there serving a sentence for drug charges. A judge’s order allowed him to be released to finish serving his sentence at The Potter’s House. It was at the grand opening that Zach found himself, in addition to speaking, shaking hands with local government, law enforcement, business and church leaders.

What a difference one year makes.

Zach celebrated his graduation from The Potter’s House on October 20, 2019, surrounded by supporters from The Pavilion Churches, a multi-church collaboration for ministry in Jennings County. North Vernon Wesleyan Church, an original group member, joins with Nazarenes, Baptists, Pentecostals and independent Christian churches to share the transforming love of Jesus with the surrounding area.

The Pavilion Churches partnered with Decatur Plastic Products (DPP) to open The Potter’s House. Before DPP, Zach had never held a job for more than a couple of months. Zach has worked at DPP for the past year, achieving several pay raises in the process. A few months after starting at DPP, Zach’s team set a production record for hourly parts produced.

Church attendance is a core component of The Potter’s House, so Zach has been attending the North Vernon Wesleyan Church. He attends regular services with his girlfriend, Tabby, and her children. Zach was baptized as a new believer in Jesus Christ this fall and plans to continue bringing his loved ones and friends to church after he graduates.

One Wednesday night before prayer meeting, Rev. Kent Stroud, pastor of North Vernon Wesleyan Church, received a phone call from the county prosecutor, checking up on Zach’s progress and recovery. Because of the good report, the prosecutor said he was dropping the drug charges that remained on Zach’s record. Hearing the good news that same night, Zach put his face in his hands and wept.

Upon completion of one year at The Potter’s House, Zach has served all sentences and legal punishments that stemmed from his drug use. Not only has his sins been forgiven, but his debt to society has also been marked “paid in full.”

Zach sent a message to Stroud before his graduation. “I want to thank you for helping me and showing me there is more to life than drugs. [If it wasn’t for The Potter’s House] I would not have everything I have now.”

“We are very proud of Zach,” said Stroud. “God has done great things for him, and God has great things in store for him too.”

The Potter’s House ministry and community partners celebrate Zach’s life transformation and look forward to doing the same again and again for the Zachs to follow. 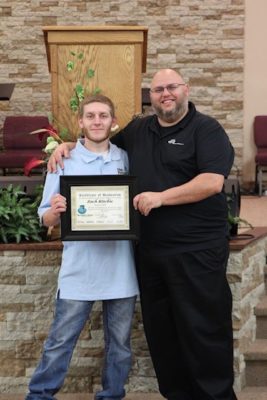