As a cough from early February worsened late into March, David Henry, a Sweetser Elementary School teacher in Marion, Indiana, checked himself into Marion General Hospital — only to be intubated a day later.

The previously diagnosed pneumonia was quickly understood to be COVID-19, leading David on a path of severe lung infections, kidney failure and dialysis, and near-death conditions.

His wife, Michele, who serves as pastor to families and children at Brookhaven Wesleyan Church, said, “We figured he’d be in 14 days or so and be out.” But the transfer was initially denied by both hospitals, as David would not have survived it.

“My health deteriorated so quickly that within a day I was sedated and intubated, and I didn’t wake up for 28 days,” David said.

Recovering just enough for the transfer, David spent the next four weeks at Lutheran Hospital, where he could benefit from a wider range of medical resources. But optimism again waned, as doctors saw no possibility of recovery.

“The day following his transfer was the worst for me personally,” Michele said. “It was also physically one of his worst days. The doctors called and told me there was really nothing that could be done for him… 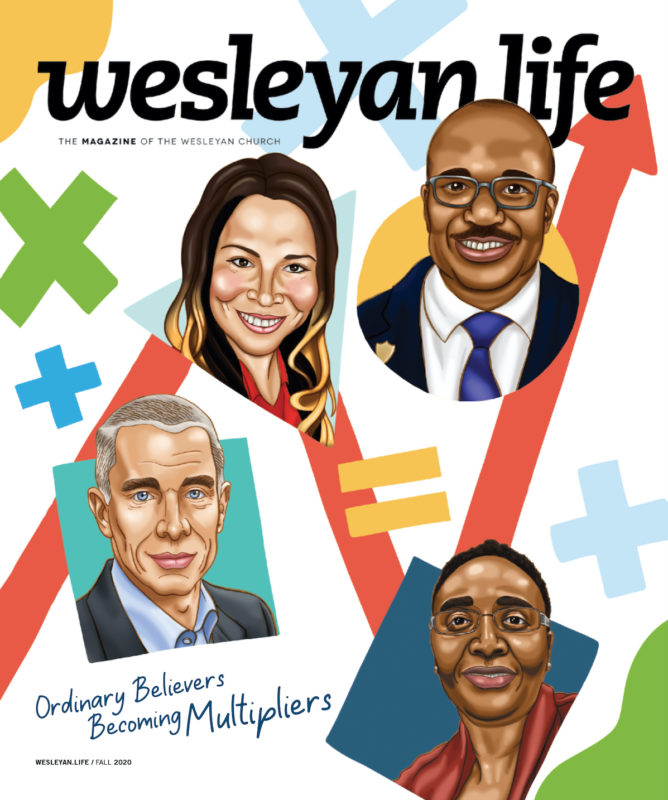 Find Chain of miracles and many other stories in the Fall 2020 issue of Wesleyan Life Magazine, online or at your local Wesleyan church.