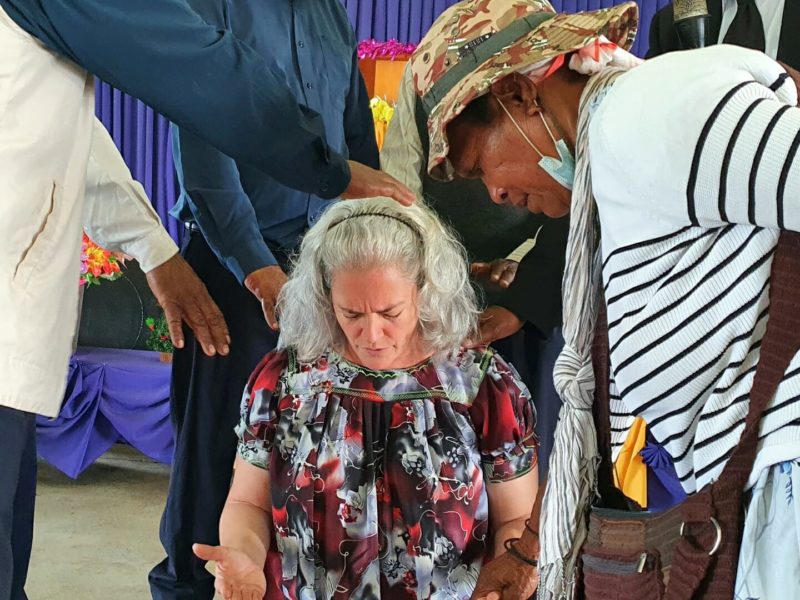 Cheri is following the Spirit’s move and primed to “give back to others” in a new leadership space.

Over the past 30 years of serving in Papua New Guinea with her husband Don and her three sons, Cheri Floyd has experienced a range of roles and adventures. From teaching grade eight to adults in a rural Wesleyan school, preaching barefoot in small churches with dirt floors, to speaking at women’s conferences in big cities – little did Cheri know that God was preparing her to step into a regional leadership role. 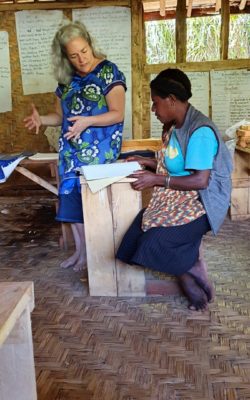 Beginning on February 14, 2022, Cheri began her service as regional director for Pacific-Southeast Asia – and she’s the first woman serving in that region to do so. In this role, she facilitates the work of missionaries and national leaders, seeking to reach an area of over 600,000,000 people, the vast majority of whom do not have a personal relationship with Christ.

Educating others has been a very important part of her ministry, from teaching her own sons to providing health and literacy education for women in Papua New Guinea. When the Floyds sensed that a new season of ministry was approaching five years ago, Cheri embarked on the journey to expand her own education. She was ordained in 2019 and is now finishing her master’s degree in adult education through Penn State.

On top of that, Cheri is working with the Wesleyan Bible College of Papua New Guinea to set up a program using the learning styles natural to Papua New Guinea villages, such as drama, storytelling, memorization and practical application/apprenticeship style learning.

Even with her experience in Papua New Guinea and her education, Cheri said she was not only surprised by the proposition of taking the role of regional director, she was not inclined to accept.

Cheri explained that she’s often avoided taking on authority as she and Don have been comfortable with allowing local leaders to use leadership styles that suit their culture.

“I’m not the personality type that longs to be a leader. However, the Holy Spirit really challenged me,” she said.

She was reminded yet again of the Hotchkins and the Keilholtzes, who have spent 20-30 years in missions and had welcomed Cheri and Don into Papua New Guinea in 1991.

“To this day, we credit the wisdom they shared as what helped us get settled here,” she said. “The Holy Spirit said that with my 30 years in missions, it was now my time to give back to others.”

Tim Gallant, her predecessor, said that Cheri and her family are models of what it takes to be resilient and long-term workers on a foreign field. Not only do they build relationships, they have fun. They “tell stories and know the people better than most,” he said.

“I have really enjoyed my time with them — hearing their stories, sharing tea and coffee and meals and playing games,” Tim wrote. “Bananagrams has been our primary game and beating Cheri and Don has been my ultimate goal for most of my trips to Papua New Guinea.”

As a fourth generation Wesleyan who grew up at a church started by a female minister in Tennessee, Cheri said she has thought a lot about the fact that she is the first woman to become the Pacific-Southeast Asia regional director. 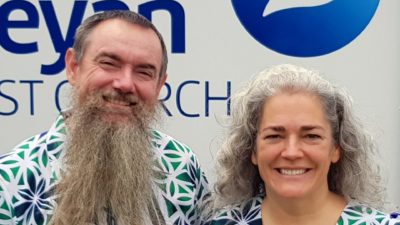 Cheri said her husband Don has been very supportive of her and other women in ministry, and she’s watched as freedom has come for women in the Papua New Guinea Wesleyan Church as well.

Looking toward the future, Cheri said she hopes to encourage Global Partners missionaries to serve in tried-and-true ways, as well as in new, innovative ways.

“I especially hope to connect seasoned leaders from one country to leaders in another country,” she said.

For example, Cheri said Indonesia and Papua New Guinea both have well-established Bible colleges. Perhaps their college leaders could connect with other fields that are still trying to figure out aspects of providing theological education, she explained.

Tim Gallant said Cheri’s experience in Papua New Guinea is one of the qualities that will make her successful in her new role.

“She is already taking her experiences in facilitating growth and development with the national church and translating it to the countries that she will be directly supervising in the Pacific- Southeast Asia Region,” he said.

Heather Auker is the communications’ supervisor for Global Partners.