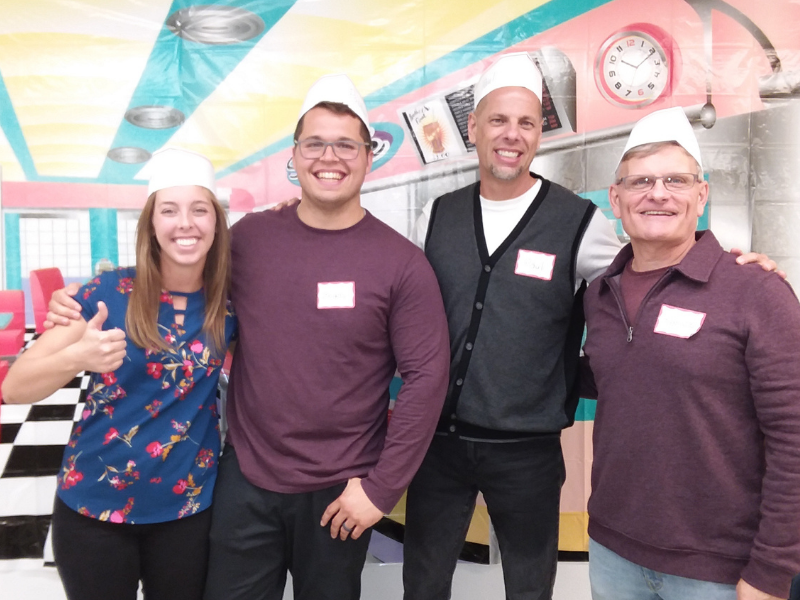 A New York church experiences a successful church adoption after a decade-long search.

Victory Highway Wesleyan Church (VHWC) dreamed of becoming a multisite church for about 10 years. After two or three serious considerations fell through, God made it clear they were not the ones to pursue. So, lay and clergy alike at the Painted Post, New York, church continued to wait and pray.

Two of these cancelled efforts occurred in the nearby city of Elmira, having taken a considerable amount of prayer, critical thought, financial cost and time and emotional investment.

“When these efforts were cancelled, we certainly felt a sense of loss. However, we knew that our God is faithful, and his timing is perfect,” said Sydney Bond, campus pastor of VHWC. “We sensed that God was calling us to make an impact in the Elmira area, and our responsibility to him after these cancelled pursuits was to continue to seek him, listen with an open ear and be sensitive to the Holy Spirit’s leading.”

Things changed in early 2019, however, when discussions began between Dr. Matt Pickering, district superintendent of the Penn York District and Rev. Larry Burke, Elmira Wesleyan Church (EWC) pastor, who was soon to retire. One feasible option was a partnership and merger between EWC and VHWC.

Rev. Paul Piraino, lead pastor of VHWC, was approached by Pickering and Burke to see if the church would consider a church adoption or merger.

“For so many years, we thought that our second location would function more like a video venue, multisite in a nearby city,” said Bond. “So, this idea hadn’t been seriously considered before.”

Piraino heard about the needs and realities of EWC and the unique opportunity this was for one Wesleyan church to come alongside another and potentially merge. He held strategic meetings with the vice chair of the Local Board of Administration and the executive director at VHWC, as well as with other key church leaders to gauge their interest in exploring what this partnership could look like.

In April 2019, lay leader Rance Sechrist joined the process as project manager and liaison to aid in the partnership and merger process communication, coordination and strategic development. VHWC leaders began attending the monthly EWC board meetings to understand the current processes and realities. This was hugely important for relationship building between EWC and VHWC leaders.

VHWC anticipated some concern from EWC about Sydney Bond and her husband, Brady, both younger leaders with less church ministry experience than Burke. Concerns soon waned in June 2019, when, at an ice cream social, the Bonds engaged with the people of EWC as stories were shared and hearts were connected.

“You could sense a shift in the room from reservation and questions, to comradery in the kingdom,” said Bond. “Brady and I are much younger than the previous pastor, which understandably raised certain questions. But being able to share our testimonies that night reminded the whole room that this isn’t a large church trying to take over a small church; we are all working for the same Jesus and to reach lost people. We want to proclaim Jesus’ name and make fully devoted followers of Christ.”

The Bonds joined the VHWC staff prior to talks of a merger with EWC, but within about a year, they were mobilized as campus pastors for the merger exploration and process. They worked in various areas of the church, gaining crucial knowledge and experience of the dynamics of VHWC. This allowed them to represent VHWC in a very authentic way throughout the merger process.

The couple’s VHWC connection was deep: both placed their faith in Christ, were discipled and experienced their call to ministry while attending VHWC. They completed their Kingswood University education by having their supervised ministry experience at the church as well. Being area natives and loving VHWC was an invaluable asset.

The changeover occurred over a few months, as lay and clergy worked together to provide the best transition possible.

In January 2020, Pickering spoke one last time at EWC affirming the district’s support. Piraino then held two sessions on a Sunday morning for those with more questions or who had a further interest in the merger. At month’s end, the official legal merger vote occurred with a favorable outcome of 95 percent (combined).

Though both locations were forced to close in-person services due to COVID-19 threats from March to July, the churches have reopened and are also providing services via an online platform.

“We know there is more to be done at Victory’s Elmira Campus,” said Bond. “In the fall of 2020, we were able to implement a new children’s ministry program, introduce community groups and offer three classes. Although moving ahead as planned has been difficult due to significant COVID-19 restrictions, we still are seeing the benefits of having merged.”

As COVID-19 dramatically affected VHWC’s ability to gather for many months and as many people are navigating a safe return to attending in person, being able to offer a weekly online experience has been crucial. God has been moving, encouraging the church staff. Logistics have also helped leadership move forward with the Elmira campus (once able to meet in-person again) by being able to provide Livestreamed, same-day messages from the Painted Post campus.

VHWC is still adapting to the change of being Victory in two locations, but both campuses believe God perfectly ordained the situation every step of the way.

“We believe there are truly great days ahead and we pray and hope for God to continue moving among us and through us. We pray that our ears continue to hear, that our plans will always submit to his and that we can continue to proclaim the life-changing power of Jesus Christ and to make fully devoted followers of him,” Bond said.