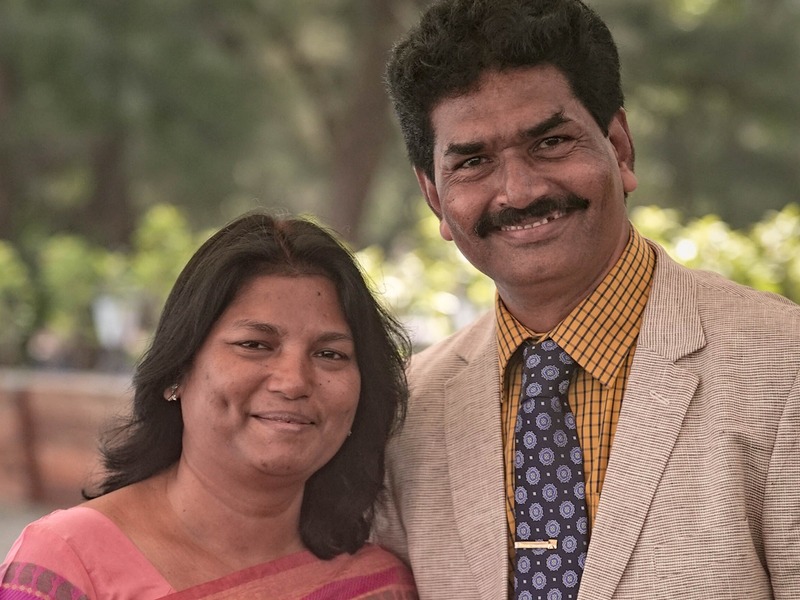 Church flourishing in India despite challenges

The story of The Wesleyan Church in western India is a story of God’s providential blessings.

Rev. Linus Justin is a third-generation leader in The Wesleyan Methodist Church of Western India, as The Wesleyan Church is known in that part of the world. He is serving as district superintendent for the Gujarat District, which includes 20 churches and six places of outreach.

In the state of Gujarat, Christians are a small minority. Leaders in their context face many challenges that most North Americans would not even consider, let alone face.

Yet, the church is growing. A few years ago, former General Superintendent Jo Anne Lyon arrived for a visit in Mumbai, one of India’s leading cities. As they passed the throngs of people, she told Rev. Justin, “We should have a Wesleyan church in this city.” He took her seriously and now The Wesleyan Church has three congregations in that teeming metropolis.

Seema Justin, Linus’ wife, is an outstanding leader in her own right. She leads the Wesleyan English Medium School in Vapi, the second largest city in southern Gujarat. In 1996, soon after Dr. Lyon had founded World Hope, she visited India to follow up on an application for funds for a school building. In the city of Vapi, Rev. Dr. Samuel Justin, Linus’ father, took her into their church where 13 children sat on benches. He said they were the children of prostitutes, considered the lowest of the low and they had no names. “But we gave them names,” he added, “biblical names.”

Referring to these students, Justin said, “We want to start a school, but this is all we have.”

A benefactor traveling with Dr. Lyon gave the money for the first school building. Today, under the strong leadership of Seema Justin, the Wesleyan English Medium School has grown to include 1,250 students, from nursery through twelfth grade. A second school with 175 students has begun in Dandi, a city north of Vapi.

Ninety-eight percent of the students are from non-Christian families. Many parents from a variety of religious backgrounds choose to send their students to Wesleyan schools because they know they will receive a quality education. In addition, they know the schools exercise good discipline.

The story of The Wesleyan Church in western India is a story of God’s providential blessings. Rev. Dr. Samuel Justin was a blind street boy in Mumbai, when a Christian couple adopted him and raised him to follow Jesus. One day his adoptive mother put her hands on his eyes and prayed for his healing. She said, “It is not God’s will for you to be blind.” After she prayed, his sight was restored. The adoptive father, Rev. C. M. Justin, was the first president of the Wesleyan Methodist Church of Western India.

In recent years, Wesleyan churches in Gujarat have received very limited funds from outside. The vast majority of their funding has been raised internally. The Wesleyans in western India have shown great initiative and God has blessed their faithfulness to rely on him.

At this juncture, Indian and North American Wesleyans have a unique opportunity to partner together to bless the country of India. To learn more about partnering with Rev. Linus and Seema, contact Global Partners. In addition, please pray for more young people to accept a call to full-time ministry. As the church endeavors to reach more of India’s millions, leadership is crucial.