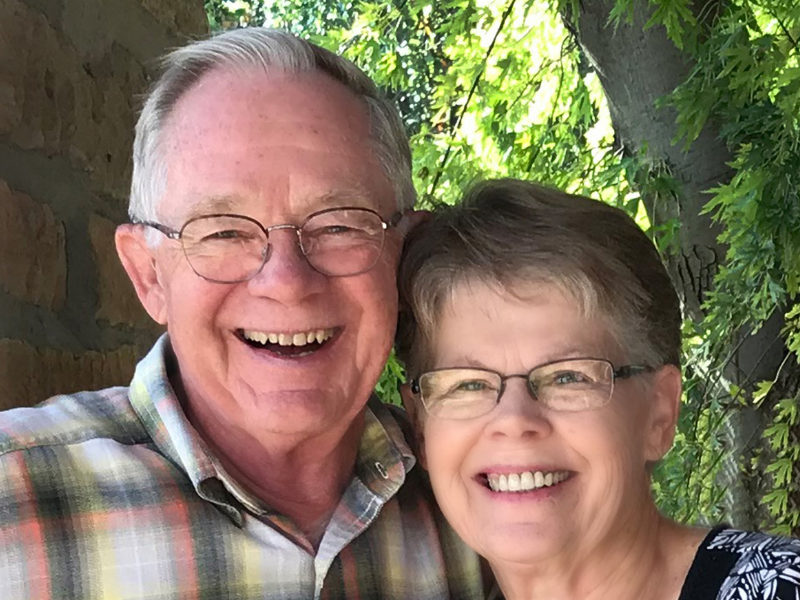 "We want to be known as the encouragers who share the love of Jesus."

In their many decades of ministry, Fred and Marvia Miller have chosen to intentionally say “yes” to Jesus, which has led them from owning a wedding and portrait business to now serving as pastors to pastors and laity in Kansas and beyond.

“We have been saying ‘yes’ for a very long time, and it’s taken us in a lot of different directions,” Fred said. “But our story is not about Fred and Marvia; it’s a story about Jesus and what happens when you intentionally determine to live your life for him.”

Though not ordained, Fred and Marvia began pastoring a church in need following their frequent month-long mission trips to Ecuador. Fred later joined the Kansas District board and was soon after asked by district superintendent, Ed Rotz, if he and Marvia would act as a liaison for smaller churches.

“We were just to love on pastors, and we would make an appointment to meet with the pastors. Part of the deal was that we were supposed to do something nice for them, which was not hard,” Marvia said. “And the more we did that, the more we realized we needed to also know the people of their church. And we just found great joy in loving on all of them.”

Dubbing themselves as “the district’s official huggers,” the Millers resolved to never leave new acquaintances as strangers; rather, they say “hello” by telling those they meet that they are “incredible” and “custom designed by God for a specific purpose.”

“We seldom walk away from people without becoming friends, having exchanged names and given them a moment of encouragement. We want the aroma of Jesus to linger behind us because we took the time to give people value,” Fred said.

Through these relationships, the Millers developed insights into the needs of the congregations and pastors they interacted with. They became the advocates for churches that seemed “minimal in the bigger picture of the district.”

“Everything is big in a small church. I said that to the district board over and over again,” Fred said. “We promoted our pastors and their congregations, and that began to create a different mindset.”

With the shifting of district budget priorities, the Millers work as liaisons to smaller churches came to an end. The Millers kept saying “yes” to the Lord, and he opened the door for them to join Dirt Roads Network, a cooperative of rural congregations and pastors that believe every community and small town deserves “a life, giving, Bible-believing, community transforming church.” They serve a number of Wesleyan Districts and Regions throughout the country.

Through their service with Dirt Roads Network, the Millers connect with around 50-60 pastors and laymen every Tuesday by phone, email and text communication, and they are usually at a different church every weekend.

The Millers have moved from being “district huggers,” to “roadside assistants,” able, willing and eager to serve pastors, laymen and share Jesus with “strangers.”

“We keep saying ‘yes’ to Jesus, and he opens the door. We want to be known as the encouragers who share the love of Jesus. He is the one that directs our path,” Fred said.

“We often underestimate the power of encouragement in ministry. God is breathing life into discouraged pastors and congregations through the gift of encouragement he has given Fred and Marvia,” said Rev. Steve McVey, director of the Dirt Roads Network. “They demonstrate that God uses those who say yes to Him in amazing ways. All of us are pastors. All of us have a ministry. All of us can be used by God to make a difference.”

Fred and Marvia have been serving with Dirt Roads Network for about three years, and Fred said “that has been an incredible opportunity to experience what God can do.”

Recounting story after story about how God has transformed lives before their eyes, Marvia said, “This is not about what we do. It’s about what God is doing through people who are willing to say ‘yes.’”

To learn more about Fred and Marvia, read a brief bio here.