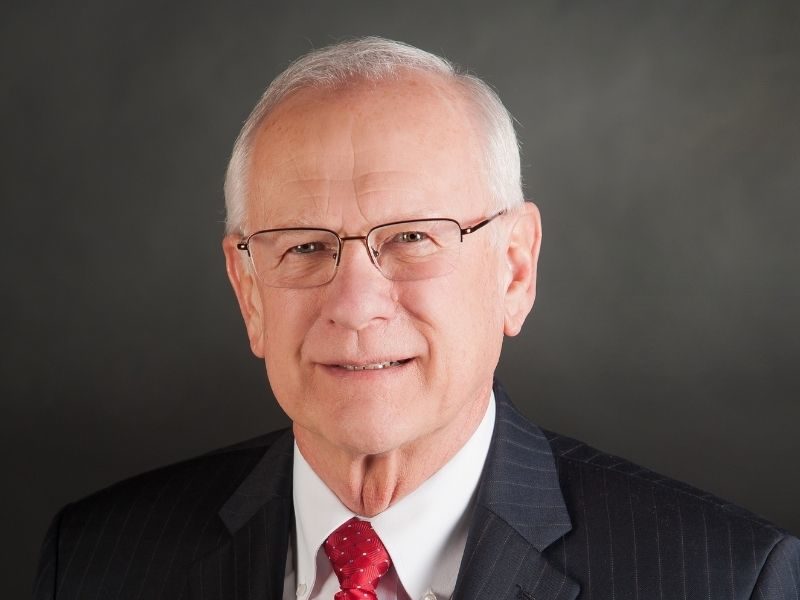 The Southern Wesleyan University Board of Trustees has announced the election of Dr. William C. Crothers as its interim president. Crothers’ presidency will begin July 1, 2021.

“It is a great honor and special privilege to step into the Southern Wesleyan University community for a year as interim president,” said Crothers. “I also feel fortunate to be able to serve as interim president-elect part-time, working with and learning from President Todd Voss before he retires on June 30. Dr. Voss has provided outstanding leadership during perhaps the most challenging period in the history of higher education. Southern Wesleyan University is blessed with an excellent and highly dedicated faculty, staff and administration committed to preparing students who will help to transform our world. It will be a privilege to partner with them during this transition year,” said Crothers.

“I thank the board and search committee for their diligent work in finding the ideal professional to lead SWU in this next year,” said Voss. “Dr. Crothers has the experience, drive and commitment to lead well in this transition. This interim appointment result will give the presidential search committee ample time to do a thorough search for the next permanent president of this amazing Christ-centered institution.”

“The Board of Trustees of Southern Wesleyan University celebrates the 10 years of leadership from Voss and his wife, Julie,” said Rev. Mike Hilson, chairman of the SWU Board of Trustees. “Since the announcement of Voss’ upcoming retirement, we have been in prayer as we searched for an Interim president … Dr. Crothers has had a tremendous career in Christian higher education and brings a wealth of experience and expertise to the job.”

Dr. Priscilla Hammond, assistant professor and faculty representative to the presidential search committee said, “It was nearly impossible for me to contain my excitement about the prospect of Dr. Crothers helping SWU to transition our presidential leadership. Dr. Voss has created an environment of innovation. He cares deeply about Christian higher education. Upon Dr. Voss’ departure, we would need an individual who would carry on the good work of Southern Wesleyan University as a Christian community of learners that recognizes God as the source of all truth and wisdom. Dr. Crothers understands academia from the perspectives of both finance and faith and has served the kingdom well through university leadership.”

Crothers served as president of Roberts Wesleyan College in Rochester, New York, from 1981 to 2002. His leadership facilitated a renaissance as evidenced by more than tripling enrollment, major expansion of facilities (10 projects), increased recognition for academic quality, balanced budgets, debt-free position and substantial increases in endowment. In addition, graduate level programs were introduced, including the establishment of Northeastern Seminary.

SWU requests that Wesleyans continue to pray in this transition and for the Holy Spirit to give “guidance as our presidential search committee seeks candidates for the permanent president position.”