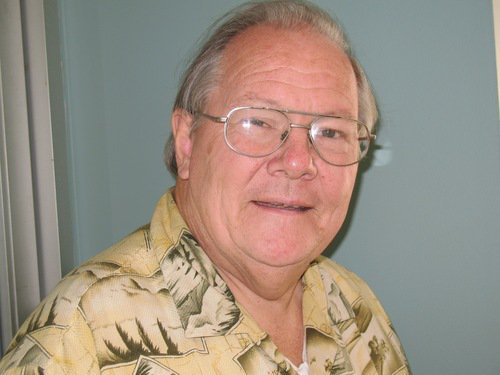 Pastor Darrell was the district administrator of the NCE District and served the Church for 45 years. His car was struck by a drunken driver in Florida, where he had attended The Gathering.

We are saddened to receive the tragic news that Rev. Darrell Scruggs lost his life in a two-car accident early Sunday morning near Bradenton, FL.

Media sources report that a drunken woman with three young children in her van rammed the rear of the Scruggs’ car as they were traveling north on I-75 at 4:30 a.m. on Sunday. Darrell and his wife Naomi were sent over an embankment and their car flipped over. Darrell was fatally injured and Naomi is in Blake Medical Center in Bradenton, where she is expected to recover. The woman driving the van was charged with DUI manslaughter, driving with a revoked license, and other charges. She and the children received minor injuries.

According to District Superintendent Dan Leroy, Pastor Darrell was a major part of the fabric that holds the NC East District together. He was steady, solid, and faithful. Pastor Dan said, “He was one of the best-hearted people I have ever known. I feel like I have lost my brother.”

Rev. Scruggs was also pastor of Why Not Wesleyan Church in Seagrove, N.C., and had pastored other Wesleyan churches in Mt. Airy and Asheboro, N. Carolina, and in the Indiana South District. He was in his 45th year of service as a Wesleyan minister.

Your prayers for his family and the extended district family will be appreciated.

Funeral services for Pastor Scruggs will be held at First Wesleyan Church in High Point, NC, on Wednesday, January 28, at 11:00 am. The family will receive visitors at Hayworth-Miller Funeral Chapel on North Main Street in Kernersville, NC, from 6:00 to 8:00 pm Tuesday evening, January 27th.