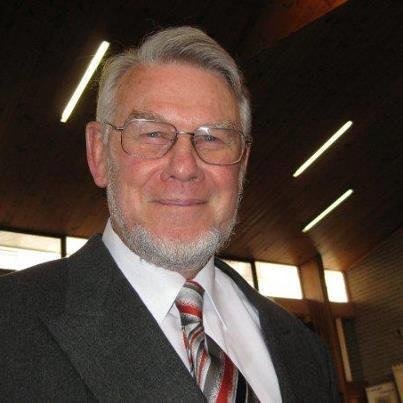 Dr. James Ridgway, 82, passed away early on September 19, 2012, at home in Australia. Dr. Ridgway was one of the last remaining participants in founding the Wesleyan Methodist Church of Australia.

Dr. James Ridgway, 82, passed away early on September 19, 2012, at home in Melbourne, Victoria, Australia, of natural causes. Dr. Ridgway was one of the last remaining participants in the founding of the Wesleyan Methodist Church of Australia, and was the recognized elder statesman of the church after the passing of his father, Kingsley Ridgway, in 1979.

Ordained in 1952, Dr. James Ridgway completed extensive studies in both Australia and the United States, including degrees at Houghton College, Wheaton College, and a Ph.D. at Drew University. He dedicated some years to the local church pastorate in Australia and also in the U.S. in Newark, N.J.  He gave leadership to Kingsley College in Melbourne for 15 years and then served as a district superintendent and national superintendent of the Wesleyan Methodist Church of Australia. He had been a long-serving leader in the Wesleyan World Fellowship, and was involved in its establishment. His wife, Melva, his children, and grandchildren survive him.

Dr. Jo Anne Lyon, General Superintendent of the North American General Conference of The Wesleyan Church, recalled Dr. Ridgway:  “He was truly a church statesman not only within The Wesleyan Church but across Christendom. He was a scholar who also was a pastor and leader with vision. The global Wesleyan Church continues to follow the vision of James Ridgway and we are all humbled and honored to build on that foundation of the kingdom of God on earth as it is in heaven.”

Dr. Don Bray, former general director of Global Partners (the missions division of The Wesleyan Church in N.A.), stated that Dr. Ridgway was a “stalwart of the faith and a creative force for righteousness in Australia. His leadership as pastor, principal of Kingsley College, and national superintendent was critical in the expansion of the Wesleyan Methodist Church of Australia. Most of all, he was a friend of God who loved the Lord passionately and with a pure heart.”