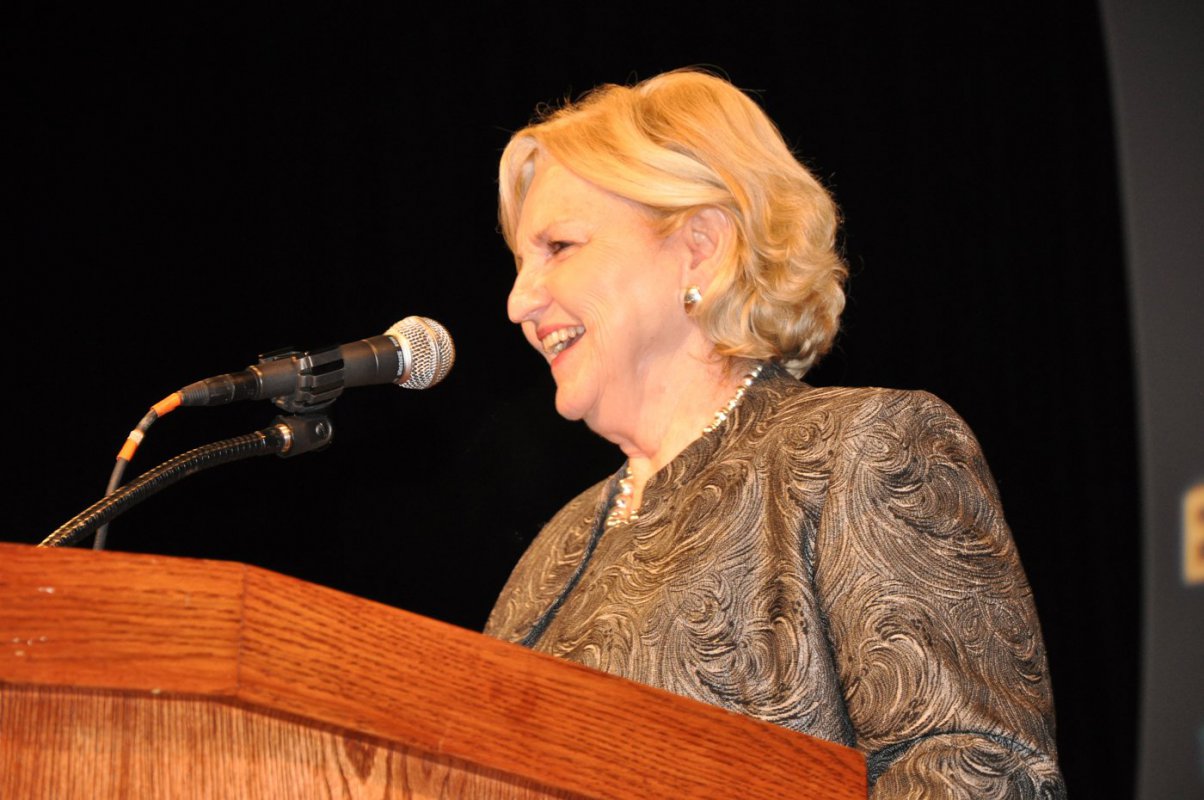 By an overwhelming majority, Dr. Jo Anne Lyon was elected the sole General Superintendent of The Wesleyan Church.

By an overwhelming majority, Dr. Jo Anne Lyon was elected the sole General Superintendent of The Wesleyan Church. An ordained Wesleyan minister, Dr. Lyon is the founder of World Hope International, the official relief and development partner of The Wesleyan Church. She serves on several national and international boards, including Hephzibah Ministries, National Association of Evangelicals, Evangelical Council for Financial Accountability, and Bread for the World.

Elected in 2008 as the first woman General Superintendent in the history of The Wesleyan Church and its precedent bodies, Lyon has spoken to some of the largest gatherings in the evangelical movement. She has been a proponent of the holiness movement, especially as it relates to holy character and social justice. Dr. Lyon was ordained in The Wesleyan Church in 1996.

A graduate of the University of Cincinnati and the University of Missouri-Kansas City, she has been given numerous honorary doctorate degrees and has served as adjunct professor at Indiana Wesleyan University and Asbury Theological Seminary.

She has contributed to several publications and written a book entitled The Ultimate Blessing. She has served on numerous boards of higher education and served as the World Hope Board chair from 2008-2011.

Her passion for reaching out to the last and the least has taken her around the world. She has been instrumental in mobilizing many from within and without The Wesleyan Church to help provide opportunity, dignity, and hope for the poor and those who need someone to speak for them.  Dr. Lyon, through the strategic partnership with World Hope International, has helped the Church find practical ways to respond to issues of human trafficking, poverty, disaster relief, and HIV/AIDS in the name of Jesus.

The delegates of General Conference 2012 had previously approved restructuring the Board of General Superintendents as it relates to the ministries and services of the Church.

General Superintendent Lyon is married to Wesleyan minister, church planter, and innovator of international ministries, Rev. Wayne Lyon. They are parents of four children and grandparents of six and reside in Fishers, Indiana.

In her acceptance speech she re-affirmed the Church’s core beliefs by leading the Conference in reciting the Apostles Creed and in singing The Solid Rock.

As a result of the voting to restructure the Board of General Superintendents, four divisions were created by the Conference: Communication and Administration, Education and Clergy Development, Church Multiplication and Discipleship, and Global Partners.

The divisions will administer the ministry services of The Wesleyan Church World Headquarters under the supervision of the General Superintendent.