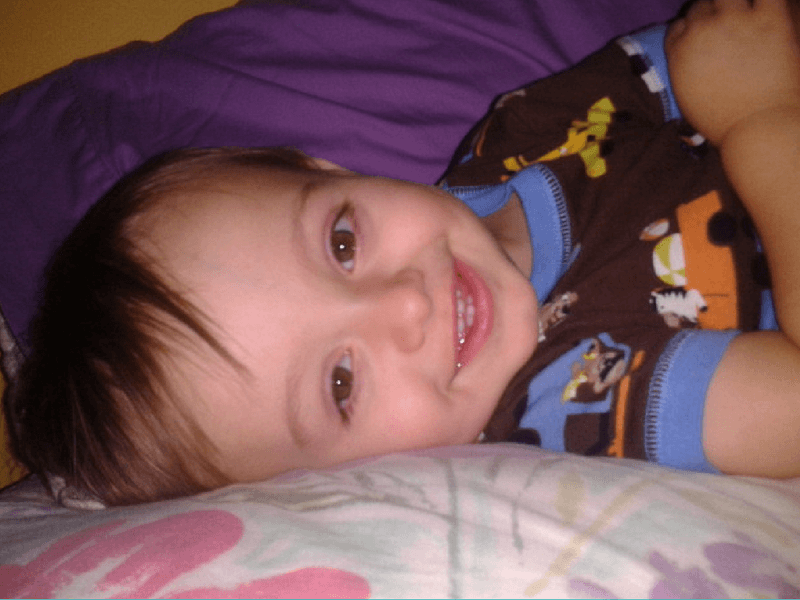 Once hopeless because of drug addiction and the murder of her baby boy, Rachel now hopes her redemptive story can positively impact others.

On November 25, 2012, her world painfully crashed down around her. Her live-in, drug dealer boyfriend had beaten her 19-month-old son. The brain injury was so severe that Evan died.

Immersed in drug abuse herself, her addiction worsened after Evan died. At age 21, soon after Evan was killed, McCue began using meth and everything she did revolved around drug use. Her pain was so deep she used drugs constantly and became numb in order to forget her reality. 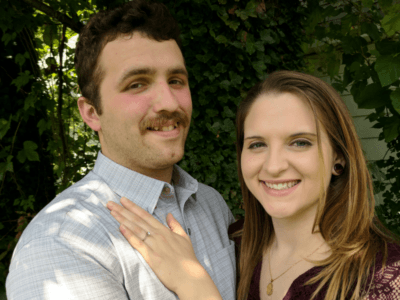 Then, in June 2013, she was arrested for Evan’s death and charged with “neglect of a dependent resulting in death.” She sat in the Bartholomew County (Indiana) jail for a year.

McCue grew up in a Christian home–or so it seemed. Her parents were not united in their faith, and this led to much volatility in the home. McCue knew about Jesus and the Bible and attended church. But she walked away from the church as a teen when she befriended the wrong crowd.

Her drug use began at age 14–first marijuana, then prescription meds, then alcohol. As her drug use progressed to ecstasy and LSD, her personal choices worsened. It was during those years that she got pregnant by one man and later moved in with another man, her abusive ex-boyfriend.

“I had to sit there and feel my feelings, which I’d not done in years,” said McCue, as she went through drug withdrawal. “When I was first put in jail, another prisoner gave me a Bible. She said, ‘You can’t just lay there or you’re not going to make it.’”

Six months into her jail time, McCue had an epiphany: That her drug addiction was the cause for her present circumstances.

“That was the start of Jesus wooing me and committing my life to him,” said McCue. “I had nothing else. And I knew that was my only chance to see my son again–being open to the possibility there was a God and a heaven.”

Between that moment, Bible reading and visits with a pastor while incarcerated, McCue surrendered her life to Jesus. Unexpectedly, soon after that holy moment, McCue’s charges were lessened and she signed a plea agreement and was released. She is still monitored and will be for a few more years, as part of that deal.

June 2017 marked four years of being drug-free, and God is beautifully redeeming McCue’s life. She is managing her recovery with accountability and a 12-step program. She is even helping facilitate Celebrate Recovery and being a support system for other women.

Perhaps the most redemptive piece of McCue’s story is that she now attends her home church–the same church from where she walked away as a teenager–Flintwood Wesleyan Church (FWC) in Columbus, Indiana. In June 2016, McCue met Rev. Austin Rohm, worship pastor, who started at FWC that same month.

“Everyone was trying to fix me up with the new pastor, but I was not interested,” said McCue, chuckling. The couple became friends and began dating in late 2016. McCue was hesitant.

“I didn’t know why he’d want to be with me,” she said. “I wasn’t willing to date anyone if I hadn’t shared my story.”

“One day I was wrestling so much about not wanting to date him because of my story, and the next day Austin asked me out.”

Rohm has been a gift to McCue, especially after so much brokenness in her life. God continues to redeem McCue’s story, with Rohm in it. The couple recently got married on November 25, 2017–five years to the day that her son, Evan, died.

“The reason we picked November 25–it’s a way to honor my son,” said (McCue) Rohm. “And to redeem that day. That is such a picture of God’s redemption to us.”