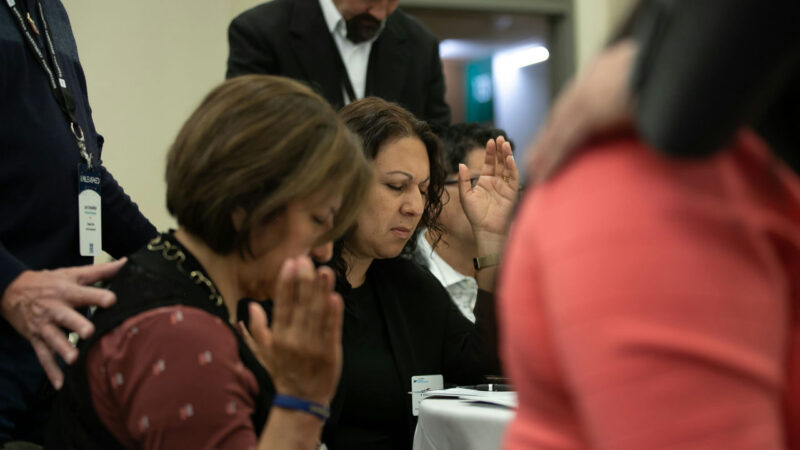 God is using “the Latin flavor” to bring a rich and unique Unleashing of a Kingdom Force in The Wesleyan Church.

Whether you are in California or Virginia, in big city or rural town, from north to south, you are likely to see the influence of Hispanic “sabor” (flavor). The largest minority in the United States is here to stay and they have brought with them a diversity and uniqueness that is being more widely discovered by the church.

Hispanic ministries have been around for a while now, but there seems to be a greater openness from the traditional church to embrace our sisters and brothers from not just Mexico but Guatemala, Honduras, El Salvador, Nicaragua, Costa Rica, Panama, Colombia, Venezuela, Peru, Ecuador, Chile, Uruguay, Paraguay and Argentina. The average non-Hispanic sees everyone as Mexican but that isn’t the case in America today. The Hispanic flavor is rich with multiethnic subgroups of people who have come here longing for something better.

God is moving and The Wesleyan Church (TWC) is excited to be joined by Hispanic churches in some of the most Hispanic cities in the United States.

TWC’s Mountain Plains District is comprised of approximately 14 million people who identify as Hispanic (11.29 million in Texas, 1.03 million in New Mexico, 1.23 million in Colorado, 243,000 in Louisiana, 214,952 in Nebraska). This doesn’t even take into consideration the newly received churches from California and Arizona whose population centers host large Hispanic communities. We have a great opportunity to tap into the culture — or more correctly cultures — of diverse Hispanic communities for great kingdom reach.

The Mountain Plains District recently ordained seven ministers including four Hispanics; three of whom are women. Additionally, the district recently elected Rev. Arlynn Ellis as the assistant superintendent. Rev. Ellis is a Venezuelan-American based out of San Antonio, Texas. Her diverse background in the business sector, nonprofit management and church leadership represents one more opportunity for Hispanic leaders to see how they can and are leading the charge for a multicultural Wesleyan Church.

These are exciting times for the Mountain Plains District and TWC. We believe that Hispanic churches will bring their own style and “sabor” to the table, building new expressions of how we can love like Jesus in our Hispanic communities. We pray this will lead to planting new multigenerational Hispanic churches.

Rev. Arlynn Ellis is the assistant district superintendent of the Mountain Plains District of The Wesleyan Church.