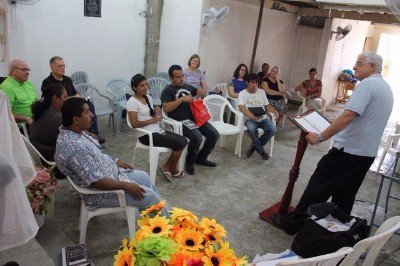 First-generation Wesleyan leaders in Ecuador received training from two U.S. pastors that could positively influence years of ministry in this South American country.

The goal was to develop the pastors’ leadership capacity and effectiveness. Paul Runyon’s talks were developed along Robert Clinton’s book, The Making of a Leader. District Superintendent Rotz explored how family of origin issues affects their ability to lead and facing the past’s shadows so it does not hamper leadership effectiveness.

These four pastoral couples are first-generation leaders for The Wesleyan Church in the Republic of Ecuador and will set the example for the next waves of leaders God raises up. They will have a profound influence on the health and vitality of The Wesleyan Church for decades to come.