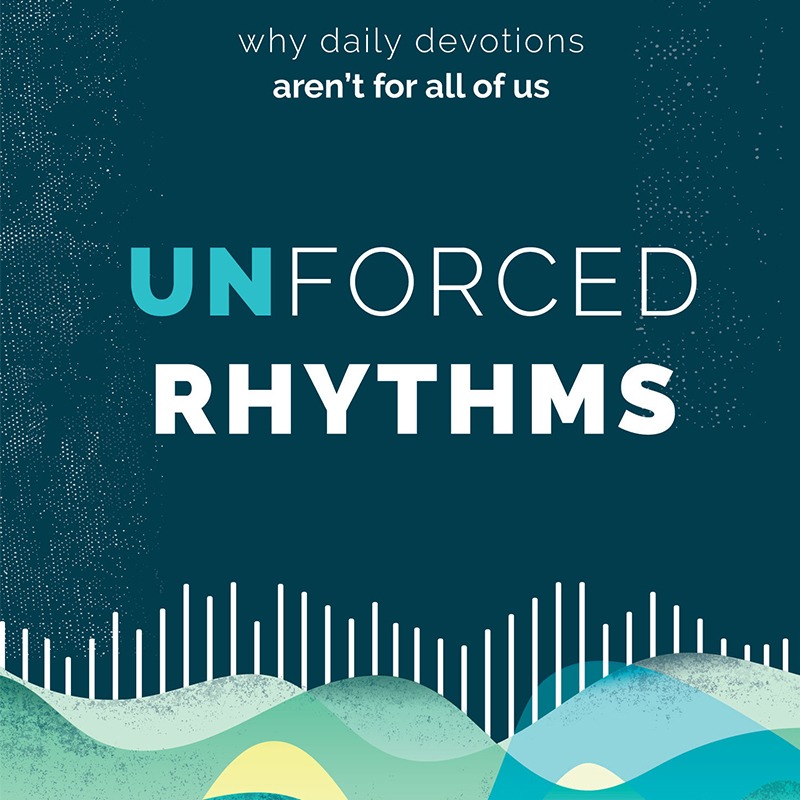 Gwen Jackson has a desire to help people live in the freedom that comes when we let go of the expectations that drive our experience with God, and enter into a relationship with him that reflects how he made us.

Gwen became a Christian at 10 years old, but in her twenties, she began to struggle with the routine of daily devotions. She loved God and wanted to spend time with him, but the things she had been taught were, to her, more suffocating than liberating.

Unsatisfied, she began to search for a way she could connect with God. Eventually she came across an article written by David Drury about “life rhythm theory.” When she read and reflected on his words, she realized the yoke that had been unintentionally placed on her shoulders had created guilt for her.

Gwen couldn’t wake up early and spend 30 minutes with God. She didn’t read her Bible every single day. She didn’t make it through those daily devotions that promised a better relationship with God by the end of the year.

Not because she didn’t try. She did. And with each day that she missed, more guilt would create tension between her and God.

“I was torn between my desire for more of God and my anxiety at trying to follow ‘the daily rules’ for Christian growth,” said Gwen in Chapter 1 of her new book, Unforced Rhythms.

Something told her this was not the way it was supposed to be.

After reading Drury’s article about the three different types of rhythms that people could fit into, things began to make sense. She was not a daily person. That was not how God created her. Up until that point in her life, the spiritual angst was building simply because she was living out of goals and expectations that worked for others, not her. So, Gwen began to do her own research. She talked to people, reflected on her life and with Drury’s article, gained a new understanding of the different life rhythms. She also developed an assessment that helps others discover which life rhythm they lean into most.

Unforced Rhythms: Why Daily Devotions Aren’t for All of Us—available at www.unforcedrhythmsbook.com, wphstore.com and Amazon—dives into this concept of life rhythms.

Daily rhythm people are those who live in routine and are satisfied by daily things; daily devotions, to do lists, etc. When they wake up on a Monday morning, they say to themselves, “It’s Monday. What do I do on Mondays?”

Weekly/monthly rhythm people are those who are goal oriented. They aren’t necessarily concerned about daily quotas, but instead about completing goals.

The desire of this message is to give people permission to engage with God in a way that fits who they are. We aren’t all the same, and instead of trying to ignore differences, we should be exploring and celebrating them.

So often we can complicate our relationship with God by disciplines and tradition, over-working to prove ourselves to God and those around us. But maybe it is time for us to hear God saying, as he did to Gwen, “Stop making things more complicated and just live for me.”

Are you tired? Worn out? Burned out on religion? Come to me. Get away with me and you’ll recover your life. I’ll show you how to take a real rest. Walk with me and work with me—watch how I do it. Learn the unforced rhythms of grace. I won’t lay anything heavy or ill-fitting on you. Keep company with me and you’ll learn to live freely and lightly. (Matt. 11:28–30, MSG)

You can order your copy of Unforced Rhythms at www.unforcedrhythmsbook.com.