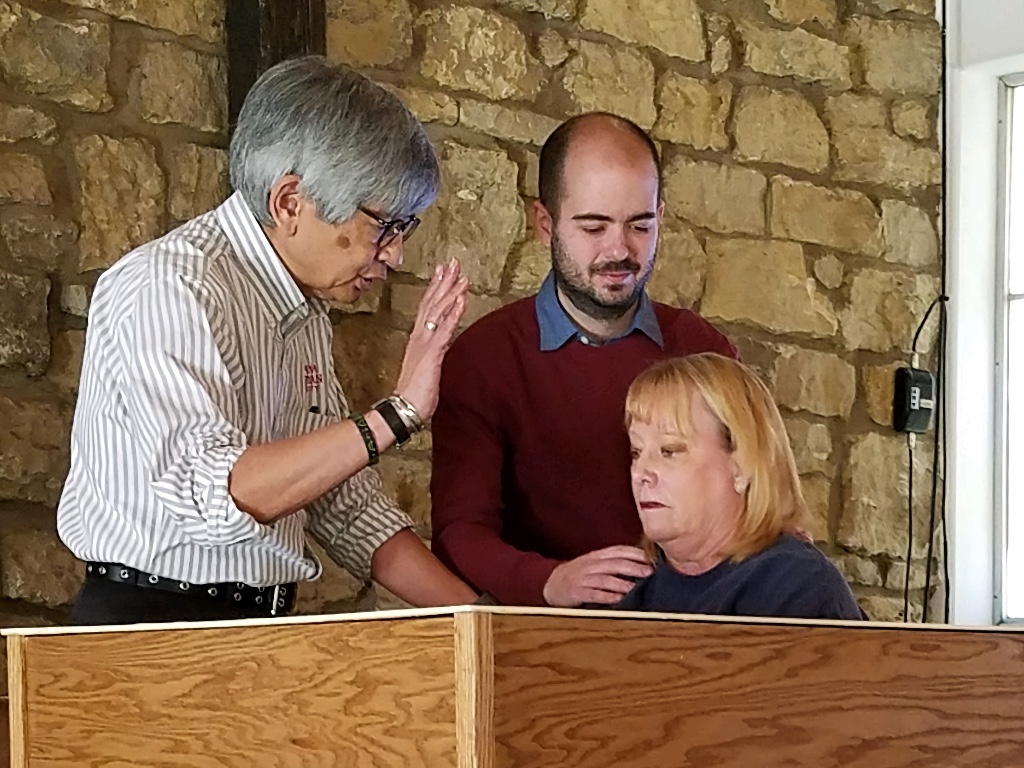 Finding faith: from Wiccan to Wesleyan

“People saw my grandmother for potions and spells; if they were sick, or needed something healed, they would come to her."

On the surface, Carol Greer appears to have had a relatively normal life. A 911 dispatcher for over 25 years, Greer was enjoying being an employee, mother and grandmother before a liver transplant follow-up surgery altered the course of her life.

“They lost me twice on the table,” Greer remembered. “During those moments, I had an out-of-body experience. I was a little girl in a pink, frilly dress looking down on my surgery. I started to get scared, and then all of a sudden I felt somebody holding my hand. I knew it was God. At that moment, I knew whatever the outcome of this was, I was going to be ok.”

This sense of God’s presence was new for Greer, a lifelong Wiccan from Frankton, Indiana. While her father was Roman Catholic (who frowned on Wicca), Greer’s mother and grandmother — an immigrant from Ireland who was raised as a “healer” in the Wiccan tradition — raised the family in Wiccan practice.

“People saw my grandmother for potions and spells; if they were sick, or needed something healed, they would come to her,” Greer said. Although family life was firmly rooted in Wicca, Greer began to drift away from the practices.

“Something about it didn’t ring true,” she said. Greer no longer observed special days in the Wiccan calendar and stopped worshipping the male and female energies central to the Wiccan practice.

After spending 10 years spiritually adrift, Greer entered her fifth decade with no solid sense of spiritual life, focusing mainly on work and family. But God’s presence during her surgery was so real, so solid and so impactful, that once she awoke from a weeklong coma in the ICU, her first request was to see the chaplain.

The chaplain came to visit, and suggested Greer find a local church with which to get involved. Greer’s granddaughter, Lexi, had been attending Parkview Wesleyan Church (PWC) in Chesterfield, Indiana, where she was mentored by Mike and Nancy Retherford. When Lexi told the Rutherfords about Greer’s experience, they came to the hospital and talked with Greer. After she got well, Greer decided she would try attending church.

At first, Greer’s anxiety about going to church almost overcame her. But she started attending and was baptized in the summer of 2020.

“I was worried when I shared my testimony that somebody was going to throw tomatoes at me,” said Greer. “It’s not every day that somebody gets up in front of the church and says they used to be a witch.”

But Greer was amazed at the open-mindedness, empathy and love of the people at Parkview. Greer approached church without any background in Christianity or any real knowledge of what discipleship might look like, but the church surrounded her as a load-bearing community, helping her process through how to say “yes” to life in Christ.

Since starting to attend PWC, Greer has consistently been a part of Bible studies, small groups and service teams. Even before Christ, Greer was responsible, hardworking and community minded. But Christ’s work in her life bears fruit in her character in unexpected ways.

“Carol has been a wonderful blessing to Parkview, and it has been amazing to see her growth in the past year. She has been a testimony to the victory that is found in Christ, and I am beyond excited to see how God will continue to use her in the future!”

“I’m a kinder, gentler soul,” Greer reflected. “And when I work, my activity is motivated by a genuine desire to help people and love them.” During her career with dispatch, Greer won awards, received honors and helped others. But underneath all that activity, she was motivated by a desire to prove herself to others. “But now I just want to help,” she said. “I’m doing more for people now. But I’m doing it for Christ, not for me.”

Her family is learning to adjust to this new version of Greer, and many of her relatives have come to Parkview with her, looking to explore the community that has embraced her so fully. Her presence at church has caused her to look around for others — both in the pews and in the community — who might need a special expression of God’s love.

“Some in our church are very shy and poor and yet I say, ‘You deserve to belong, and you’re the same in God’s eyes.’ I remind them that the people who I thought would look sideways at me ended up being the people who welcomed me most,” said Greer. “It’s never too late for God to put you on the right path. I know he’s had his hands full with me for quite a while, but he finally did it.”

Read more stories of God’s transforming work in The Wesleyan Church. To find a local church in your area, click here.