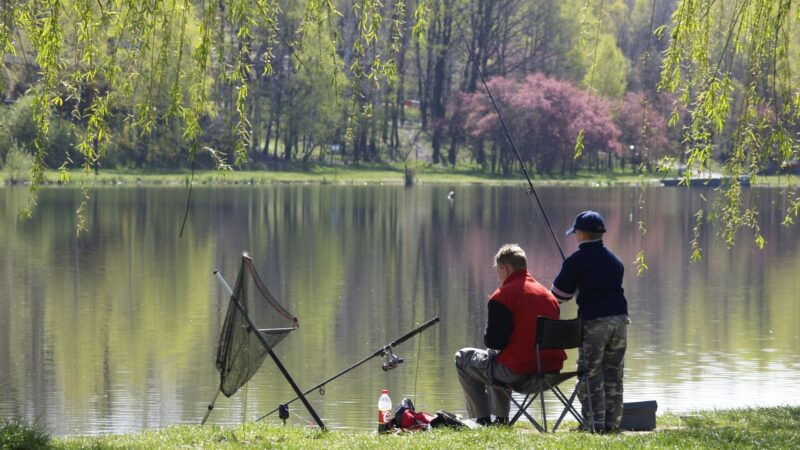 Who would have ever thought that teaching someone how to backcast or jig would be considered kingdom of God work?

But that is exactly what Frank Pratt, a member of Hayward Wesleyan Church in Wisconsin, has been doing by teaching children and families to fish, to make rods, lures and other things at fishing events all while luring them in to hear — or just see — a gospel message. 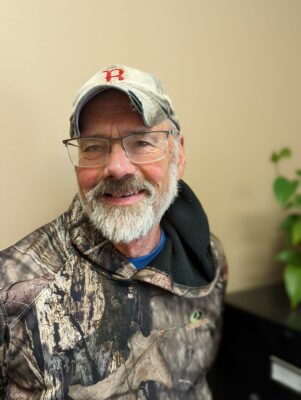 His decision to embark on this “retirement job” came in May 2010 as he was contemplating retiring from his 38 years with the Wisconsin Department of Natural Resources (DNR), where he was a semi-authority on fishing, hunting and trapping. At the time, Frank was in a life-threatening auto accident that crushed the left side of his body. He was pried out of his Subaru with the jaws of life and life-lined to a local hospital that determined they did not have the expertise to help him. It was on the next helicopter flight to Peoria that Frank heard one EMT whisper to the other, “I don’t think he’s going to make it.”

While in recovery after hours of surgery, God spoke clearly, telling him to put his skills to use but to do it in retirement.

“He [God] told me he wanted me to use my skills, and even my big mouth, for good! I’ve always been a big mouth, I gotta be the boss all the time … be right all the time. The message I got was that this is the way he made me. But I gotta use it for good.”

Frank took the skills he perfected with the DNR, combined them with his passion to evangelize in his own way and came up with the Sons and Daughters of Zebedee organization. The people in it help Frank with annual educational programs such as a fishing expo at Hayward Wesleyan. “We give them a lot of fishing and just enough of the religious ‘Christ’ message that they are receptive.” 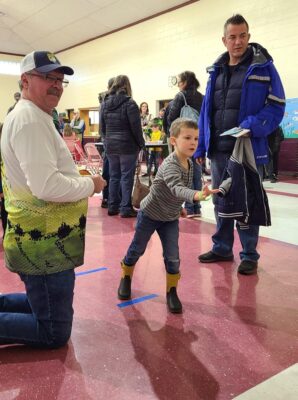 Ryan Wilson, worship and discipleship pastor at Hayward Wesleyan, partnered with Frank for the Fishing Expo this year, and said the event offered a variety of fun in the gym for families. There were fishing workshops, minnow races, curtain fishing, games for little kids to “decorate a fish” and door prizes.

“We were blown away; hundreds of people came. So many families with kids. I was praying beforehand ‘Lord, just let somebody come and don’t let this be a total bust.’ We had at least 300 people,” said Pastor Ryan.

One of the keys to success was getting other groups in the community involved such as the DNR. It helped get the word out in its circles while a grocery store and a local bait and tackle shop advertised it on ad boards. At the end of the Expo, Ryan’s father — Rev. Mark Wilson, a Southern Wesleyan University professor and author of “Purple Fish” — gave an evangelistic message. At the Fishing Expo, decisions were made to either renew or make a new commitment to Christ.

The idea for the future of the Sons and Daughters of Zebedee is to be the organizer for more of these types of events, perhaps incorporating a cooking class. Pastor Ryan says it is “more about building relationships” and less about a traditional church function. While Frank doesn’t bill these events as a church event, Pastor Ryan said, “he doesn’t hide that he is a believer” while he is teaching kids and families.

And the timing couldn’t be better for this type of ministry. “The interest in the outdoors is ‘through the roof’ since the pandemic,” says Frank. Canoeing and ATVing, fishing, hunting and camping by families is at an all-time high. “The crop is plentiful, but the workers are few.”

Frank believes his evangelism is simple but effective — “My motto is you shall know them by their actions. I’m not a pound the table and give them your testimony kind of person.”

He believes that we all need to be a shining light. “Hayward is one of those shining lights. It’s all about outreach and helping people and loving people. We are in the community.”

Frank wants to spread that message to more seniors who don’t think they have much offer. “So many seniors have wonderful skills and guidance and stories that they could be imparting.” It’s a choice, he says, to do nothing or get busy doing something … to be that shining light.