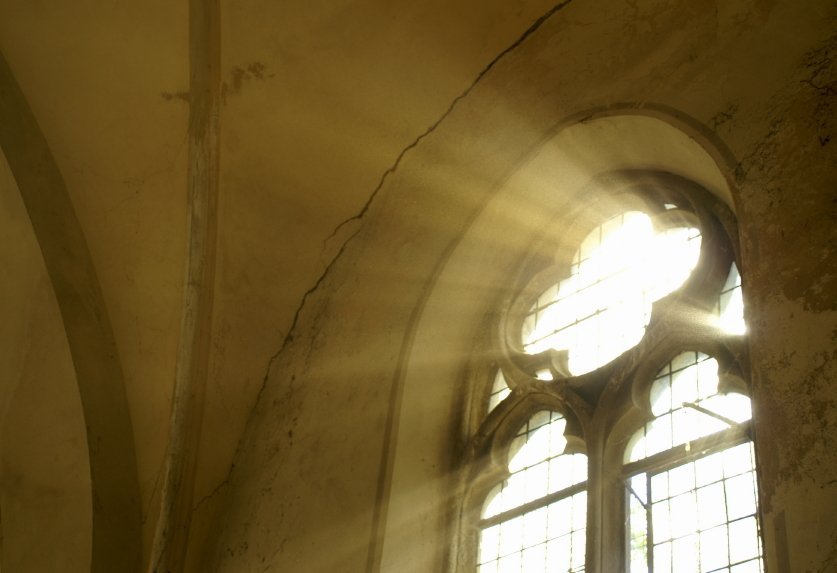 Is your church misfiring on its mission? These five theories will help you answer that question.

Every church would say they are in it for the mission, which is why misfiring on that mission is something to be avoided at all costs. Yet it happens all the time.

Here are five of the most common misfires:

1. Seeing other churches as the competition.

When I started Meck in Charlotte over twenty years ago, there was a large and once-thriving church experiencing stagnation and severe financial struggles. In an interview, the pastor was asked why the church was facing such difficulty, and his response was telling: “When we started, we were the only good Bible-teaching church around. Now there are more to choose from.”

I remember being stunned at the complete orientation toward transfer growth from existing believers, and the complete blindness to the vast numbers of lost/unchurched people.

But even more, I was taken by how strongly so many people involved in local churches view other local churches as the competition, as if it’s McDonald’s against Burger King.

I remember saying to our earliest core group, and have continued to say ever since, “We could have a hundred churches around us, and it wouldn’t matter. We’re not after churched people!” I would often go further and add, “We’re not even primarily after people looking for a church. We’re after the person who, right now, the last thought on their mind is being in a church this weekend.”

Bottom line: If you see other churches as the competition, you are reducing the mission to reaching the reached. That is not the Great Commission. Instead of being fishers of men, you’re just keepers of the aquarium.

2. Criticizing “seeker” churches for being all evangelism and no discipleship.

It used to make me mad, but now I just sigh at the ignorance. First, that they would bring out the tired moniker “seeker” when it is so passé, even among those churches that once consciously wore the label. Second, that they insist that if you prioritize the lost or unchurched in your outreach, you are somehow de-prioritizing the existing believers in your community or those who have moved into your area and are in need of a good church home.

Why the insistence on a false dichotomy that it either has to be evangelism, or it has to be discipleship?

The Great Commission makes it clear that we are to do both. Why can’t people see that if a church prioritizes the lost with outreach, as Jesus said we are supposed to, it doesn’t mean they aren’t strengthening existing believers for life in Christ and the cause of Christ? And why insist on taking shots at churches that are oriented toward the unchurched in their outreach as if they don’t care for the believer or discipleship?

It’s such a straw man.

Bottom line: If you can’t make evangelism and discipleship a “both-and” instead of an “either-or,” you will never fulfill the “both-and” nature of the Great Commission, which was to “make” disciples and then “teach them everything.” And if you insist on this misfire, you will end up dropping the ball with one or the other side of Jesus’ marching orders.

3. Saying you’re after the unchurched, but clearly targeting the already-convinced.

For most churches, this isn’t conscious. They talk about reaching the lost, or going after the unchurched, but when you examine their “front doors”—meaning their weekend services, website, mailings, ads—

they are targeting the person actively looking for a church home or someone already in one. Regardless, it is clear that it is assumed they are a Christ-follower.

“Looking for a good church home?”

Really, who is attracted to any of this? Only the already convinced, and often already-churched.

If you think touting that your church is bigger, better, more dynamic, has better Bible study or its own worship band with CD’s is going to reach the “nones” that are now the second-largest and fastest-growing religious segment in the country, then you need to get out and meet a few.

In what is arguably a reaction against the previous generation’s emphasis on social morality–namely abortion and same-sex marriage–young Christians (and now older ones as well) are giving renewed emphasis to matters of social justice, including a new interest in public policies that address issues related to peace, health, and poverty.

This is all well and good.

The misfire is when the mission of the church is reduced to social justice. In other words, we’ll buy Tom’s Shoes, but not witness to Tom.

Bottom line: Social ministry should not be paired against evangelism. We should extend the Bread of Life as well as bread for the stomach. But we must never begin, and end, with the stomach alone. The scandal of the cross–and humanity’s desperate need for it–doesn’t play as well as the hip work of International Justic Mission or supporting Bono in Africa. Yet think how tragic it would be to have compassion for the immediate needs of this life, but not the eternal needs of the life to come.

5. Thinking outreach is offering them what they already have.

A flyer recently arrived in my mailbox from a new church plant, promising me relevant and practical messages, contemporary “urban” music, and great coffee. The idea is that if you offer such things, people will come who wouldn’t normally come.

It’s a subtle and enticing temptation. All we have to do is encourage casual dress, offer Starbucks coffee, play rock music, and then deliver a “felt needs” message in a style similar to the popular speakers of the day and we will automatically grow.

And if you want to guarantee your growth comes from a younger demographic, just throw in skinny jeans, designer t-shirts, and a noticeable tattoo. It will instantly turn the most middle-of-age pastor into a Millennial magnet.

People already have those things. They do not need to go to church to find them. If they want Starbucks, they’ll go to Starbucks; if they want to hear contemporary music, they have iTunes and their iPod. They may appreciate those things once they attend, but it is not what will get them to attend.

This approach may have worked back in the 80’s and 90’s, but that was because the typical unchurched person was a Baby Boomer who had been raised in a church, just starting to have kids. They had the memory and the experience; once they had kids, they actually wanted to find a church. When churches took down the cultural barriers associated with attending (eliminating stuffiness, boredom, irrelevance, empty ritual, outdated music), Boomers were attracted.

And yes, back then, if you built it, they came.

But this is no longer our world, and hasn’t been for quite some time.

As uber-marketer Seth Godin notes, “The portion of the population that haven’t bought from you . . . is not waiting for a better mousetrap. They’re not busy considering a, b, and c and then waiting for d. No, they’re not in the market . . . As a result, smart marketers don’t market to this audience by saying, ‘hey ours is better than theirs!’”

Bottom line: The foundational way that people divorced from the church and a life in Christ will come to church and find that life in Christ is if a Christ-follower does three things: build a relationship with them, share how Christ has intersected the deepest needs of their life, and then invites them into the community to see, hear, taste, and explore.

And actually, that’s pretty much the bottom line for all five.

James Emery White is the founding and senior pastor of Mecklenburg Community Church in Charlotte, NC, and the ranked adjunctive professor of theology and culture at Gordon-Conwell Theological Seminary, which he also served as their fourth president. Used with permission, North Carolina East District.