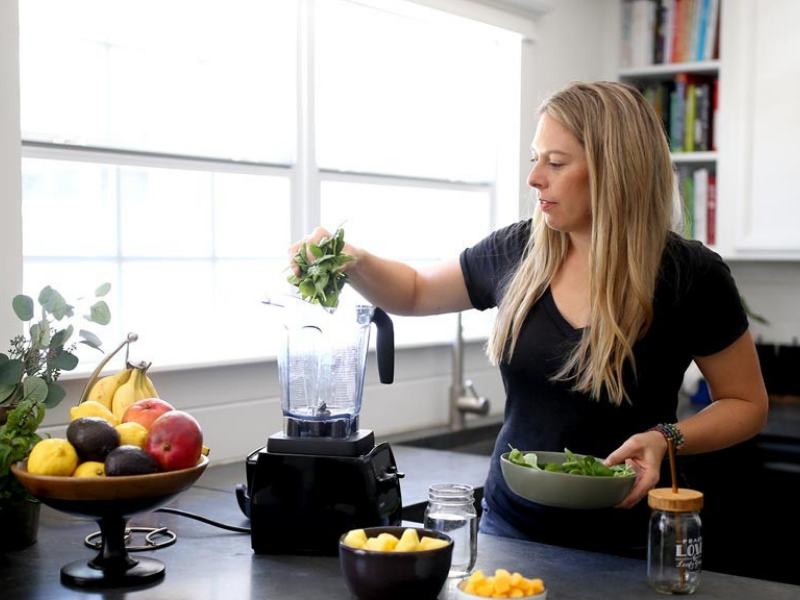 As Jen sees herself growing more willing to talk about her faith, she finds God bringing more opportunities to harmonize words with actions.

Born in the suburbs of Los Angeles, Jen Hansard’s experiences with church (the words “strict” and “dread” were used in remembering her childhood congregation) were hardly predictors of her future involvement in faith communities.

In elementary school, Jen came to faith in her aunt and uncle’s church in Hermosa Beach, California, where she resonated with the laughter, acceptance and general feeling of belonging she encountered when visiting their congregation. When she started dating her husband, Ryan, during their high school years, Jen accompanied Ryan’s family to a local Nazarene church. There, Jen saw “how a community of believers could lean on one another and grow in their faith,” as she grew closer both to God and to Ryan.

After getting married at age 21, Jen planned on being an art director at an advertising agency as Ryan worked in Hollywood film studios, following his father’s career path. The Hansards had stopped attending church during this phase of their life, spending their days working, attending school and exploring the world.

It was a surprise, then, when — during a summer-long road trip to the national parks — Ryan felt a desire to become a pastor. Because this seemed random (even strange, Jen admitted), Ryan waited to see if the urge would dissipate. But when the call remained, he enrolled in Nazarene Theological Seminary in Kansas City, Missouri. He participated in their “module program,” which allowed them to still live in Los Angeles, where Ryan worked at the film studios. The program required he spend only six weeks annually in Kansas City for classes.

By the time seminary graduation arrived in 2011, the Hansards had welcomed two children into their family, purchased a house in their hometown and began to plant roots in the Los Angeles suburbs. “Or so we thought,” said Jen.

A classmate of Ryan’s asked him to consider planting a church in Florida through The Wesleyan Church, under the leadership of Rev. Patrick Styers, Florida District superintendent.

“Up until that moment, the only Wesley I knew was from my Methodist hymn book — and I didn’t know much!” said Jen. Initially, the Hansards said “no” to the Florida idea, but when the classmate offered to pay to fly them to Florida to attend a church planting workshop, they went.

After spending five days in Tampa Bay, the Hansards felt confident this was where God was calling them to be.

“We had no clue how we would make money or where we’d live, but we felt called to start a church in Wesley Chapel, Florida,” said Jen. “I started selling everything in our house on Craigslist. We finished home projects to make our house as marketable as possible. And we tried to fundraise for our new job as church planters — which didn’t go very well.”

Their first two years in Florida were trying.

“It was nothing like we thought church planting would be,” said Jen. “We were broke, exhausted and pretty much unemployed. Then our health insurance ran out. We were buying groceries with WIC government checks and praying that no one would get sick.”

After 15 months, the church plant closed. Jen was confused that after moving across the country for the sake of obedience, nothing had gone as planned. Jen reached out to a friend and fellow pastor’s wife in California for guidance. During their conversation, Jen expressed how they were feeling unsure of what to do, yet contemplating a move back across the country to live with her parents and get back on their feet.

“You don’t go anywhere until God calls you,” the pastor’s wife said. The Hansards took this advice and remained in Florida, trying to figure out God’s plan while scraping together enough money to pay their rent and for groceries.

Within six months, a door opened for Ryan to serve at Brooksville Wesleyan Church (BWC) in Brooksville, Florida, where the Hansards have now served for seven years. They have discipled many teens and young adults to Christ and led mission trips around the country and the world.

Jen has started her own company, Simple Green Smoothies, a plant-based lifestyle company that specializes in smoothie recipes, adventure retreats and seasonal cleanses that bring people together to make healthy changes.

Among her many roles, Jen’s favorite is creating products and experiences “that help people feel their best so they can live life to the fullest.” The adventure retreats that Jen leads take place in her beloved national parks, where months of pre-training prepare women to do trail runs through some beautiful national parks.

But smoothies and retreats are often just the first steps towards transformation at Simple Green Smoothies. In moments when someone on her team is sick, or a customer is undergoing cancer treatment, Hansard pauses and prays for them. In her newsletter, she sometimes feels led to share her faith and stance on controversial issues. As Jen sees herself growing more willing to talk about her faith, she finds God bringing more opportunities to harmonize words with actions.

“The freedom I have as a business owner allows me to support causes close to my heart, such as World Hope International (WHI),” said Jen. “I’ve become a brand ambassador for their mushroom farming in Cambodia and I’m on their clean water team doing disaster relief work. I’m able to share these experiences with my community, raise funds and inspire them to step outside their comfort zone to help those in need.”

Jen, who just a few years ago was feeling uncertain about God’s plan for her life, used to pray “God, open doors and light my path.” Now she’s changed her prayer to “God, I need you to close doors and place giant boulders in my way if you don’t want me to keep going. I’ve got the energy, support of my family and a passionate heart to go after anything for you.”

Though Jen is quick to say she didn’t expect to be married to a pastor, start a business or move to Florida, she’s equally certain that this season of entrepreneurship and ministry brings fresh opportunities to Unleash a Kingdom Force in her sphere of influence. Whether fundraising for WHI projects, leading a women’s retreat to the Grand Canyon, or encouraging her community to fuel their passion, Jen finds God’s invitation everywhere, And, as often as she can, she joyfully says, “yes” to whatever God has for her.

Learn more about Marketplace Multipliers and how you can disciple the people God has called you to serve.