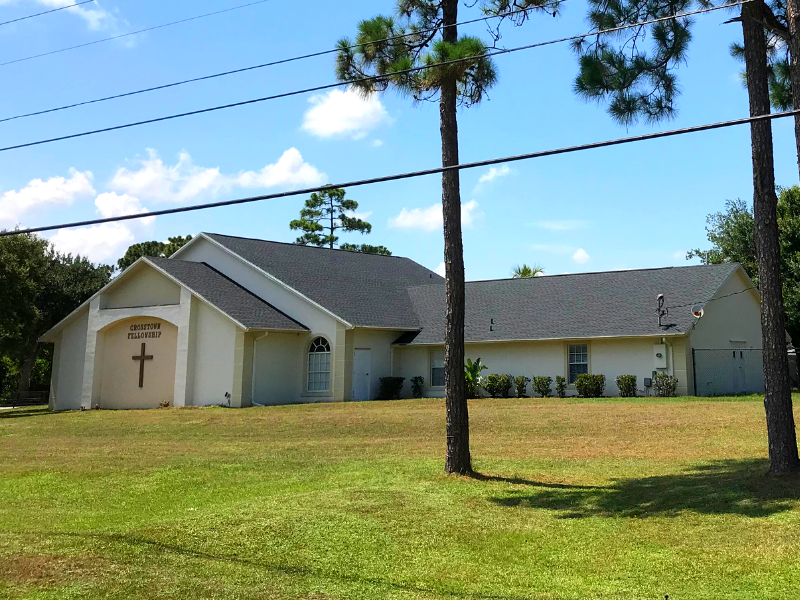 Florida church is outward-focused since its restart

A small Florida church is making unprecedented strides in missional giving and community outreach in a city where only about one-in-five people attend church on Sundays.

In the summer of 2017, Crosstown Fellowship Church in Port St. Lucie, Florida, had merely 15 members and found itself steadily shrinking, despite being planted only five years prior.

Rev. John Croft, widely recognized for his work as director of the JESUS Film Partnership of Global Partners, began June of 2017 as Crosstown’s pastor with hopes to revitalize the church with the help of his wife, Shanda.

“We went into it knowing that it was a church in trouble. Our goal was to bring health to the church,” Croft said. “We’ve never focused on numerical goals; we’ve just tried to do a lot of discipleship, teaching and leadership training.”

But the Crofts and members of Crosstown Fellowship had several hurdles ahead to achieve this health, namely the mounting financial burdens. During Croft’s first year as pastor, Crosstown Fellowship was heavily dependent upon the Florida District of The Wesleyan Church for financial support. Croft said the church is now fully self-supporting, however, and has been for a year, expressing that “God has been faithful in that area.”

The original 15-member congregation has now grown to almost 40, with ethnic backgrounds as diverse as the community from which they come.

And though Croft has spent much of his adult life in ministry and been surrounded by peers who primarily grew up in church, most members of the Crosstown Fellowship congregation have not — something Croft has found to be refreshing.

“It’s fun because most of them are like birds who are wanting to be fed,” he said. “There is a hunger and eagerness to learn. That makes it very rewarding because sometimes you get around people who have been in church all their lives, and they think, ‘Okay, nothing new to learn here.’ But that’s not what we have.”

With his primarily newly-believing congregation, one of Croft’s major focuses as a pastor is expressing the necessity of missional outreach, purpose and multiplication in the church.

“My background in missions has taught me that getting people outward-focused is something you want to tackle at the beginning, not later on. Because when you are focused only on what you want, you tend to stick in that mindset,” he said. “We constantly expose people to missions and reaching out, so when we reach the point of needing to reach out into another community, that won’t be a foreign idea.”

And this push toward missions and multiplication has been well-received. Croft explained that last year the church committed to a $6,200 faith promise, raising nearly 100 percent of that; they have also collected $2,500 in change in the last year to drill wells in Mozambique and are continually growing in acceptance and understanding of why multiplication is so essential, especially in their community — which suffers a mere 20 percent church-going rate.

“We feel like we are in a very strategic location, and we are here on purpose, and that purpose is becoming a multiplying church,” Croft said. “We don’t see ourselves being a mega church but a community church that wants to multiply community churches, and people understand the need for it, the rationale. We don’t need a church of 1,000; we may just need many churches of 100.

“We want to reach our community, and once we’ve done that, we want to spill over into the next community.”