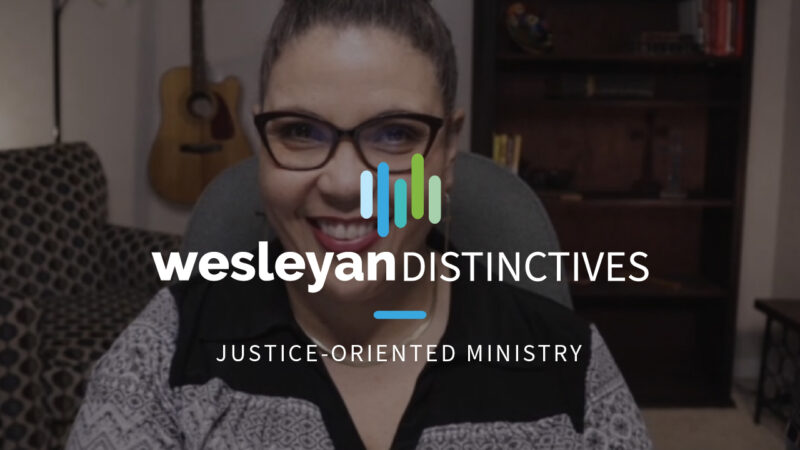 Wesleyans sing a different tune, serving and seeking justice for those in need.

I love singing music — not because I am a proficient musician (I am not) or because I majored in voice (I did not) — but I just grew up in one of those families where music was a regular part of our lives. Music brought us together as a family and filled our home with laughter and joy. But also, and perhaps more importantly, it gave us hope.

We needed hope. We were desperately trying to hold to the promise that things would be better. The Puerto Rican community where I grew up faced serious challenges. We were not strangers to discrimination, segregation or racism. We held on to whatever would give us a sense of hope. Music did this well.

The beats, rhythms and sounds were part of my cultural upbringing but the song lyrics mattered most. Our coritos and himnos were not just worship songs. They were cries for help to the One who could give us the strength to endure and the courage to carry on.

Our hope songs in Spanish were sung by a people forced from their lands when the borders were moved, and by those left jobless when the Bracero Program ended. They were the songs of the many who left families in their native countries in pursuit of new opportunities and better living conditions, only to arrive in a country that treated them in dehumanizing ways. Singing kept the hope alive and those songs were and still are part of our survival story.

The role music played in bringing hope is not particular to the Latinx community. Something similar could also be said about the spirituals, the sung stories about the injustices and deep sorrows of the enslaved. And we know there are tunes recounting the grief and pain of those who suffered before, during and after the Chinese Exclusion Act of 1882. We must commit to remembering the “songscapes” of Native Americans, which denounced the injustices faced at the hands of the settlers. None are the same, and even within each ethnic group, there is great diversity. And yet we all sang those lyrics that in culturally responsive ways gave us hope during very dark days.

Wesleyans also sang songs of hope. They sang hoping slavery would end. They hoped on behalf of those suffering at the hands of their enemies. They sang to call the Christian church to open its eyes and stand against the injustices of the world. Their music was a protest and antislavery hymnals were used to denounce the sinful acts of slavery and inspire change. 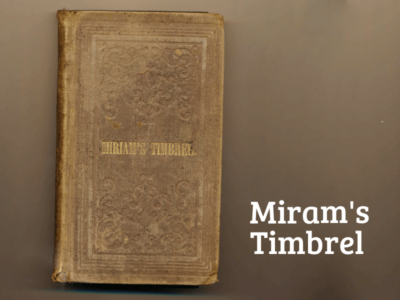 “Miriam’s Timbrel” is one of those hymnals, and number 63 is among the many antislavery Wesleyan hymns:

Forget not the captive! His friends are but few:
Yet who can recount all his woes?
Alas! that the many, who his chains might undo,
Should have given their aid to his foes.

This song is believed to have been written by John P. Betker, who compiled the hymns of the first and second editions of the small hymnal, “Miriam’s Timbrel or Sacred Songs Suited to Revival Occasions and Also for Anti-slavery, Peace, Temperance and Reform Meetings.”

On the preface of the second edition published in 1853, Betker states, “Very few of the spiritual song books now before the public sympathise with the practical reformations going on to improve the social and moral condition of human society. It is believed this deficiency is met in this little volume.” The hymnal testifies to the prophetic voice of Wesleyans within the church as abolitionists during that time.

Historically, Wesleyans held the reputation of being those Christians on the other side. When churches moved out and abandoned “the least of these” in urban settings, those in the Wesleyan Methodist Connection rejected the lucrative lifestyle to serve the hungry, poor and the oppressed. Just like John Wesley, Wesleyans were friends to those imprisoned and they advocated for just judicial systems. When the systems of banking did not favor the poor, Wesleyans created their own equitable lending sources.

From the very beginning, we sang, as Wesleyans, a different tune. Ours was a justice-oriented song that called us to extend safety to those escaping the shackles of slavery. Our contribution to the Underground Railroad to this very day is a part of that redemptive story. And when no one would ordain women, we were there to bridge the gap. We stood with courage in response to the needs of humanity and society.

We also have moments in our history that are painful to remember. We did not sing our antislavery songs during the Civil Rights Movement. We remained absent and silent. Not even a hum. We left the urban areas and moved our educational institutions and our churches to the rural places at a distance and inaccessible to communities of color. In many ways, we lost sight of our Wesleyan practice of justice rooted in our past and foundational to our identity.

And yet there have always been those Wesleyans among us who have kept the music playing on the other side: Forget not the captive. Forgotten they are not.

This has led to Wesleyan churches providing immigration legal services to many under-resourced communities and bringing hope through Immigrant Connection. We’ve regained some visibility in urban communities without abandoning the rural. While there is much work that remains, we seek to revive the Wesleyan practice of justice rooted in our history with hope that “the best is yet to be.”

As expected, my love for music keeps me seeking for the tune to Betker’s “Forget Not the Captive,” but to no avail. However, the song’s five stanzas are written in my heart. They serve as a reminder of who we were, and who we are called to be today. So let history tell the story of us, those Wesleyans on the other side, loudly singing a song of hope that will tell a redemptive story.

Forget not the captive! Forget not his wife!
Forget not his children in pain!
Awaken thy kindness to give them relief,
And Jesus will bless you again.

Rev. Dr. Joanne Solis-Walker is an ordained minister of The Wesleyan Church, an associate dean and professor in the practice of leadership at Candler School of Theology, Emory University and a partner and strategist of CaminoRoad, A Development Company.