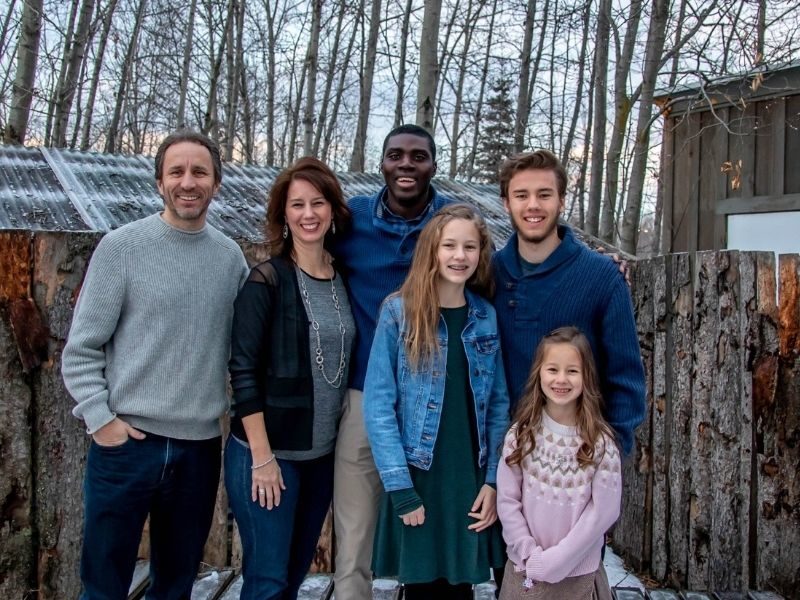 A son's request for a cell phone changed an entire family.

When you hear the words “sacred space,” do you think of a dining room table? Or a long car ride on the way to a campsite? What about the five-minute drive to a local eatery?

For the Wuerth family from Anchorage, Alaska, wisdom — not just as a concept, but as a rhythm — has revealed the formative potential of even the smallest interactions.

The Wuerths’ attentiveness to the small moments grew over time. Steve Wuerth grew up reading and memorizing Scripture, attending church and even graduated with a degree from a Christian university. But over time, his love for Scripture memorization waned.

“Before I was married, it just seemed not to matter as much,” Wuerth said. “But when I got married, I wanted to read and remember it just to get through life.”

That desire deepened when Steve and his wife, Lana, welcomed their first child, Alex, into their home. A few years later, Lana and Steve worked with a preschool-aged Alex on memorization, hoping to start shaping his retention early.

“He memorized his ABCs with a poem for each letter, and Lana would put Scripture to the letters too. They’d put the Scripture they worked on memorizing into a book and carry it around. When we went camping, or even to McDonald’s, they would work on Scripture memorization in the backseat on the drive.”

What started as an early childhood habit soon became a crucial part of family life. But over time, the Wuerth family became fascinated not just with Scripture memorization, but with gaining what Proverbs calls “wisdom.”

“Wisdom is really the main story,” said Wuerth. “We live in Alaska, and so this land is wonderful. It makes you reflect: how big is the universe? And yet, God says he made something before all of that. With the universe already being so big, I wondered, ‘Why would he make something before?’ And yet the Bible said he gave forth this thing called wisdom. Does God ever do something out of order? Does he ever not have a plan? How big is this framework of wisdom that he would build it before he would build the earth?”

As the Wuerth family grew — with the birth of two daughters — Adria (now 14) and Allie (now 8) and the addition of Sylvanus (now 21) from Nigeria, their practice of scriptural engagement did too. Older and younger kids worked together to read, understand and memorize Bible passages, even while also working to create space where each member of the family could pay attention to God’s voice.

“Seemingly, we were the last parents in our world who had not acquiesced to this ‘rite of passage,’” said Wuerth. For him and for Lana, a phone was another stewardship opportunity for their children: a tool which would provide occasions for them to express either wisdom or foolishness. “So, my wife and I made a ‘Proverbs contract’ with our son: in order to get a phone, he had to memorize the book of Proverbs; and I agreed to do it with him,” said Steve.

This parental participation was important, both for Lana and Steve and for their children’s trust with their parents. “If we’re asking them to do something we’re not willing to do, that’s the definition of cowardice.”

Scripture notecards popped up in their rooms and their cars, and even on runs (plastic-bag-covered notecards to protect them from sweat). “I found it takes 3 ½ miles for me to learn one verse,” said Wuerth, with a chuckle.

These routines, shared and individual, helped the Wuerths achieve their goals. After months of memorization and hard work, Alex was able to quote 14 chapters of Proverbs in order and without error. His parents agreed to allow him to have a phone. Sometime later, Sylvanus also decided he wanted a phone and memorized eight chapters of Proverbs to earn one — even as he was in the process of learning English and acclimating to classwork.

As parents, the Wuerths’ joy of these exercises goes far beyond memorization. In their work, play and rest, they have seen each member of their family become more fully alive to God’s purposes. Alex is now serving as a youth minister, and Sylvanus is finishing a degree at Grand Canyon University. Adria finished memorizing her Proverbs during eighth grade. Allie is in third grade and has started to memorize Proverbs in order to get her own phone.

All their kids have found uniquely suitable ways to contribute as load-bearing members in their communities, churches and friend groups — and as parents, the Wuerths credit much of this to God’s way of growing wisdom in the kids’ lives.

“Anything you can put into their lives from God’s Word will help the kids make a better decision and know what’s the right thing to do … without that, what advice do we have to give to the kids? It might be somewhat well-reasoned, but aside from God’s Word, we have nothing to give them,” they said.

When the Wuerths look back on their early years of parenting — and see how their children continue into emerging adulthood — they emphasize the importance of building stage-appropriate habits of searching the Scriptures for the fingerprints of wisdom. When people think “sacred space,” it can be easy to think of stained-glass windows, prayer rooms or high architecture. But the Wuerth family reminds readers that every space is brimming with sacred potential: your breakfast table, running trail, or bedtime routine may be the best altars that exist in the life of your family.

All you need are the eyes to see where wisdom may be hiding.

To hear more about on the Wuerth family’s journey into Proverbs, click here. The wisdom in Proverbs 8 and Proverbs 9 have been particularly life changing for the family.