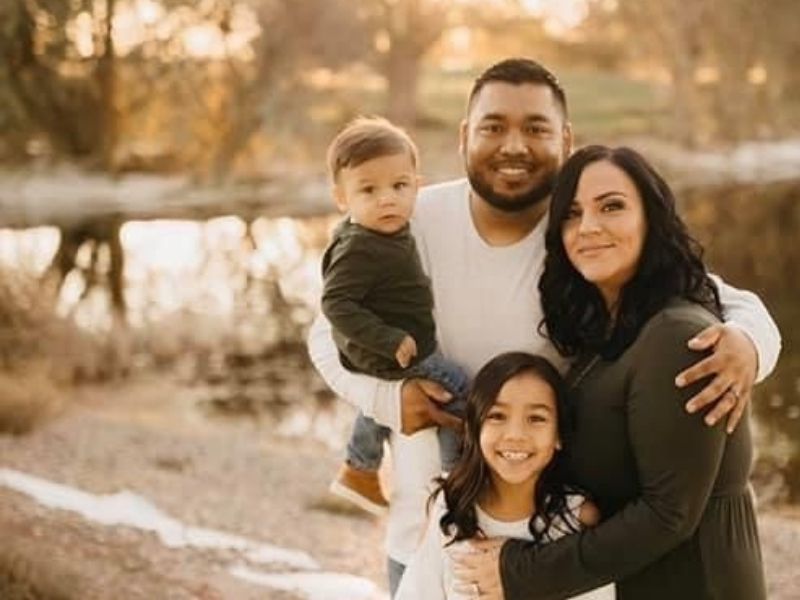 As Miravete studied the Bible, the truth of who Jesus is began to profoundly change his life.

Erik Miravete can’t remember a time when he wasn’t part of the Church of Jesus Christ of Latter-day Saints — also known as the Mormon Church.

Born in Isla Veracruz, Mexico, he lived there until he was eight months old. Then, his family relocated within Mexico to Juarez, Chihuahua. His parents were heavily involved in the church, where they held various leadership positions.

When Miravete was 12, the family moved to the United States. One of the first things they did after settling in Denver, Colorado, was to find the local Mormon church.

After a few years, the family moved to Johnson, Kansas. While they did their best to stay connected to the local Mormon fellowship there, they “weren’t heavily involved.”

“Our family stayed faithful to the Mormon doctrine,” said Miravete. They prayed, fed and talked to Mormon missionaries, read the “Book of Mormon” and engaged with fellow church members. Though the family eventually fell away from the church, they still practiced Mormonism in the home.

At age 18, Miravete moved back to Mexico, intending to finish high school and attend college. But just a few days later, a tragedy struck. While walking home from a local movie theater one night, Miravete and some cousins were robbed at gun point.

Miravete was shot in the stomach and walked in throbbing pain the remaining half mile home. As his grandma did her best to take him to a hospital for help, they ran into numerous roadblocks.

“We went to different hospitals and none wanted to take me in,” said Miravete. “One hospital said that they didn’t have a doctor on call, and another hospital said they didn’t want to be responsible for me — the best thing they could do was for me to lay on the street, and they could call an ambulance. The third hospital wouldn’t start working on me until they could see that we had a way to pay for the procedures.”

Finally, Miravete’s grandma “put the house papers as collateral” and surgery on his wound began. He promised God that if he lived, he would “give my life to God and be a missionary of his Word.”

That’s the last thing Miravete remembers from that night. Weeks later, he returned to Kansas to see his family and finish his senior year of high school. The family, still considering themselves Mormon, continued to struggle to stay active in church.

“My Mormon faith was always part of me,” said Miravete.

He forgot the promise he made to God. Then Miravete met Ranell, who he eventually married. A few years later, the couple had a daughter. Miravete began to think about his faith again as a new father. A son has also been added to their family.

“I remember one day after work I prayed to God,” said Miravete. “I opened my heart and told him that I wanted to follow him and wanted to put my trust in Jesus Christ.”

Days later, Mormon missionaries knocked on his door and started talking to him about faith. His prayers to grow in his faith were being answered.

Ranell was later baptized in the Mormon church. They became involved in the local church and begin to learn more about Mormon doctrines.

Soon, Ranell began to question this type of faith.

“My wife, who grew up a Christian, started bringing her concerns to me,” said Miravete. “The Mormon life for me wasn’t a big deal — after all, I grew up Mormon. Not just that, but my friends and family were Mormons too.”

The couple started to discuss their faith. Miravete began studying his Bible, and the contradictions of what he’d learned in the Mormon faith shocked him.

“I felt betrayed because there were things that the Mormon Church teaches that are not biblical,” said Miravete. He kept reading his Bible and discovering the truth, which eventually led him to leave the Mormon Church.

A few months later, someone invited him to Fields Memorial Wesleyan Church (FMWC) in Johnson, Kansas. Feeling uncertain about trusting any kind of church again, Miravete was warmly welcomed and listened to the sermon intently. He and Ranell began to grow exponentially, in biblical teaching and their ability to trust their newfound faith and those around them.

In January 2019, Miravete and Rev. Kurt Rovenstine, FMWC lead pastor, began to discuss Miravete starting a Hispanic ministry at FMWC. As Miravete prayed about the opportunity, the promise he made years earlier, if God spared him his life, came to mind. He knew this was God’s avenue for him to be a “missionary of his Word.”

The Hispanic ministry at FMWC is flourishing. Around 11 people attend a regular Bible study, and their Sunday service includes 25 worshippers. The ministry also assists community members with various needs. Miravete plans to complete his ministerial training this year as he pursues ordination in The Wesleyan Church.

Miravete’s obedience to be a “missionary of God’s Word” has also impacted his mom, dad and brother. After leaving the Mormon Church, they are actively attending and serving with Miravete and Ranell at FMCW.

“It has been such a joy to walk with Erik and Ranell on this journey of discovery and obedience,” said Rovenstine. “God is faithful and good and continues to reach out to those who earnestly seek him. Erik is a wonderful example of this truth. We are confident that God has a great plan for Erik and we are praying he continues to grow in his faith and flourish in his ministry.”