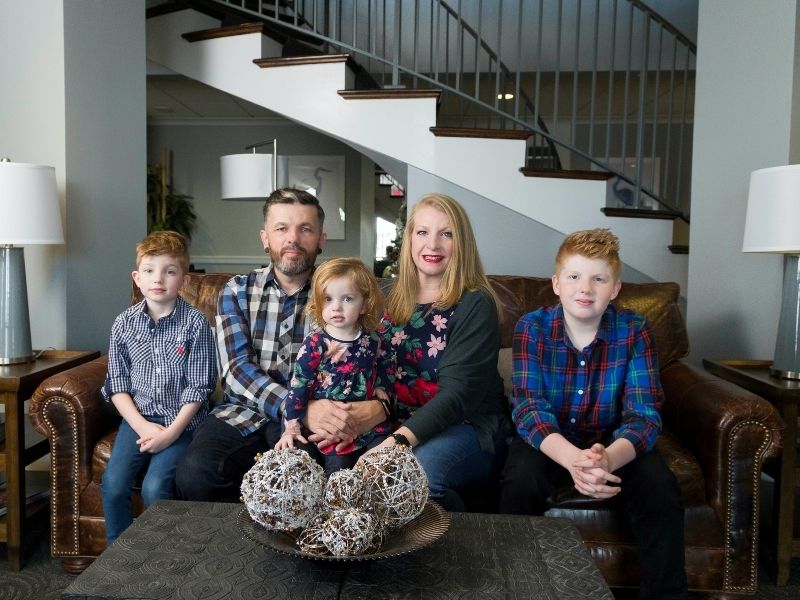 From darkness to light in Delmarva

Once she lived a life of sex, drugs and rebellion. Now she is planting a church and sharing her story of Jesus' redemption.

Once embattled in a world of substance abuse, sexual temptations and overwhelmed with crippling mental illness, Emma Adams never believed God would call her to be a church planter and pastor.

Although she was raised in Protestant traditions and attended a Baptist private school, Adams said, “It seemed to me that everyone who professed the name of Jesus either spoke in a language that made no sense, told me I was going to hell or hurt me. About that time, a girl from youth group introduced me to a new life: sex, drugs and friends who didn’t hurt me. From the age of 11, I rejected who I thought Jesus was and pursued love through the attention of men 18 and older, began smoking and drinking and was introduced to marijuana.”

Following years of spiraling, Adams eventually returned to the Bible for “something, anything to help” in the summer of 2000. It was then God began moving and working in her transformation — and calling her to vocational ministry.

“I knew that I was to blame for the choices in my life that led me away from God and all the peace that I sought after,” said Adams. “I also knew that I had to leave the life I’d been living completely and surrender to Jesus and let the Holy Spirit do something new in me. In my call to salvation was my call to vocation. I knew that God had a ministry for me. I just didn’t know what it was or what that meant.”

“My husband had no clue what happened to his wife, who was his fun girl. He knew I was different and knew that there was something real happening in my life. All I knew was that I had hope,” Adams said. “Eventually, I started attending church and convinced Alphie to come. He accepted Jesus, and we were both baptized. In the years that followed, we were each shown through prayer that we were called into ministry.”

Travelling to different parts of the country as they volunteered in ministry, the Adamses eventually ended back at their hometown of Seaford, Delaware, in 2018 and were encouraged by The Wesleyan Church to plant a church in the area.

“I was terrified, honestly, of what that meant because I knew that God was calling us to finally step out and create this new expression in our hometown, which is a whole different level of hard because your hometown knows all your stories. We went to school here; we got into things and made mistakes here and sinned against God and man here,” Adams said. “Our neighbors and community have a full view of who we were and where we came from.”

But Adams believes God has and will continue to use her story to offer hope to a community in desperate need of it.

In September of 2021, the Adamses and a team of 25 others will launch Hope Church, which is intended to bring hope to the Delmarva area (the tri-state area of Delaware, Maryland and Virginia).

“We are losing friends that we went to high school with regularly to overdose, and we have a homeless population that is continuing to grow,” she said.

And though COVID-19 delayed Hope Church’s original launch date, the team has wasted no time investing in the community, offering tangible help.

Through connecting with local organizations and the local school, establishing necessary ministries during the COVID-19 crisis and developing real, intentional relationships with people, Hope Church is already bringing hope to the area — prior to its official launch date.

“I’m so proud of our community and so proud of what we’ve been able to accomplish without even having a building,” Adams said. “We’re just this little group of people that are seeing God use us to move and do things.”

As Adams awaits the ever-approaching launch of Hope Church this September, she continues to remain in awe at the work God is doing not only in her life but in the lives of those around her.