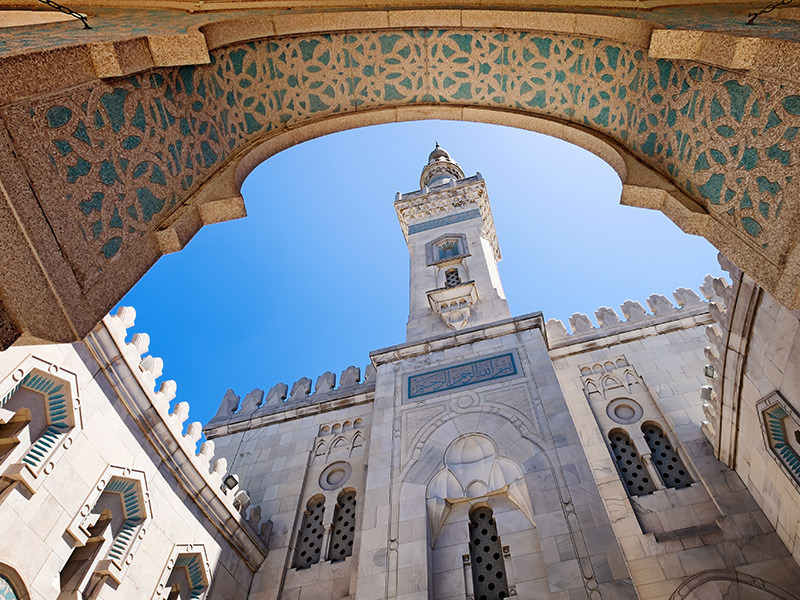 From Muslim to Christian: one young man’s journey

How King David, youth groups and Christian friends helped a Muslim, living in the Deep South, find his way home.

I wonder how many of us have ever truly had our faith put to the test. Would we risk our personal comfort, our ego, family relationships — our very lives — to be counted as Christ followers?

Living in America, especially in the Bible Belt, we take the ability to openly worship for granted. But when you are a Muslim regularly going to mosque with the whole family, immersed in Islam, you don’t get many chances to explore other religions, let alone convert to Christianity.

That’s why it is so remarkable that a young man who grew up in an Islamic household in rural Pickens County, South Carolina, went against everything he was taught and came to know Christ. His story is as inspiring as it is convicting.

Aasim* had many questions about the Islamic faith as early as age six. Questions such as, “What if I only prayed four times a day instead of five to Mecca? What would happen to me?” And then there was that day in the fourth grade when he had a “Muslim moment” by mistaking BBQ for beef.

“When I found out I accidentally ate pork I bawled all day thinking I was going to hell,” said Aasim.

As he entered his pre-teen years, his questions multiplied. His interest in Christianity started by reading Bible stories about David and Goliath and how King David spared Saul’s life, even though he had many opportunities to kill him. To someone who grew up in the Muslim community, that story was “mind-blowing,” according to Aasim.

The ultimate showstopper, though, is the story of Jesus dying on the cross.

“Any Muslim who truly grasped the love that Christ showed us on the cross would have a change of heart,” said Aasim.

At age 13, he began to fully understand the gravity of that change of heart from Islam. He started being more curious about Christianity in seventh grade and started sneaking out of the house to attend various church youth group events. By eighth grade, he was invited to a three-day “Cola Wars” Christian youth event being held in a local park. It was on the first day of that event that he accepted Jesus as his Lord and Savior.

By the third day, he was openly worshipping in the park when he locked eyes with his father who was there to play soccer. You can imagine the stare down. This was not going to go well. There is a reason Jesus tells us in Matthew 10:34-36 that he came not to bring peace but a metaphorical sword that would divide a man against his father, a daughter against her mother, and so on.

For the next four years, Aasim went through occasional periods where he and his parents did nothing but argue. He also felt isolated and for good reason — shortly after becoming a Christian, he was told while on a family vacation to Canada that he and his mother would not be returning to the U.S. They were to stay in a neighborhood that was predominantly Muslim while his dad went back to his job in the States.

Things were actually tolerable for a while at school in Canada with his Muslims peers who did not mind that he was a Christian. That is, until they found out he was originally a Muslim who converted to Christianity. That, as it turns out, is totally unacceptable. After being bullied a few times by his Muslim classmates, Aasim’s mother saw the bruises on his back and quickly decided to move back to South Carolina to rejoin the rest of the family.

Back in South Carolina, things improved, even though his parents called on friends to speak to their son and help debunk Christianity. Now in tenth grade, he began regularly sneaking out of the house to attend a youth group at ALIVE Wesleyan Church in Central.  But this deception was hard on him. “I struggled with ‘honor your father and mother.’”

His next high/low day came when he decided to get baptized at ALIVE by Youth Pastor Matt Irvine. Irvine noted that about 10 people from three different churches came to see Aasim be welcomed into the family. “It was beautiful,” Irvine said. Once again, things turned ugly fast. After being suspicious about where her son was and then finding the baptismal photos on his phone, Aasim’s irate mother went looking for someone at the church to blame for brainwashing her son.

Irvine is the one who met her wrath. And while neither Aasim nor Irvine regret Aasim’s conversion to Christianity, they both look back on that day as bittersweet.

“I do reflect on the hurt and pain I saw in his mother’s eyes, and I wish I could fix it,” said Irvine.

“It makes me think about how much God loves Aasim’s parents, and how much he desires them to know that,” said Irvine. “Sometimes we get really focused on ‘winning souls to Christ,’ and I know that’s our aim, but sometimes we can dehumanize people who don’t yet know Jesus. His mother was hurt and angry and scared, ashamed and worried about being a social pariah in her community, and that breaks my heart as I reflect on it.”

Fast forward to today and you will see an affable Aasim, now age 21. He graduated from Clemson University and moved out on his own. Asked if he ever regrets leaving the Islamic faith, he gives an emphatic no! But adds “I didn’t handle everything with grace … I regret some of my actions. But I don’t lie about it anymore.”

He works in a small hospital as a monitor technician/nursing assistant and is considering medical school. Because of his job, he interacts with many people who are hurting. And not just physically. “I see so many people in Pickens County who do not know the love of God,” he said.

That’s how it came to pass that Aasim found himself recently reading the Bible with, and praying for, a 44-year-old female methamphetamine addict and amputee in the hospital. While some had dismissed her as the “meth head” they didn’t want to deal with, Aasim saw her as a child of God. One day she sheepishly asked, ‘Can you tell me why some sentences in the Bible are in red letters?” No one had ever explained that or many other things about Jesus to her.

“I realized then that no one has shown her the love of Christ,” said Aasim.

No one, in a community with a church on every corner, had ever shown her the love of Christ. Thankfully for her, several people in his past had shown Aasim that love.

“It wasn’t a certain youth group or youth pastor that led Aasim to Christ,” said Irvine. “When you recount his story, it’s so clear how God sets up circumstances and pursues us. Our friend was invited to an outdoor outreach event where he gave his heart to Jesus, then got connected to a couple mentors who were youth volunteers. Eventually he found his way to ALIVE Wesleyan, where he continued to be discipled and was baptized. But it was the body of Christ in various local expressions and her precious leaders and lay people who were instrumental in Aasim‘s journey.”

Note: Aasim’s name has been changed.

Jennifer Jones is the district administrator for South Carolina District of The Wesleyan Church.