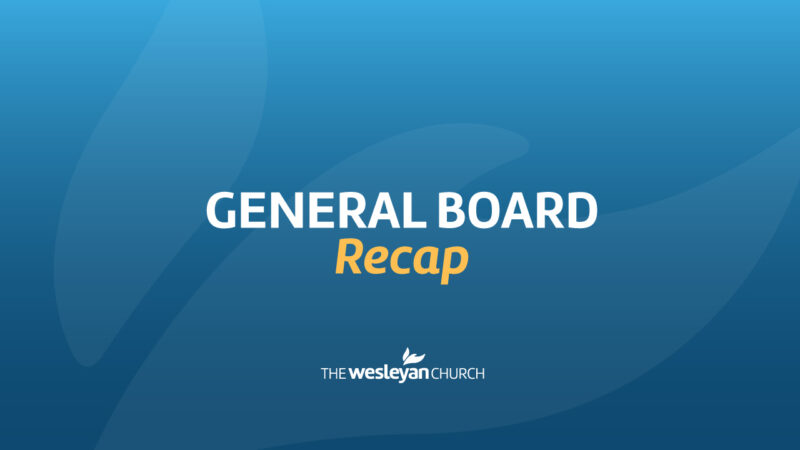 General Board convened for final 2022 session

Newly elected quadrennial board closes the year with the 147th General Board session.

The 147th session of the General Board, held at The Wesleyan Church (TWC) Headquarters on November 15 and 16, 2022, was significant due to the number of new members. The board, elected to serve until the 15th General Conference scheduled for 2026, is comprised of 21 new and 16 returning members. 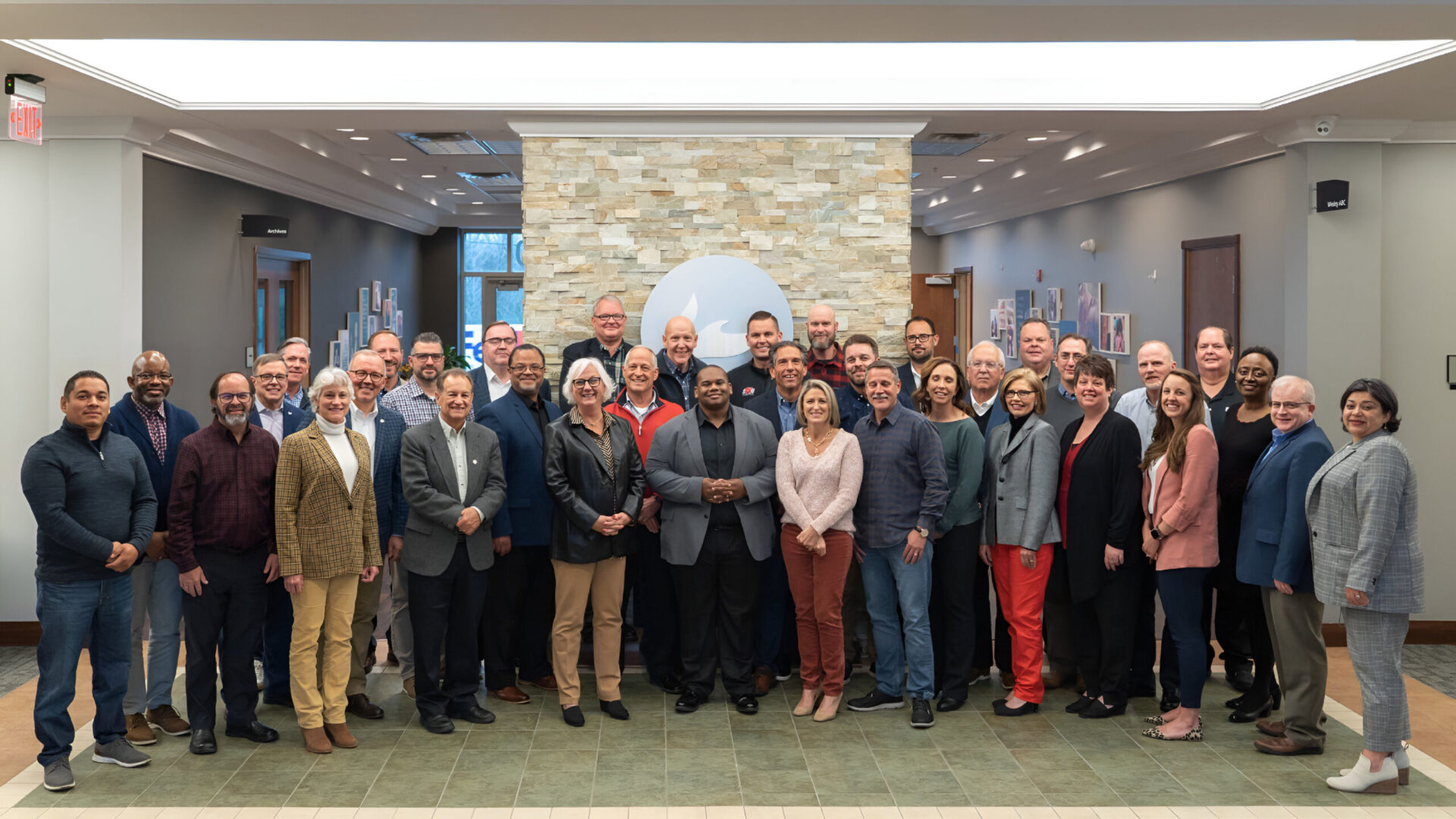 General Superintendent Dr. Wayne Schmidt during his “State of the Church” report noted a remaining weariness across the denomination; expressed gratitude for the opportunity to clarify TWC’s statement on human sexuality and relationships from a biblical perspective at General Conference; shared his awareness of complications involving the implementation of Memorial 350 regarding the General Church Financial Plan; and, after celebrating Wesley Seminary being recognized as the official seminary of The Wesleyan Church, identified the need to define how TWC partners with Indiana Wesleyan University and Wesley Seminary. 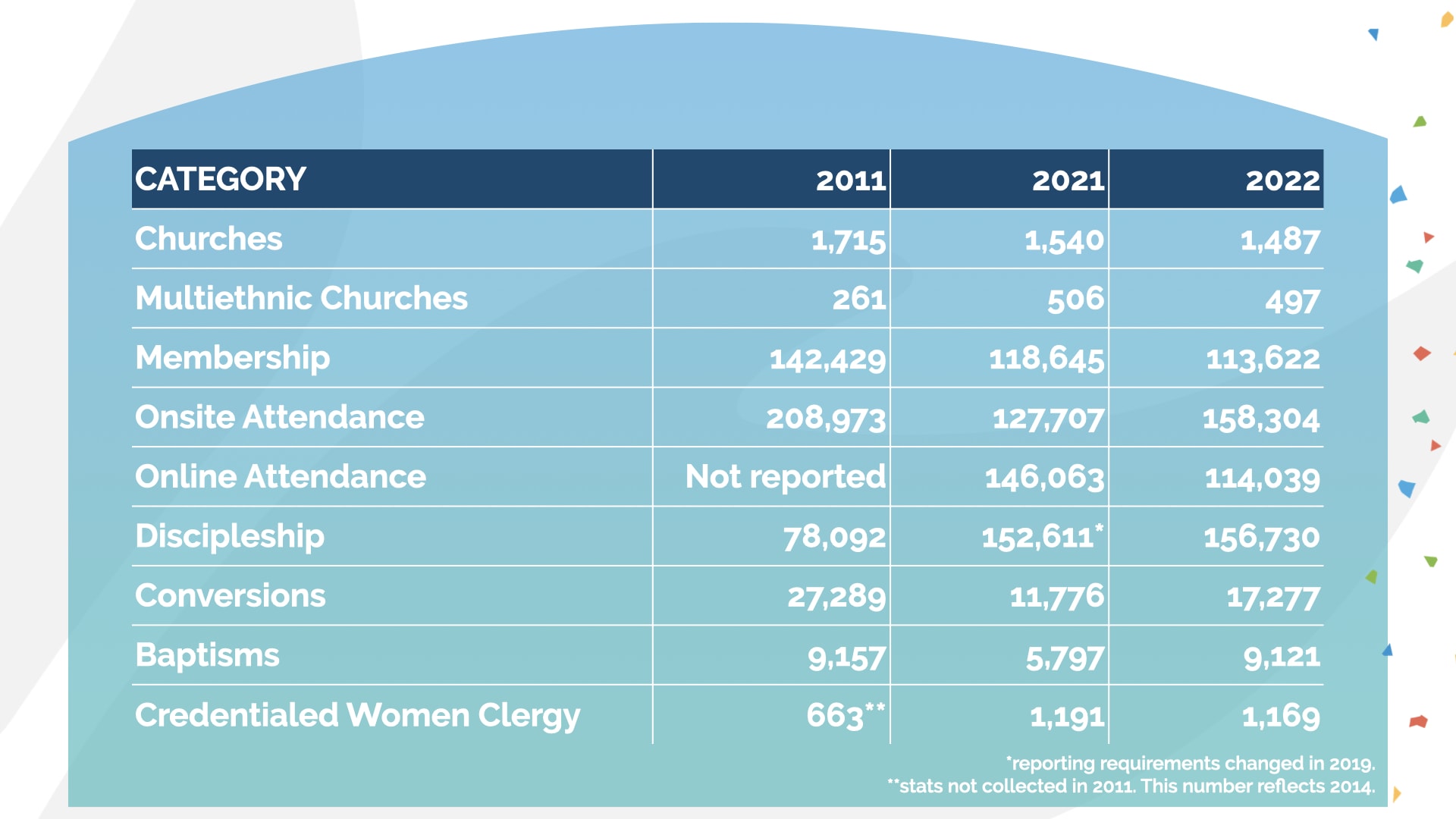 The Chair concluded his comments by referencing a conversation he had at General Conference. Prompted by the ongoing decline in TWC statistics, a pastor explained his desire to help reverse the trends but didn’t know where to start. This conversation triggered for Dr. Schmidt and the Executive Cabinet an assessment and alignment of resources available to help every church be an Acts 1:8 church. The General Board dedicated time to review and contribute to the assessment and resources alignment effort. Acts 1:8 will be presented at the 2023 district conferences.

Tuesday evening, General Superintendent Emeritus H.C. Wilson was honored for his exemplary service to The Wesleyan Church and the General Board in preparing for the 14th General Conference.

Business items included the approval of ministerial development forms, “General Board Policy” judicial process updates, and the formation of an Audit Committee, Homosexuality Position Paper Study Committee and General Board Standards of The Wesleyan Educational Institutions Task Force. A report was provided on the Memorial 857: Approval Process for Withdrawing from the Denomination Study Committee’s first meeting.

The Chair explained that passage of Memorial 52: Constitution: Amendment Regarding Gifts of the Spirit at General Conference put the North American General Conference (NAGC) of The Wesleyan Church in conflict with The Essentials (Charter of the International Conference of The Wesleyan Church (ICWC), “The Discipline” Appendix A 6520 and 6730). The Chair recommended that the General Board, on behalf of the NAGC and in accordance with Memorial 52’s intent, present an amendment to the ICWC to have paragraph 6725:3c removed from The Essentials to allow for contextualization by each General Conference. The General Board approved the amendment which will be communicated to ICWC by General Superintendent Schmidt and Global Partners Executive Director Dr. Dennis Jackson.

Noting pathways for gradual participation in assessments have been a part of merger agreements with preceding denominations joining The Wesleyan Church (Standard Church and Evangelical Christian Church), the General Board adopted a five-year United Methodist Church disaffiliated church integration plan expiring on January 1, 2025.

The General Board also approved the joint exploration by TWC and Wesleyan Investment Foundation (WIF) leaders of TWC World Headquarters building ownership. TWC owns the building which houses WIF and TWC General Church offices. WIF’s growing staff needs and the lessening need for TWC staff offices motivates the exploration. A recommendation will be presented at the May 2023 General Board meeting.

General Secretary Janelle Vernon provided the timeline for publishing “The Discipline 2022.” A PDF is available for download at www.wesleyan.org/discipline. Additional e-book formats of “The Discipline 2022” will be a released in mid-December. A Wiki version will be available before 2023 at discipline.wesleyan.org. Print copies (hardback and paperback) are on track for a spring 2023 release at www.wes.life/shop-discipline.

The next General Board meeting is scheduled for May 2 and 3, 2023, at The Wesleyan Church Headquarters.