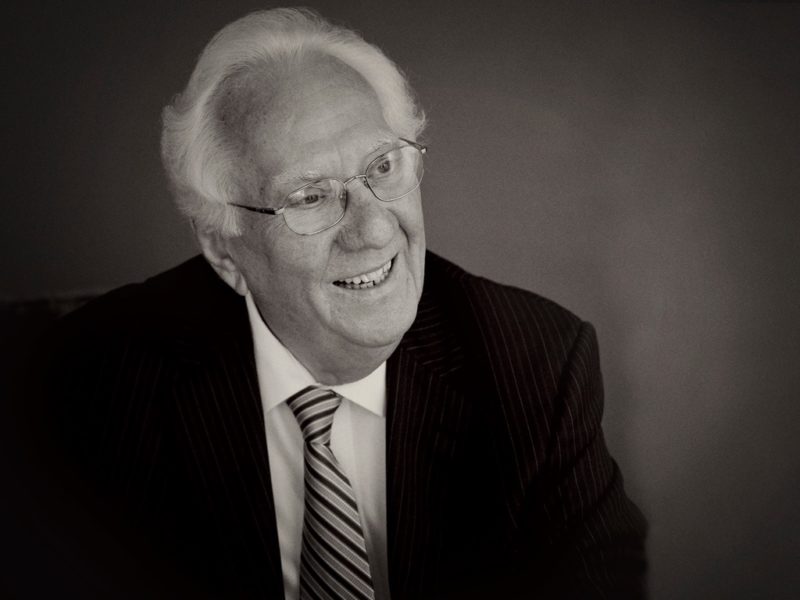 Church leader, educator, pastor, author and renowned preacher of the gospel, Earle Lawrence Wilson was promoted to heaven on November 24, 2020. His homegoing was just days before his 86th birthday. Instead of a celebration on earth, the General Superintendent Emeritus of The Wesleyan Church joined the eternal celebration in the presence of the One he so faithfully served on earth. And instead of birthday greetings from friends and family, he experienced the welcome of heaven’s King Jesus with the words, “Well done, good and faithful servant.”

In a video interview months before his death, he encouraged pastors not to struggle over presenting something new on Easter Sunday. “Tell us the old, old story.” Wilson said to preach the resurrection, that Christ destroyed the end. He said, “The new is going to be better. God has better plans for us. When he appears, we shall be like him. And I am satisfied with that.”

A preacher by passion and not just profession, Wilson was known throughout the church world as a dynamic speaker and Bible expositor who preached under the anointing power of the Holy Spirit. It was said that he didn’t just grace the pulpit — he grasped it as a pilot at the controls of an airliner. His listeners represented all ages, education and cultural groups and Christian or non-Christian traditions.

Dr. Wayne Schmidt, General Superintendent of The Wesleyan Church, said in announcing Earle L. Wilson’s passing, “On a personal note, Dr. Wilson was part of more than a few pivotal and formative moments in my life and ministry, including his prayer for me immediately after my election as General Superintendent at General Conference 2016. We join heaven in rejoicing over his faithful ministry.”

Elizabeth Childs Drury wrote, “I grew up admiring and being shaped in the pew by Dr. Earle Wilson. His skill as an orator captivated me from the time I was a child.”

Kevin Dunovant said, “Thankful for the ministry of Dr. Earle Wilson. I loved to hear him preach and will never forget him speaking at the 2003 Wesleyan youth convention in Charlotte, North Carolina. It was that day, after hearing him speak, that I confirmed my call to ministry.”

Mark Wilson noted, “I admired [Earle Wilson] so much. He was my all-time favorite preacher.”

Born December 8, 1934 in Rensselaer, New York, to devout parents Lawrence W. and Wilhelmina (Knapp) Wilson, he and his two brothers and two sisters were raised in loyalty to the kingdom of Christ and the local church. His parents spoke with parental pride of Earle and his brother Norman as their “preacher boys.” Both became preachers whose sermonic skill and oratory influenced people globally.

Recently celebrating their 65th wedding anniversary, Earle and his Bible college sweetheart, Sylvia Beck, met at the former Eastern Pilgrim College in 1953 and were united in marriage on November 5, 1955. Three children were born to that union: Debarah Ann, Stephen Earle and Colleen Ruth. Sylvia worked in hospital administration the first 18 years of Earl’s ministry to help provide for the family and to finance his education. Retiring after Wilson’s election as General Superintendent of The Wesleyan Church, she traveled with him to nearly 100 nations and to national districts and universities, speaking to women’s groups and counseling missionary wives.

Wilson received B.S. and Th.B degrees from the former Eastern Pilgrim College, Allentown, Pennsylvania in 1955; a Master of Divinity degree from Evangelical Seminary, Myerstown, Pennsylvania in 1965; and a Master of Theology degree from Princeton Theological Seminary, Princeton, New Jersey in 1967. Doctor of Divinity degrees were conferred on him by Houghton College (Houghton, New York) in 1974 and Southern Wesleyan University (Central South Carolina) in 2005. He received a presidential citation from Indiana Wesleyan University (Marion, Indiana) in 2007.

Active in other evangelical and holiness organizations, he was a member of the World Methodist Council (members of denominations and institutions who trace their theological origins to John and Charles Wesley) from 1988-2008. In 2000, he became the first non-Methodist president of the World Methodist Council and continued until 2005. Other organizational service included serving on the board of trustees at Asbury Theological Seminary and chairman, program director and secretary of The Christian Holiness Association.

He authored We Hold These Truths: A Guide to Wesleyan Beliefs; Holy and Human: Overcoming Spiritual Struggles to Live a Holy Life; Commentary on Galatians, Wesleyan Bible Commentary series; and The Long Road Home: How God Forms Our Prodigal Souls. He also was a contributing author for Journey into Holiness: Experiencing God’s Power for Holy Living, Wesleyan Life and Wesleyan World Fellowship magazines and The Preacher’s Magazine.

In addition to the offices he held, Wilson preached in camp meetings, ministerial conferences, holiness conventions, revival services in local churches and commencements throughout The Wesleyan Church and in many other denominations.

He was preceded in death by his parents, Lawrence W. and Wilhelmina (Knapp) Wilson; a sister, Augusta (Marvin) Wolfe, a brother, Alvin (Marcia) Wilson, and a grandson, Bennet Walter.

Rev. Jerry Brecheisen is a retired Wesleyan pastor and former direction of communications at The Wesleyan Church Headquarters.