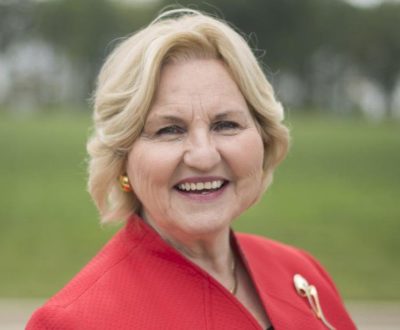 Dr. Jo Anne Lyon, General Superintendent of The Wesleyan Church and executive board member of the National Association of Evangelicals (NAE) was a part of a delegation led by NAE president Dr. Leith

Dr. Jo Anne Lyon, General Superintendent of The Wesleyan Church and executive board member of the National Association of Evangelicals (NAE), was a part of a delegation led by NAE president Dr. Leith Anderson that met with President Barack Obama on October 12, 2011. The 30-minute meeting was held in the Roosevelt Room of the White House.

NAE had asked for the meeting to discuss several issues of concern to evangelicals: international religious liberty, faith-based hiring rights, strengthening marriage, global and domestic poverty issues, and immigration reform. Dr. Lyon said the meeting with President Obama was “warm and cordial.” The President opened the meeting with his concern about the need for jobs in America, and then expressed, “I am here to listen, and I want to know what your concerns are.”

Dr. George O. Wood, General Superintendent of the Assemblies of God USA, inquired about the current status of international religious liberties and faith-based hiring rights, thanking the President for White House and Department of State efforts on behalf of Pastor Youcef Nadarkhani, the imprisoned Iranian pastor.

The issue of strengthening marriage was addressed by Rev. John Jenkins Jr., pastor of First Baptist Church in Glenarden, Maryland. He expressed the NAE position that marriage is between one woman and one man and also expressed concern over the failure to uphold the 1996 Defense of Marriage Act.

Commissioner William Roberts, National Commander of The Salvation Army, addressed the issue of poverty and how budget cuts affect the most vulnerable in America and around the world.

In addition to Dr. Lyon, Wesleyans in attendance included Mission Exchange CEO Rev. Steve Moore and Houghton College President Dr. Shirley Mullen. At the conclusion of the meeting, Dr. Anderson led the delegates in prayer for President Obama. The President, in turn, expressed his gratitude for their concern and said that he would always welcome their prayer on his behalf.