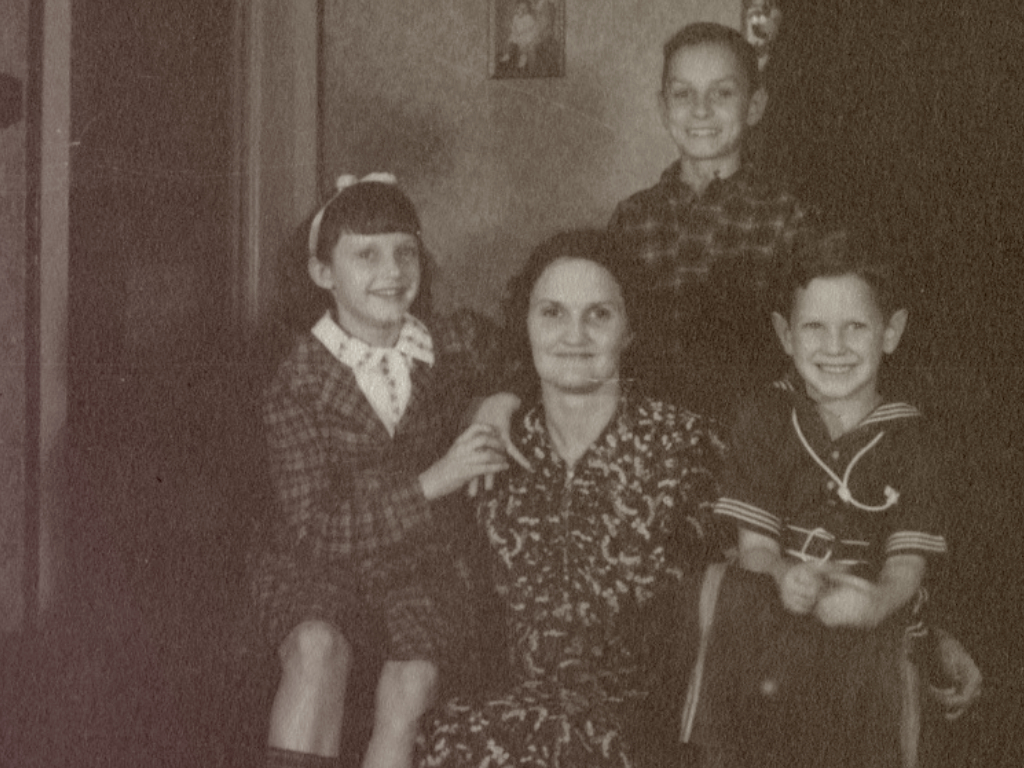 As we seek to be imitators of Christ, do we realize that our lives carry a ripple across time for our family, our neighbors, our co-workers, the people that we talk with in meetings or in conversations at the store?

A butterfly flies by a tree. The wind from its wing causes a leaf to fall from a tree. The leaf floats through the air across my yard and lands in my gutter. And now, I must go clean that gutter. Stupid butterfly effect.

As a child, it was difficult to understand the Scriptures as something other than a series of isolated stories. As an adult, and in seeking to better disciple my daughter, I’ve deeply appreciated the resources that lean into understanding the narrative butterfly effect, which weaves its way through the stories.

I think about Rahab. What brought her to her decision of faith in the God of the invading Israelites? That decision set a course for the redemption of her daughter-in-law, Ruth — another woman of faith who would choose to put her trust in God.

Who was impacted by Rahab’s decision of faith? Her family? A nation? You and me? The effects of the decision go far.

Unfortunately, the same is true for the bad decisions. King Saul would be far less than fully obedient to God, holding King Agag hostage, taking the Amalekites’ plunder and not fully dealing with them as instructed. Fast forward about 550 years, and Mordecai and Esther desperately work to deal with Haman the Agagite, a bad man believed to be a descendant of Agag the Amalekite.

Who was impacted by Saul’s decisions? His family? A grandson who suffered a horrific injury as his nursemaid tried to escape with him as Saul’s reign crumbled? The nation? Esther and Mordecai?

When we start pulling back to examine the butterfly effect of past decisions, it opens the reality that our lives, our calling, our work, the little things and the big things that we do are not just about us. What we do today, the work that we’re involved in, ripples out across time and may have an effect far greater than we ever anticipated.

In the “extended edition” of the third commandment we read, “You must not make for yourself an idol of any kind or an image of anything in the heavens or on the earth or in the sea. You must not bow down to them or worship them, for I, the LORD your God, am a jealous God who will not tolerate your affection for any other gods. I lay the sins of the parents upon their children; the entire family is affected — even children in the third and fourth generations of those who reject me. But I lavish unfailing love for a thousand generations on those who love me and obey my commands” (Exodus 20:4-6, NLT).

The things we do ripple across time. 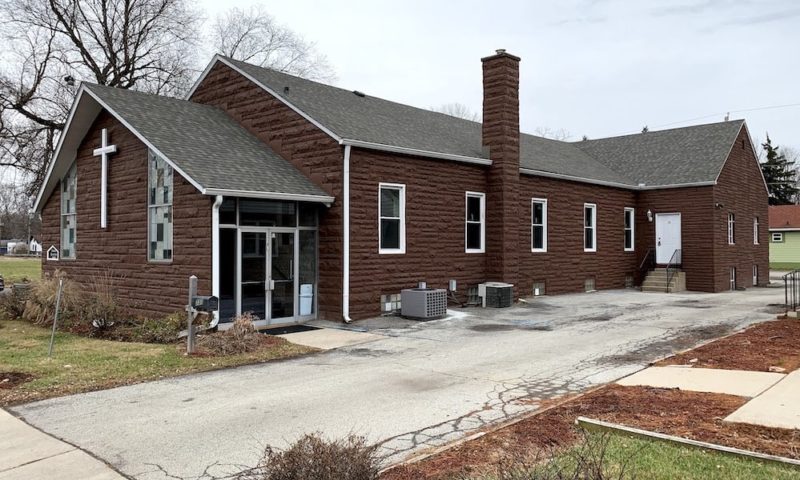 I see it in my own family. The thing that ties me to The Wesleyan Church, to the congregations I’ve served and the job I hold now began three generations ago. Even though I moved from South Carolina to Indiana for this job, my story has local ties, happening just 16 miles from where I am typing.

There was a passionate group of church planters in the Pilgrim Holiness Church led by Rev. Walter Speck. They wanted the people of 46th Street in Indianapolis to know about Jesus. The Adams and Emery families were part of that community.

Oren Emery ran out of pipe tobacco and razor blades one day, so the family made a trip out of it, loading up the car and heading to the local drug store. 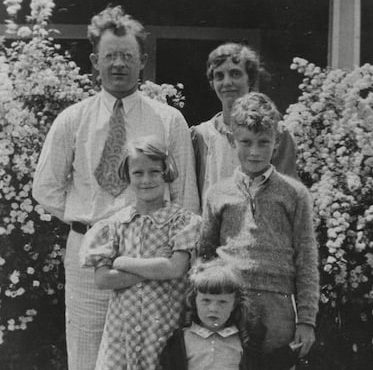 Oren (back left) and my papa (center right)

While Oren ran in to get what he needed, the family sat in the car where, in the lot nearby, a tent meeting service was going on. When Oren returned to the car, his wife asked, “Can we stay and listen to the music for a little while?” They stayed.

The next night, she asked, “Can we go back and listen to the music again?” They did, staying in the car, but this time, they parked in the lot.

The third night, they moved inside to the back row of the tent, and by the end of the evening, Oren was at the altar, making a commitment to Christ.

Walter and Gladys Adams moved their family (and the liquor still they operated out of the basement) into the community where she was warned about Mrs. Hanna, a blind lady who went to that Pilgrim Holiness Church and liked to go door-to-door telling her neighbors about Jesus. “Watch out for her. She’s crazy,” said the neighbors. 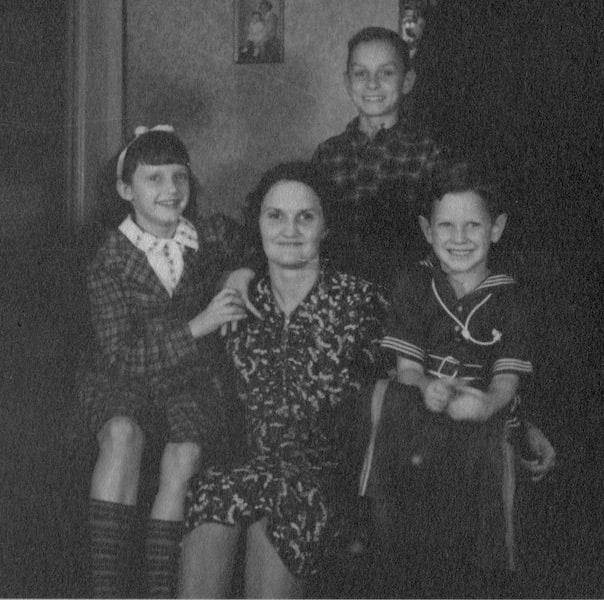 Mr. Adams went to work one day and came home to find the still smashed. Can you guess who had come by? Mrs. Hanna. And who had opened the door? Gladys.

Oren Emery’s son, Dale (my papa), and Gladys Adams’ daughter, RuthAnne (my grandma), lived in the same neighborhood, went to the same school and attended that same Pilgrim Holiness church where eventually they committed their life and service to the Lord and to one another as husband and wife.

And that’s just my mom’s side of the family. There’s more of the same in my dad’s family, like Betty Reed, who faithfully picked up my dad, the son of a widower driven to violent alcoholism, and faithfully took him to what is now Victory Highway Wesleyan Church (Painted Post, New York) where the Lord would one day call him to a relationship with him and a life of ministry.

Or Rev. Bill Kinnan who, as an employee of United Wesleyan College in Allentown, Pennsylvania got to know my dad, a university student. On a trip to visit his sister at Wesleyan Headquarters, then in Marion, Indiana, he ran into my mom and asked her permission to give my dad her number.

Jesus knew this. He lived his life for us. The ripple effects of his redeeming work are carried to you and me. And now, as we seek to be imitators of Christ, do we realize that our lives carry a ripple across time for our family, our neighbors, our co-workers, the people that we talk with in meetings or in conversations at the store? To put it in the words of Conspiracy Charlie, “It’s all connected.”

In his devotion for November 1st, Oswald Chambers wrote, “God divides the private life of His saints and makes it a highway for the world on one hand and for Himself on the other.”

Who is your life being lived for? Who is it a highway for? Who will feel the effects and where will the ripples carry them?

Rev. Matthew Tietje is digital curator for The Wesleyan Church.