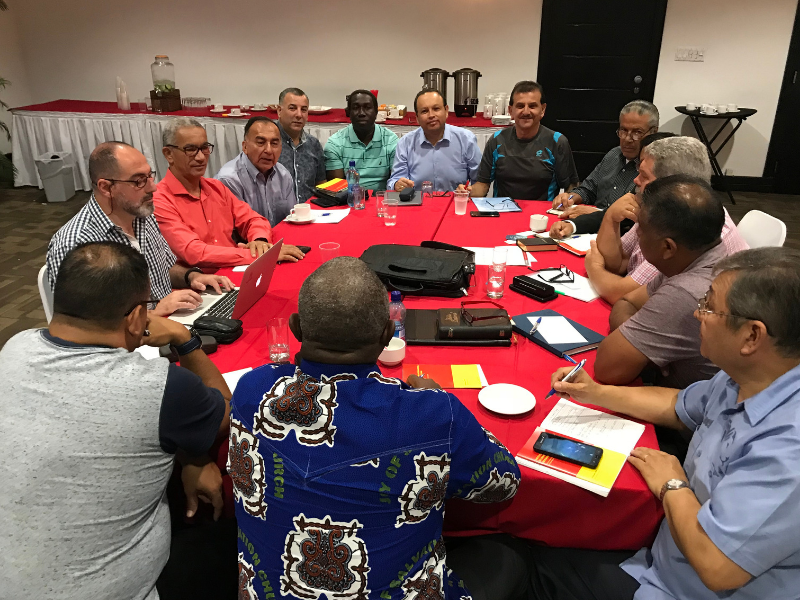 Giving vision to the International Conference of The Wesleyan Church

The ICWC is a meeting place for international leaders of The Wesleyan Church to come together to fellowship, pray and cast a global vision to amplify local church mission for global transformation.

As the International Conference of The Wesleyan Church (ICWC) prepares to meet for the fourth time, on May 12 – 14, 2019, Rick West, Ibero-America interim field coach, explains the importance of ICWC in celebrating what God is doing globally through Global Partners and The Wesleyan Church. More than 200 leaders from across the world are expected to attend this quadrennium event focused on mission sending from everywhere to everywhere.

Why gather at ICWC?

The ICWC is a meeting place for international leaders of The Wesleyan Church to come together to know one another, fellowship, pray together, grapple with current social issues and doctrinal issues, and cast a global vision to amplify local church mission for global transformation.

What is the purpose of ICWC?

The ICWC represents a global Wesleyan Church family in more than 90 countries. Fellowship, along with administrative, financial and doctrinal accountability, is maintained through a worldwide structure that includes mission units, established national and regional conferences as well as general conferences (modified from ICWC website).

What is celebrated at ICWC?

Ministry growth around the world, learning new strategies for global transformation. As reports are shared, victories are celebrated. Yet we also mourn with those who endure severe persecution or passed through horrific natural disasters, both of which are common in certain corners of the globe. The ICWC celebrates who we are in Christ as Wesleyans strive together to be the head, hands, feet and heart of Jesus around the world.

What are you celebrating in your geographical area of the world?

It was a warm, balmy morning and the smell of strong coffee filled the air as we sat in an open-air café in downtown Panama City, Panama, the middle of the Americas. There were seven of us around the table that March morning in 2006, Wesleyan leaders from Chile, Colombia, Costa Rica, Puerto Rico, Panama and the United States. As area director then, I challenged three of the key JIBACAM board (Latin American Missions Board) members to step away from JIBACAM and form an Ibero-American Wesleyan Fellowship, along with additional members from the area. The purpose of the fellowship was to link Wesleyan ministries in all Spanish and Portuguese-speaking countries in a step toward internationalization. The fellowship has served as an umbrella organization for the “next generation mission outreach” and has provided a foundation for the formation of the Ibero-American Established Regional Conference (ERC). The ERC project was approved by the North American General Conference in 2016. The ERC project now goes before the ICWC for the final approval stage with 19 countries forming the ERC of Ibero-America.

The term, Ibero-America, is well known in the Spanish and Portuguese languages as: Iberoamérica. When the area expanded from six countries in 1995 to 19 countries, the former name, Latin American area, no longer fit. The expansion included Spain and Equatorial Guinea, the only Spanish-speaking country in Africa. However, Spain and Equatorial Guinea are not “Latino.” The term Ibero-America was chosen as it refers to the historical colonization of Spain and Portugal that make up the Iberian Peninsula in Europe.

It has been a joy to see the Ibero-American ERC develop over the past 13 years. Nothing was forced, but as leaders came together, meeting in numerous Skype phone conferences, traveling to many locations meeting face to face, providing for their own travel and lodging, they approved taking the step of faith to form the ERC.

Reference “Everywhere to Everywhere” and its context to your area

Each ICWC has sparked interest in other parts of the world. The ICWC resulted in a young lady from Costa Rica traveling to northeast India to provide vacation Bible school for children and train child evangelism volunteers. Everywhere to Everywhere is happening as Ibero-America is becoming involved with promoting, recruiting and training with a goal of deploying Latino missionaries to the Turkic-Arabic Area.