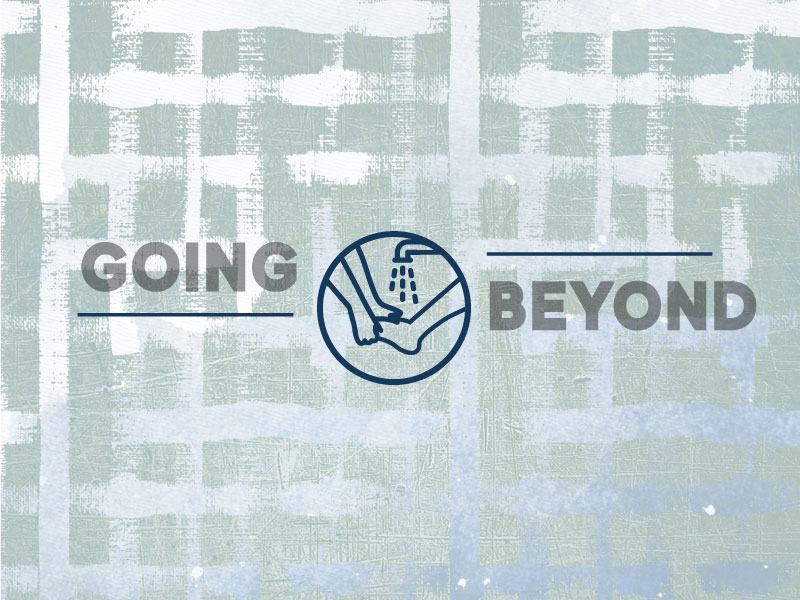 As Christ followers, we can have a servant attitude not just on Maundy Thursday, but every day.

“’Maundi’ is the Latin word mandatum, which means ‘mandate’ or ‘commandment.’ We have a commandment given by Jesus to love one another just as Christ loves us,” stated in the book, Preaching God’s Transforming Justice (Ronald J. Allen, Dale P. Andrews and Dawn Ottoni-Wilhelm, editors).

This celebration on Maundy Thursday, the Thursday prior to Easter, involves several practices. I am going to focus on one of them — foot washing, which took place as Jesus ate dinner with his disciples before he was crucified (John 13). This custom removed the dirt from the dusty roads that the disciples traveled upon. Jesus engaged in a task culturally assigned to slaves and by doing so, he set an example of what we should do.

We often use this scene as a way to remind others to follow up Jesus’ example of humility and servanthood attitude, Vanier reminds us that “The washing of the feet is not first and foremost an act we all have to imitate. It reveals how Jesus is calling all his disciples to an inner attitude of service and love in all things.”

Back then it was not seen as something appropriate. As a matter of fact, Peter’s opposition to Jesus washing his feet was the echo of what so many would’ve thought was lowering his status to wash the feet of his disciples. But Jesus began lowering his status and humbling himself in the moment he left his throne of glory described in Philippians 2:6 – 8.

How are we doing with the washing of others’ feet? Certainly, it is a practice we can imitate. None the less, I hope we can see beyond the walls of those whom we serve or are part of our community. In a culture where there’s not much celebration for those most vulnerable, we are challenged to make a difference in the midst of the times that we are living. We can have an attitude of service and love toward one another.

I believe the challenge is to go beyond Maundy Thursday. How about we set ourselves to have this servant attitude every Thursday? Or every day? When we realize the amount of opportunities, we have to go the extra mile for someone in need is where we begin to practice what Jesus began in that last night with his disciples. We can help those who’ve been traveling the roads of ministry, loneliness or singleness, for example, and invite them to enjoy a life of hope and restoration.

Servanthood can be seen in an act of washing other’s feet, but it also has a lot of faces. It is just a matter of being sensitive to what the Holy Spirit prompts us to do. Jesus set an example for the mandate he gave us — let us go and show God’s love in the same way he did.